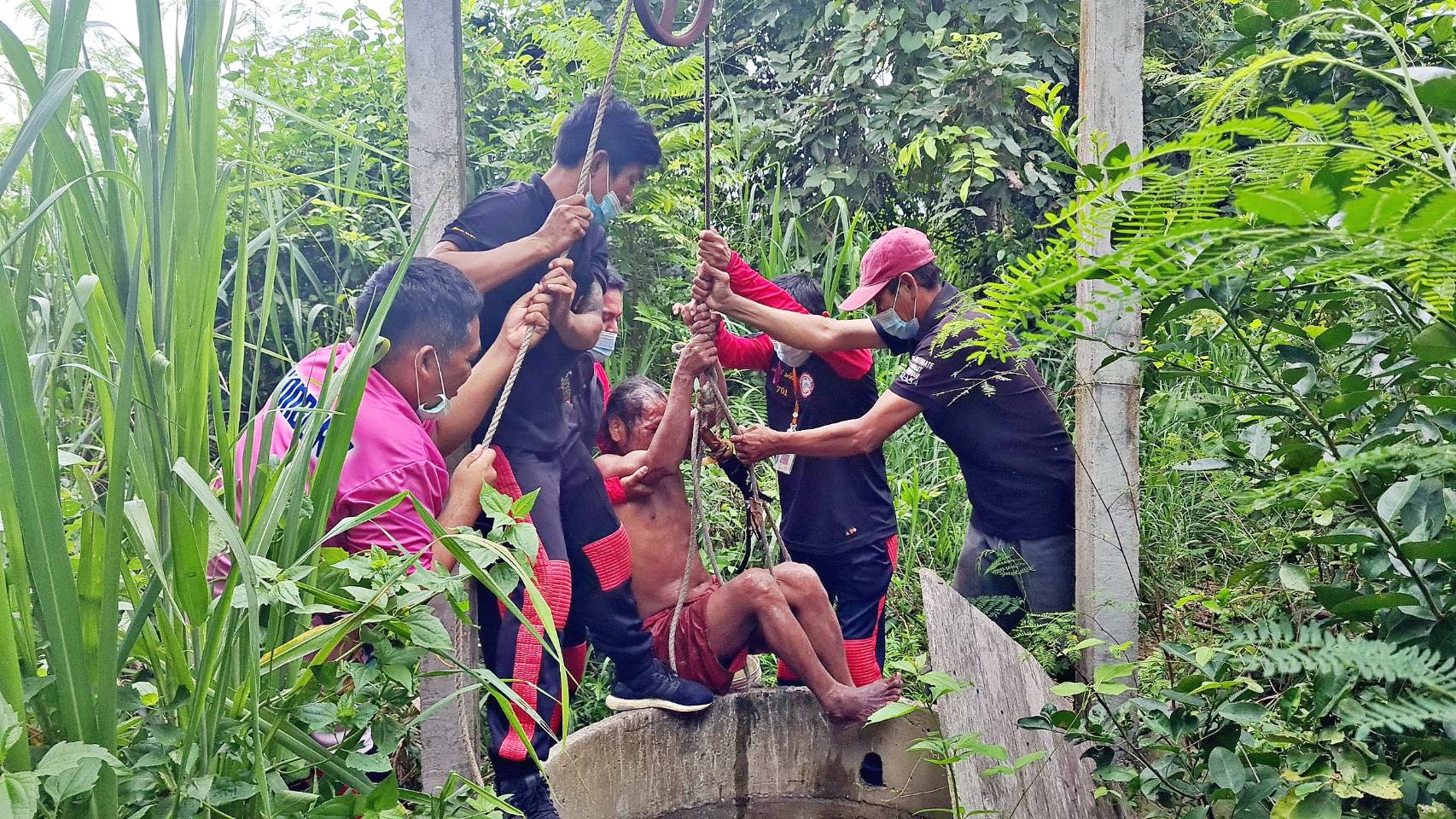 Social media led to finding a man who had been missing for about fifteen years. The man had fallen into a well and was rescued over the past weekend which went viral on social media, leading to his family recognizing him online from news coverage.

The Kled Kaew Municipality in Sattahip reports Mr. Lamead Mueanmai, 55, fell into a 17 meter deep well just before the past weekend. It took 15 minutes for rescue workers to pull him up with rope from the well. This story went viral on Thai media with the photo below, which led to shocked family members in Surin contacting Sattahip authorities. 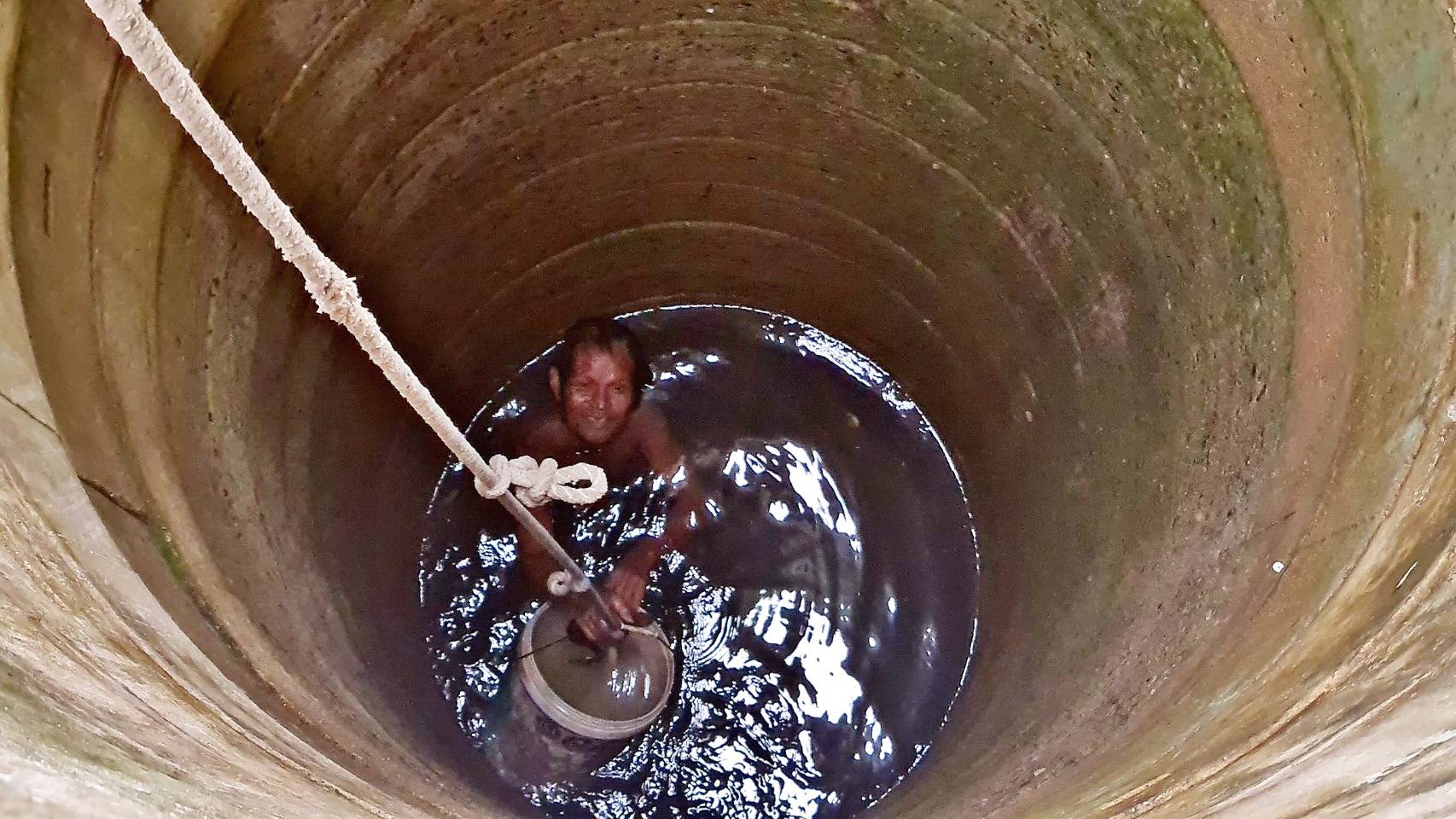 The Kled Kaew Municipality was notified by his relatives in Surin that Mr. Lamead was reported as missing 15 years ago. According to his relatives, nobody had seen or heard from Lamead since 2006 when he went missing in Surin, but there was never any sign of him passing away.

The Kled Kaew Mayor Mr. Yossawat Puwaratlertkun told The Pattaya News, “His relatives are very glad to see him and claimed they were looking for him since he was missing, having never given up hope that he was still alive. We let them talk on a video call after they contacted us and we went to visit Lamead at his shelter in a nearby wooded area. After Covid -19 testing as a precaution, we will help him meet his family.”

It was unclear why Lamead had been missing for fifteen years or what he had been doing during this time and Lamead refused to talk about it, only stating that he was pleased to be reunited with his family as he wiped away tears.  Lamead appeared to have been living in a dilapidated run-down half-wooden shack/shelter, seen in the picture below, in the woods. Local residents said Lamead stuck to himself, mostly living off the land, and didn’t bother anyone. Mr. Lamead told reporters, “I was looking into the well before I fell down by accident. I was waiting and shouting for five hours before some other local residents nearby heard me and called for help.”

Lamead is scheduled to undergo Covid-19 testing early this week and will then be reunited with his family for the first time in fifteen years. 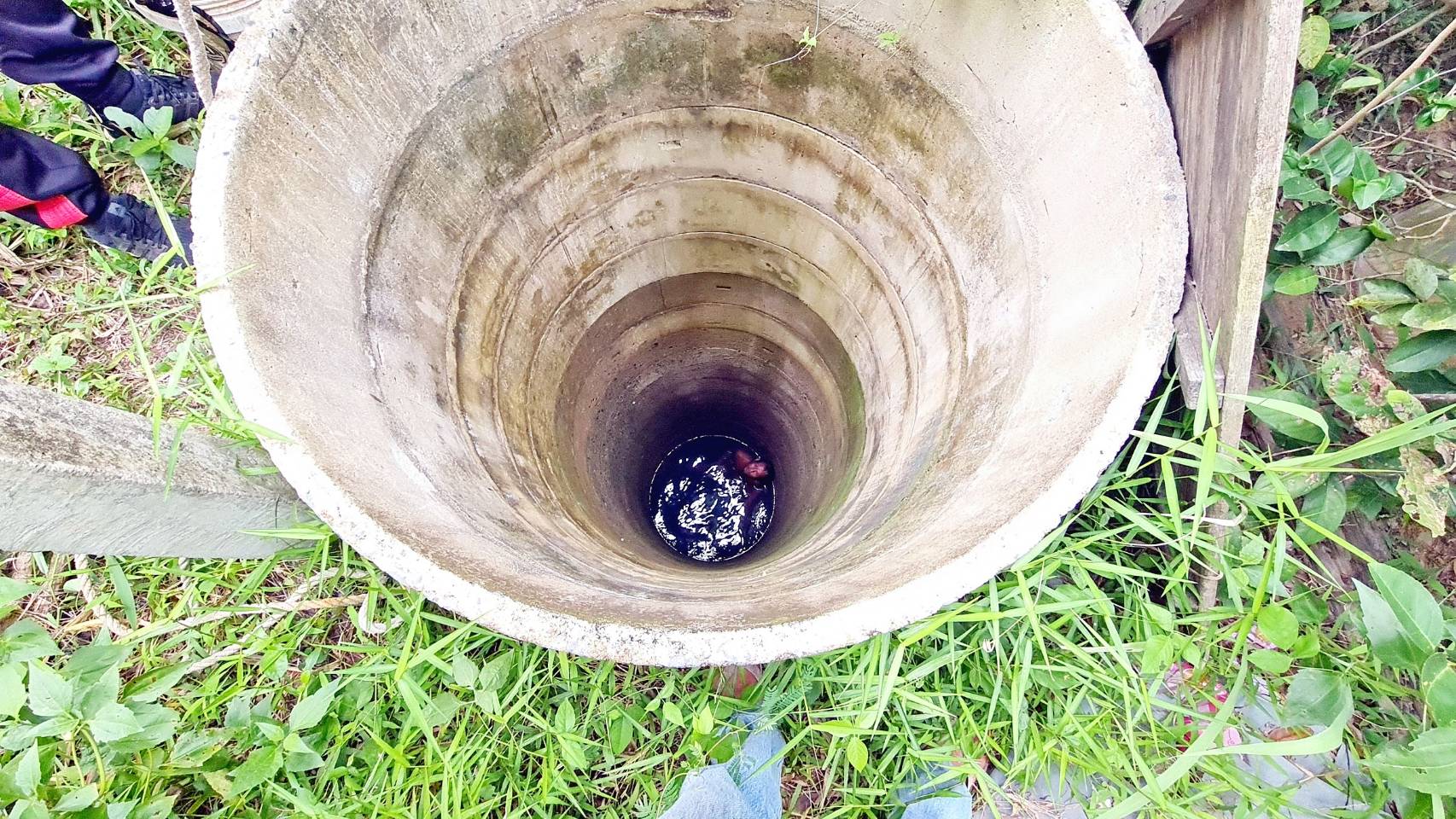