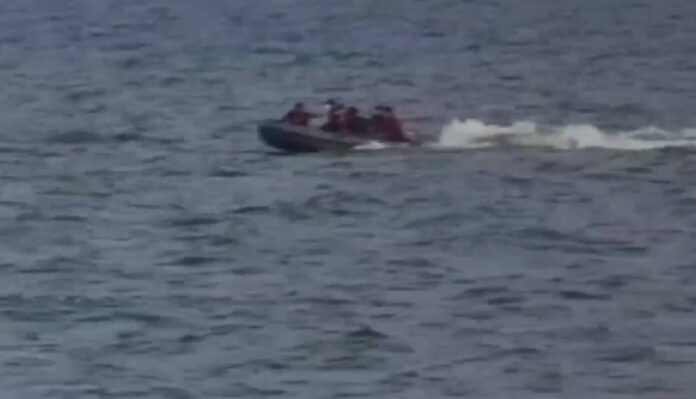 The body of a missing man was found floating in the sea after a speedboat reportedly sunk in Mueang Chonburi yesterday.

The Sanesuk Police was notified of the incident at 10:30 P.M. Thursday night (July 29th) at a beach in the Khao Sammuk area.

Our video report of this story is here:

They, first responders, and The Pattaya News arrived at the scene to find Mr. Tanawat Puengjaroeb, 59, who was shaken and emotional by the series of events. Tanawat, self-described as a strong swimmer, had managed to survive the incident by swimming to shore, over four kilometers away, with the help of an empty jug of oil to stay afloat.

Tanawat told Sanesuk police, “I and Mr. Jarukit Saisinnawat, 62, were driving a speedboat back to Chachoengsao from a funeral for Mr. Damrong Petra, the Koh Si Chang Mayor who had died from a heart attack.”

Mr. Petra passed away earlier this month peacefully at home and had been mayor of the Koh Si Chang sub-district for 22 years. He was seen as responsible for numerous projects that improved the quality of life on the island such as better electricity grids and protection of coral reefs and the environment.

“There was a strong wind, which brought significant waves causing our speedboat to capsize. Mr. Jarukit was last seen by me holding onto a log while I was holding an empty oil container.”

“I managed to swim to the land which is about five kilometers from the area that the speedboat capsized,” Tanawat stated, who used the oil container to stay afloat as he swam nearly five kilometers, according to him.

Once Tanawat reached shore, he contacted people nearby to call marine patrol who immediately jumped into action searching for Jarukit.

The search for Mr. Jarukit was undertaken overnight until around 10:30 A.M. (July 30th) the body of Mr. Jarukit was found dead wearing only underwear about one nautical mile from a beach.

Rescue divers told The Pattaya News that Mr. Jarukit might have taken off all his clothes to shed weight while trying to swim and survive but failed. Jarukit, described as a strong swimmer by Tanawat, had managed to make it nearly four kilometers, but tragically lost his life within sight of the shore. 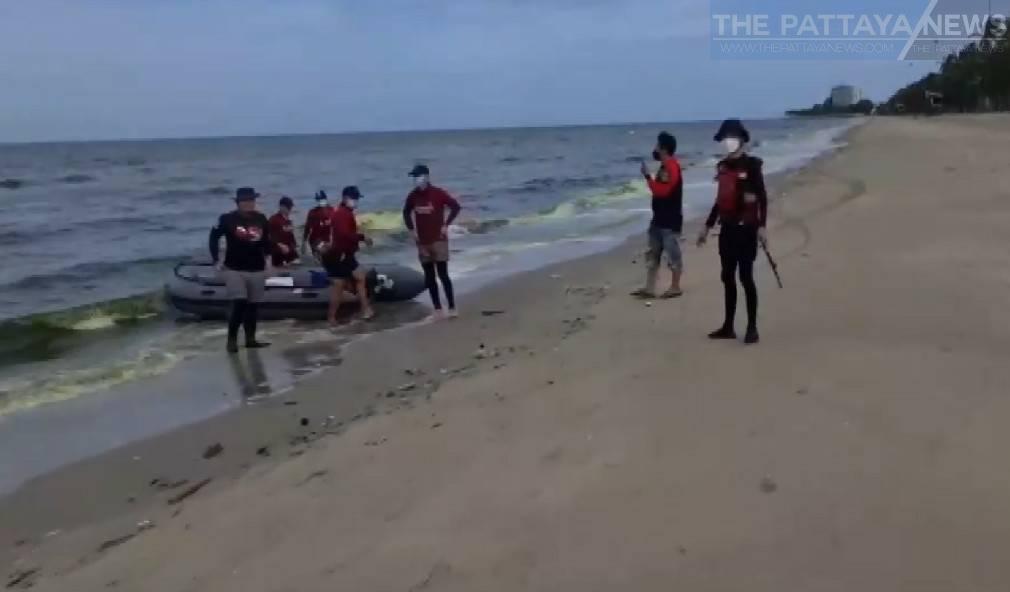