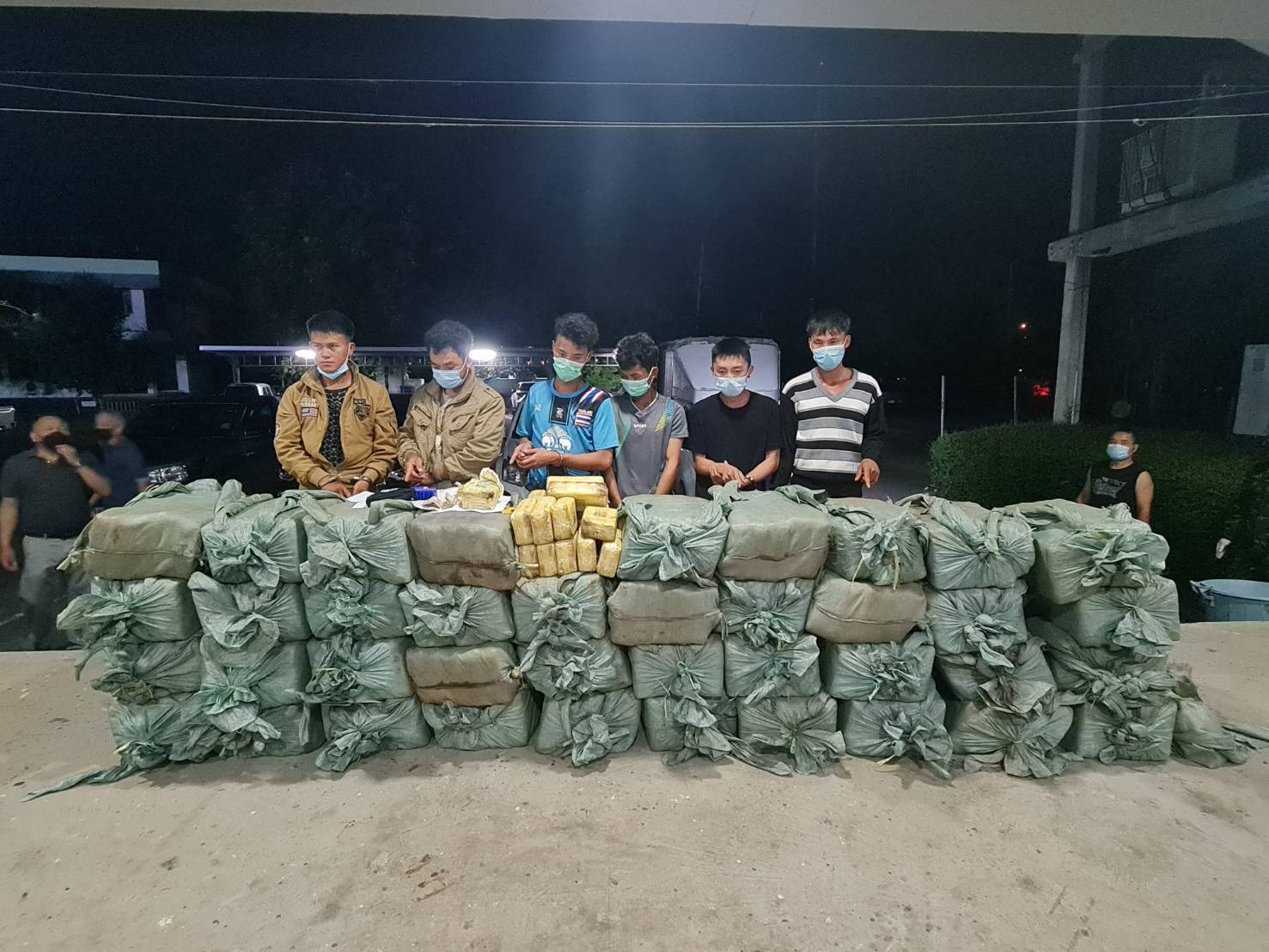 A group of six alleged drug smugglers, originally from Nan and Phrae provinces, were arrested in the Krok Phra district of Nakhon Sawan province. A total of 8,000,000 pills of methamphetamine, 4 pickup trucks, 7 mobile phones, and 30,000 baht in cash were discovered and confiscated upon the arrest. 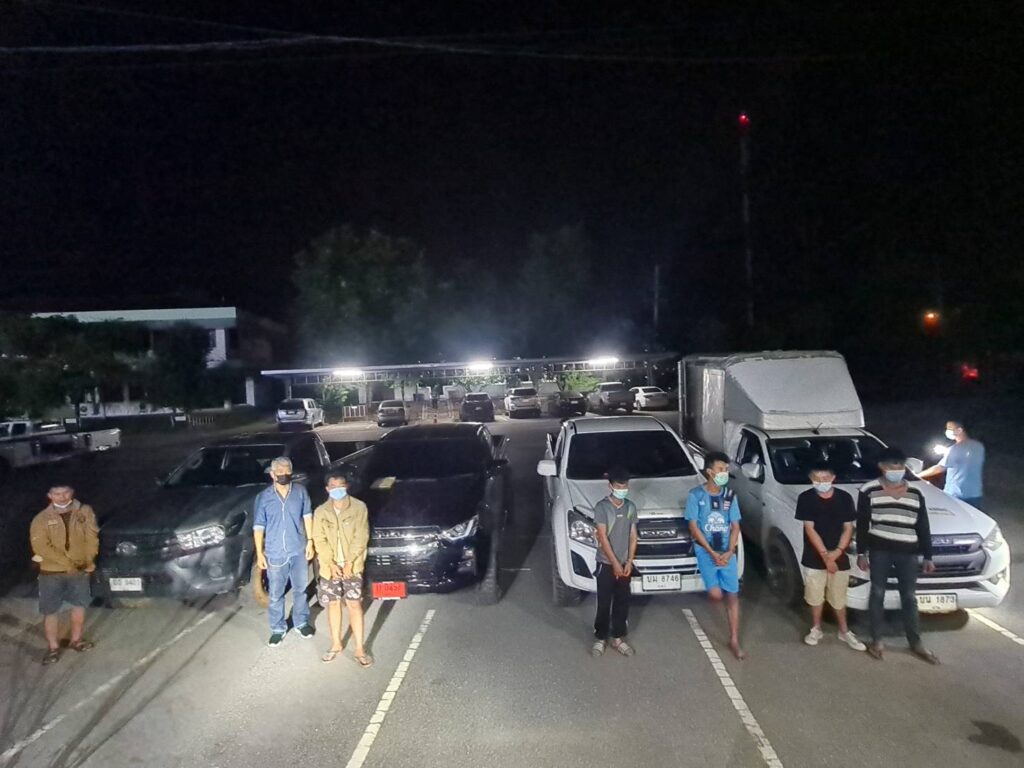 Deputy National Police Chief Manu Mekmok told reporters that the arrest followed various drug raids in 30 areas in 4 provinces, including Nan, Phrae, Surat Thani, and Krabi, since the beginning of July. Further investigation also revealed that drug smuggling would be conducted from the border of Thailand near Chiang Rai province before being transported to the central area. 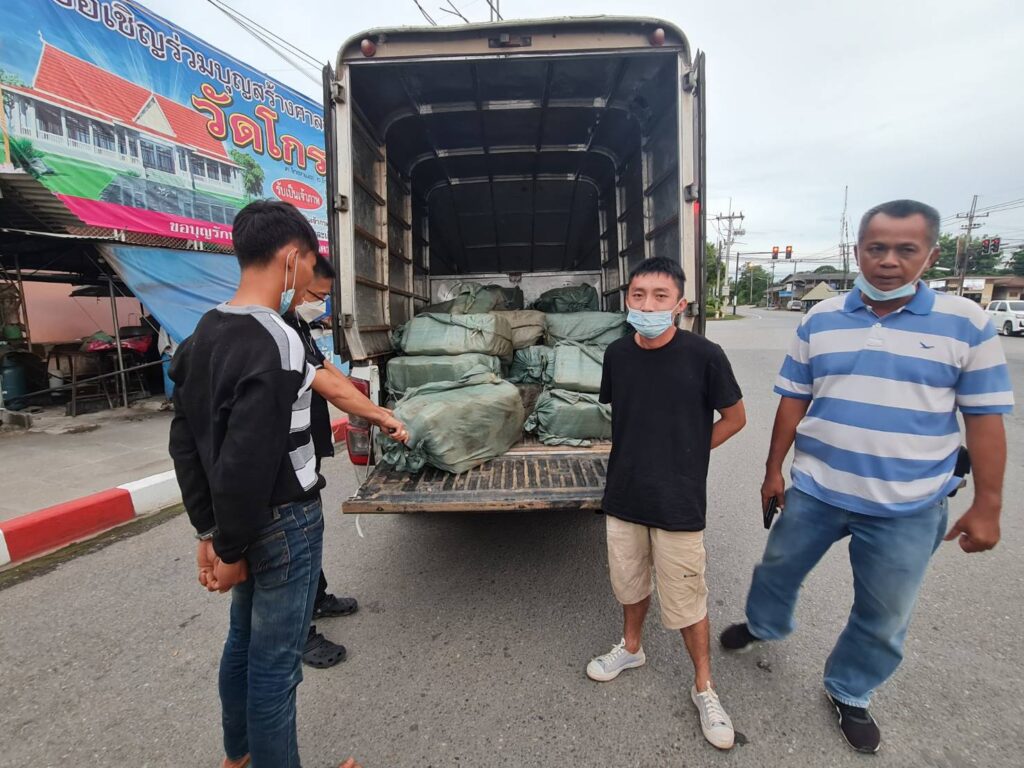 The patrol and undercover officials then monitored the situation before being notified of a group of 4 suspicious pickup trucks, 3 leading vehicles, and a drug-smuggling vehicle that were driving past the area of ​​Nakhon Sawan province. The police then approached and searched the vehicles before discovering a large number of illegal drugs.

According to the police, all of them allegedly confessed that they were hired for 400,000 baht per time to transport the drugs. The group was taken to the police station for further investigation and legal proceedings. 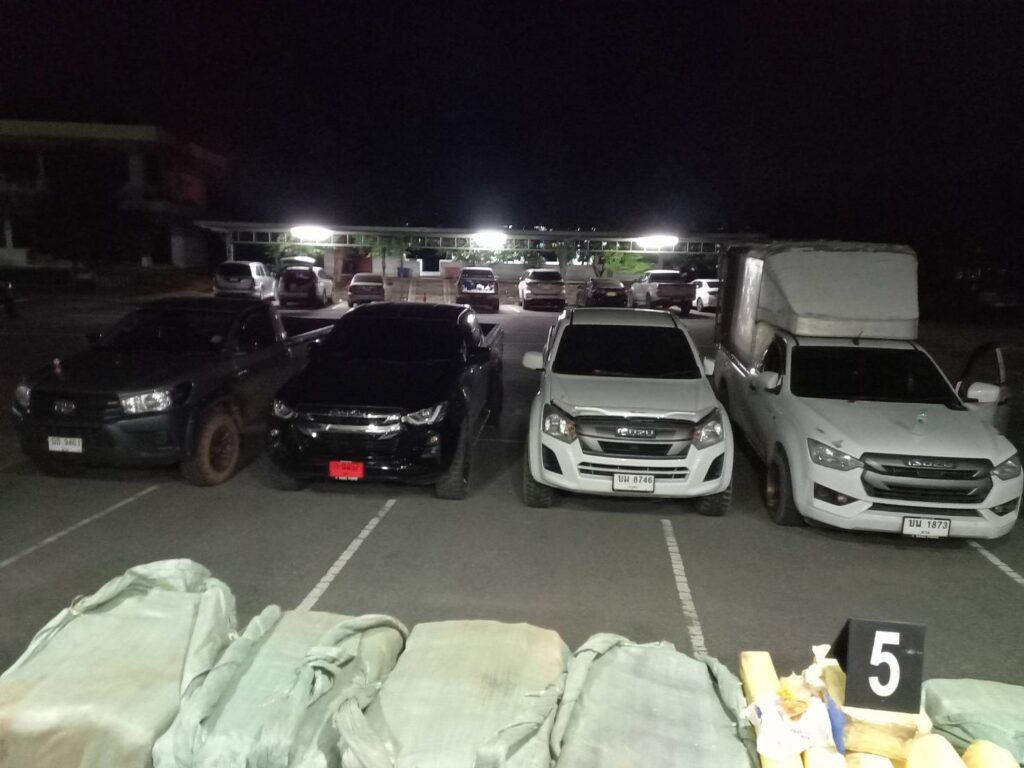