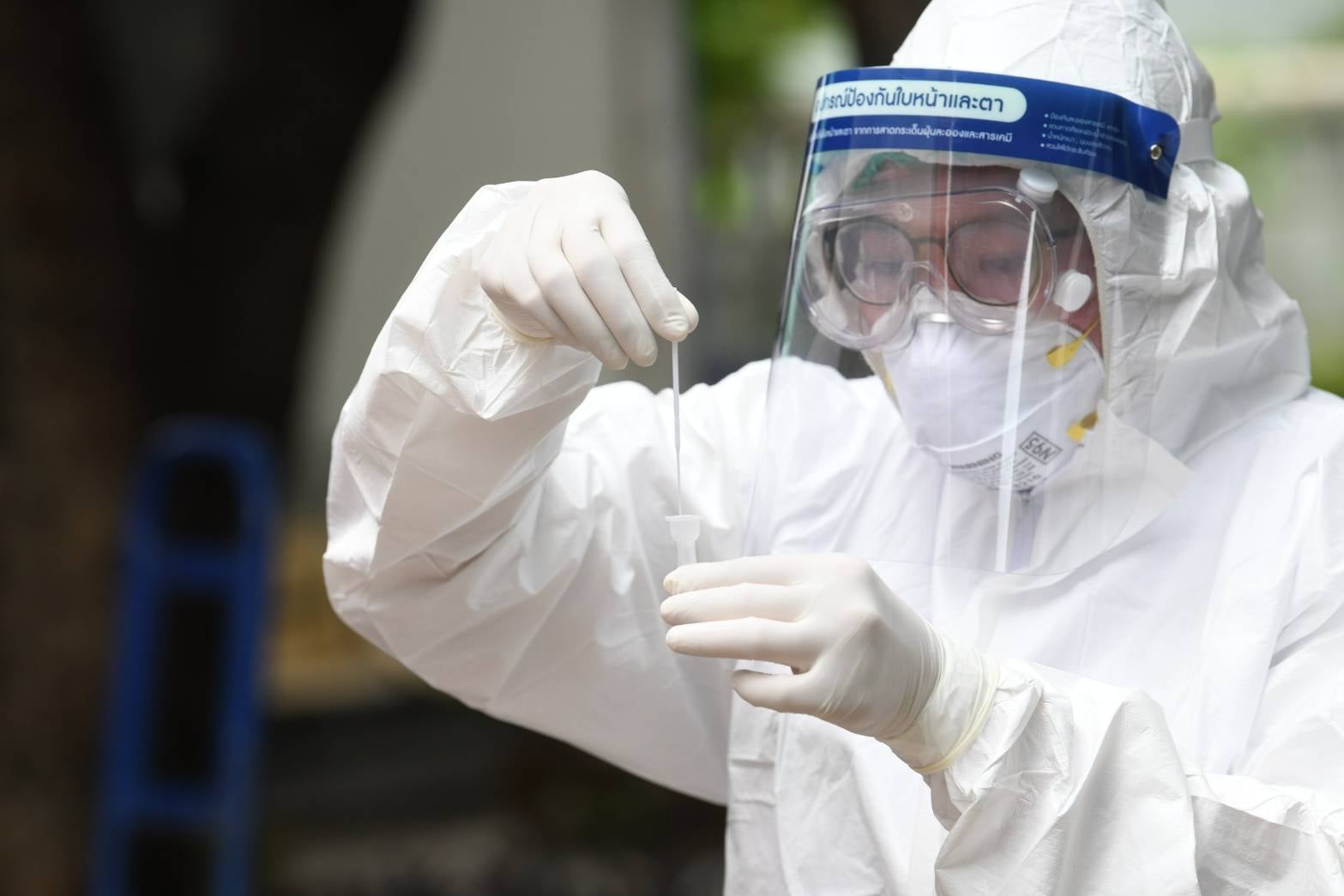 The Royal Gazette this evening, July 29th, has issued “anti-fake news” restrictions, under the Emergency Decree, to ban all false news that could cause public panic and affect national security.

The announcement prohibits all false and/or misleading information that could lead to public panic, confusion, and wrongdoings that might cause damages, worsening acts, and/or affect national security during the Emergency Decree implementation. This includes any news that was “fearmongering”, according to the government.

The decision-maker on what would be considered as fake news would be the Thai government.

This order had significant pushback from multiple media organizations, claiming that it could be used incorrectly and that the decision on what was fake was only in the hands of the government and not a neutral or unbiased third party.

The government has authorized the National Broadcasting and Telecommunications Commission (NBTC) to shut down certain IP addresses and/or media that reportedly violated the order, if found guilty, before filing criminal charges against the internet users to Royal Thai Police.

Due to Covid-19, this could see any post considered by the government as “causing fearmongering” to fall under the new laws and penalties. For instance, posting a picture of someone lying in a road without context and claiming it was due to Covid-19, without knowing the specifics of the situation, could bring potential legal charges. This could, in theory, be used in conjunction with existing computer crimes laws. 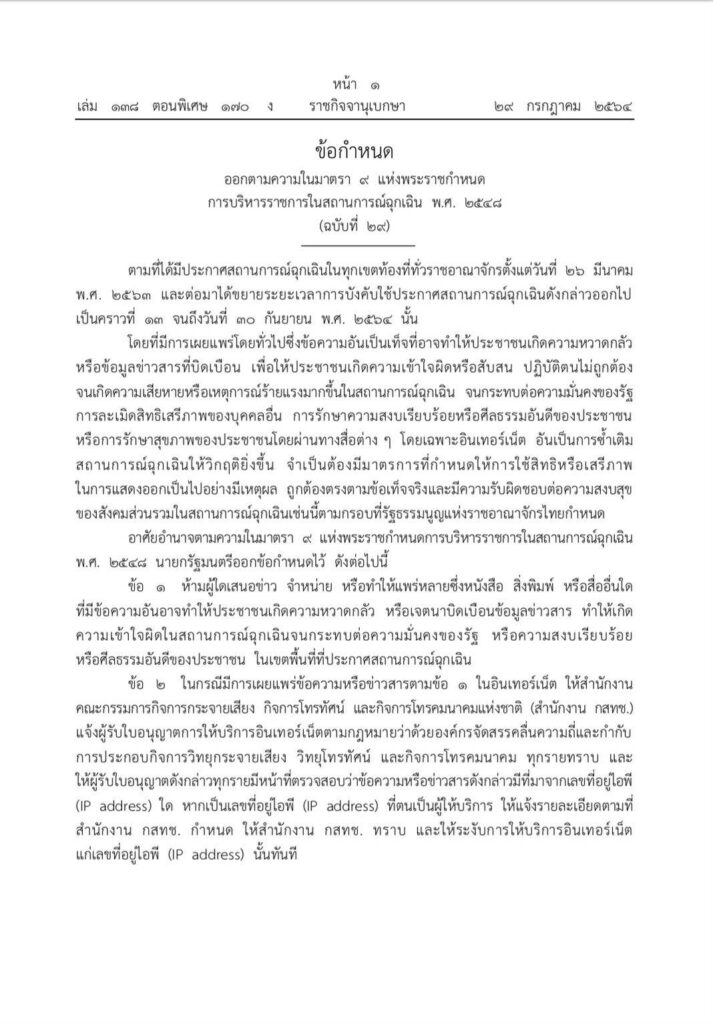 Meanwhile, the Digital Economy and Society Ministry (DES) is preparing to establish a special working group to combat fake news and disinformation in Thai social media.

DES Miniter Chaiwut Thanakmanusorn told reporters after a meeting with the Committee of Prevention, Suppression, and Correction of Dissemination of False Information on Social Media that the committee had agreed to appoint an ad-hoc working group to increase efficiency in managing, troubleshooting, and spreading false information on social media platforms.

He addressed: “This working group will be responsible for proposing policy to relevant government agencies to increase the effectiveness of prevention, suppression, and solve the problem of spreading false information on social media. It will also work with the Anti-Fake News Center for more potential and accuracy.” 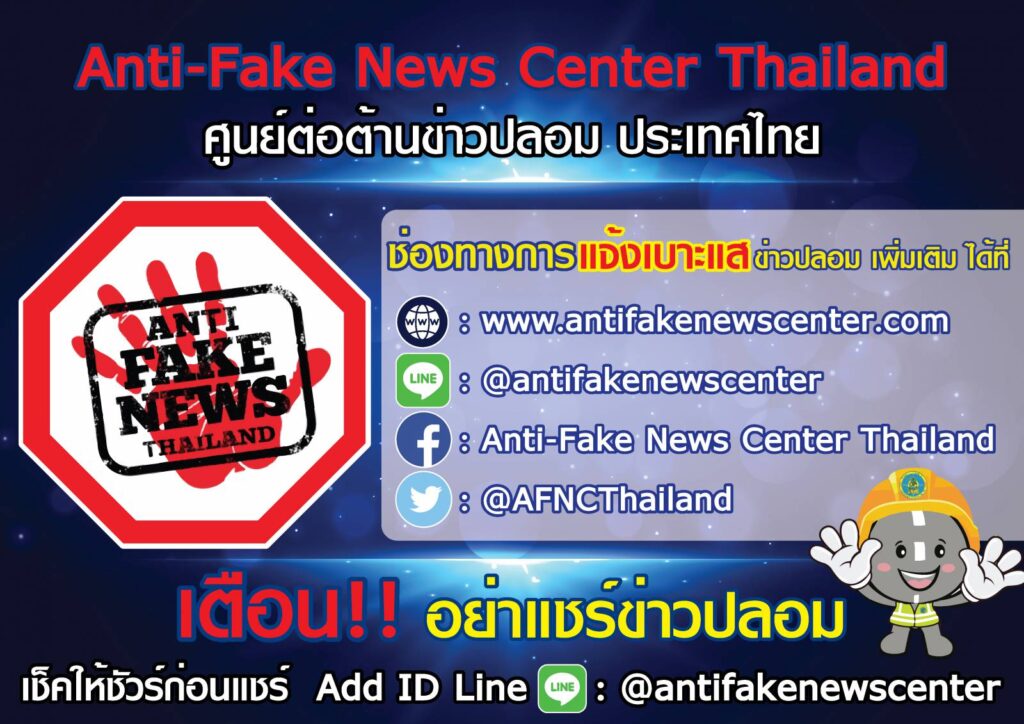 Since June, the Ministry had filed complaints and lawsuits against more than 300 URLs, a total of 94 URLs have been suspended, 145 URLs are under pending court proceedings, 54 URLs are charged with importing improper data, and 35 URLs are charged under the Emergency Decree.

“We kindly asked everyone to help us monitor social media and send reports on fake news to the Anit-Fake News Center via Line @antifakenewscenter in order to maintain peace and order in the society,” the Minister concluded.