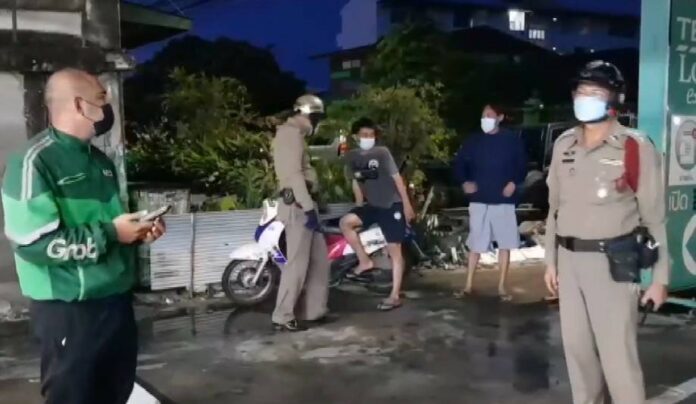 A thief has been arrested within 24 hours after he stole a brand new motorbike from a Grab rider in Mueang Chonburi on Sunday (July 25th). Social media had led to the arrest, according to police.

The Mueang Chonburi Police were notified by Mr. Wikan Ketkaew, 32, a Grab delivery rider, that his motorbike was stolen while parked in front of the Tesco Lotus Express on Soi 11 in Baan Suan at 7:00 P.M. on Sunday, July 25th.

Wikan told Mueang Chonburi police, “I was collecting orders from customers at the Tesco Lotus and I left the keys to my motorbike in the ignition as I didn’t think I would be in the grocery store for very long.”

“It was raining during the incident as well, and I covered my motorbike with a raincoat. I didn’t think that anyone would take the bike as it was only a minute or two that I was in the store.” Wikan stated to the police.

“I came back and my motorbike was gone. The thief dumped the empty Grab food container 20 meters from where my motorbike vanished. A kilogram of shrimp in the bag, however, was kept by the thief. This was supposed to go to another customer.” Wikan stated.

“I had just bought the motorbike three months ago. I was unemployed after Covid -19 before I found work as a Grab rider, without my motorbike, I would be unemployed once more.” Wikan concluded.

Police tracked down the suspected thief with a tip from a local resident who saw the story on social media, as Wikan had posted about the stolen bike on several Thai language Chonburi groups. At 10:00 P.M. on Sunday, July 25th, Mueang Chonburi police finally arrested the suspect, Mr. Torsak Laokor, 27. He was found driving the stolen motorbike not far from the Tesco Lotus Express where it was originally stolen. The person who provided the tip to the police and several other local residents had helped detain the thief in time for police to arrive.

Torsak reportedly admitted to Mueang Chonburi police, “I saw the motorbike and I just knew I wanted to have it. I stole it for personal use, not to resell or scrap the vehicle.”

Mr. Chatchanon Somsri, 25, told The Pattaya News, “I saw the story in social media before I spotted the stolen motorbike and the suspect while out for a walk. I called police and local residents helped me to catch the suspect.”

Wikan stated to Mueang Chonburi police that he had learned a valuable lesson, however. He would no longer leave his keys in the ignition while working, even if the stop was brief. 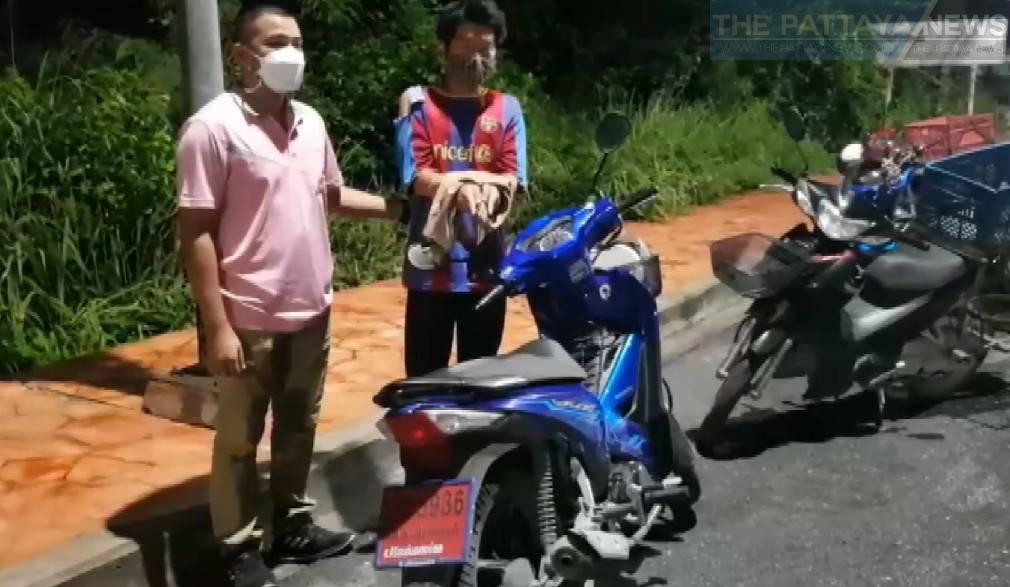