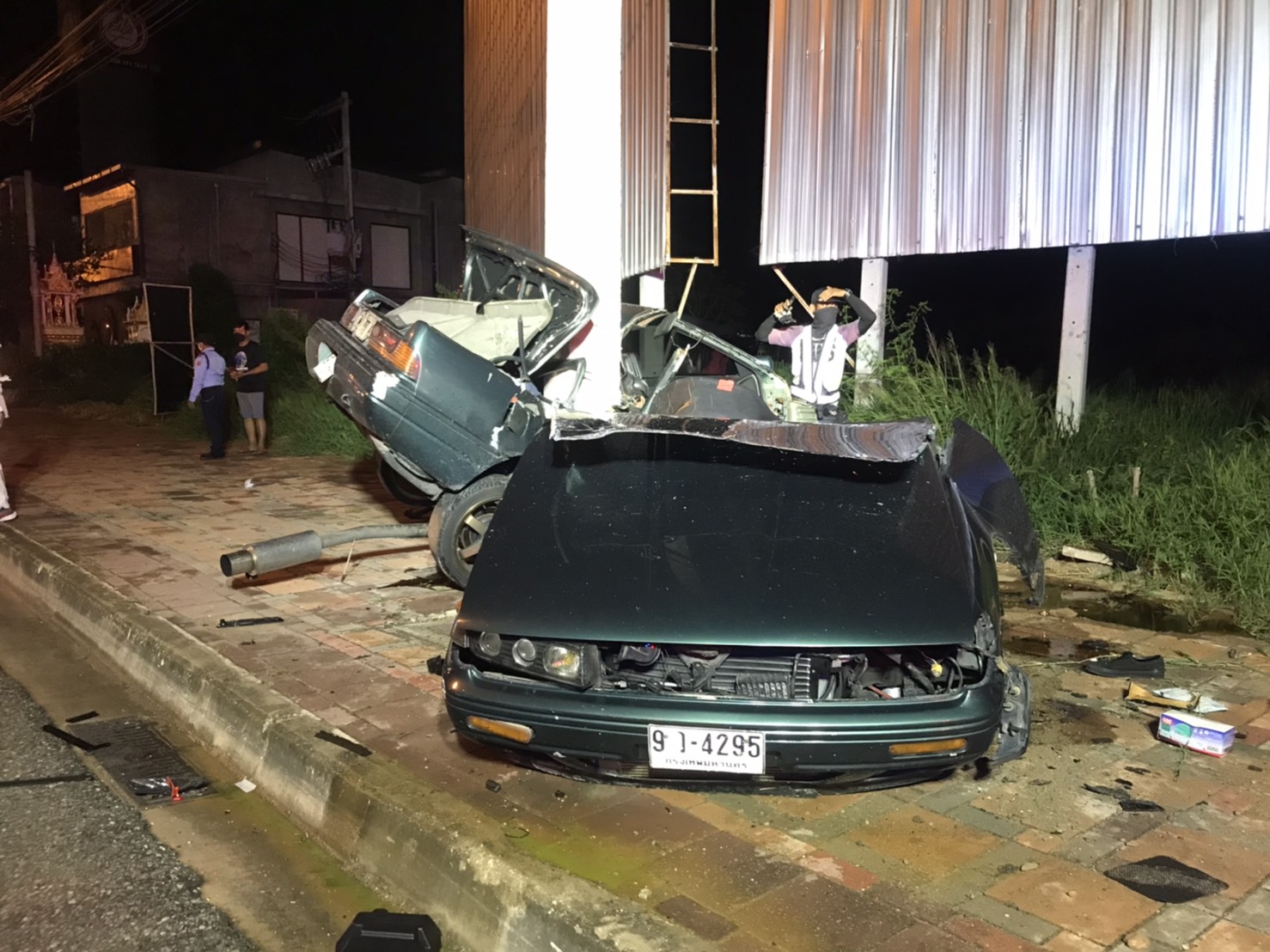 A driver has been pronounced dead at the scene after he crashed his sedan into a power pole, causing the vehicle to break in half in Pattaya earlier this week.

The Pattaya City Police was notified of the accident in the morning on Sunday, July 25th, 2021, on Sukhumvit Road near an intersection close to the Boon Kanjanaram Temple in Nongprue.

Emergency responders and The Pattaya News arrived at the scene to find a vehicle that had been split in half and partially stuck around a power pole on the side of the road.

Inside the sedan, rescue workers found the body of the driver, Mr. Sakchot Prayoonwiwat, 25, a staffer of a local Makro store on his way to work. Rescue workers used a hydraulic cutter to free his body from the sedan. 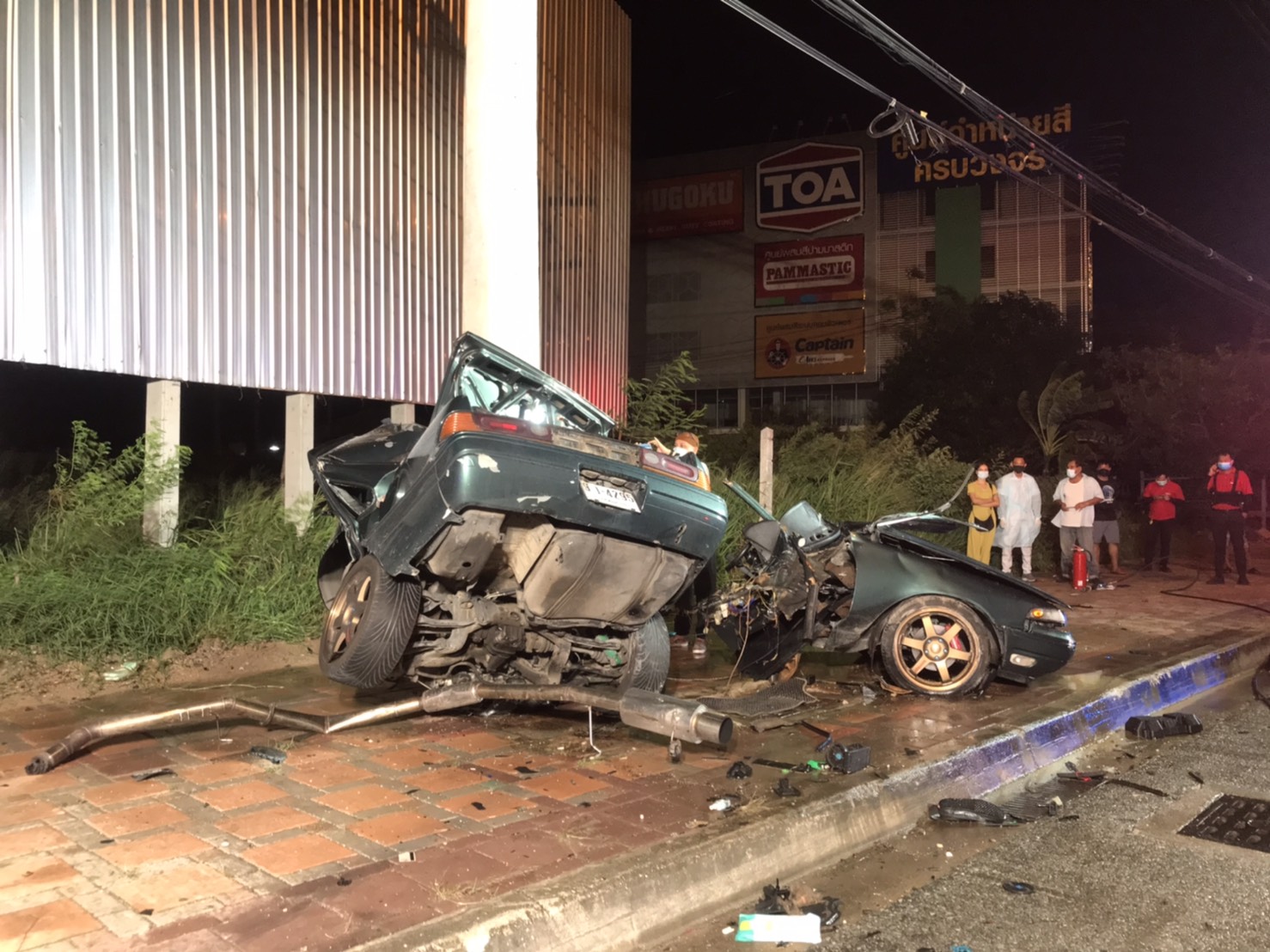 His friend, Mr. Nattawut Jankaew, 27, told Pattaya police, “I was driving behind his sedan heading to work also (at Makro). There was light rain and the road was slick. ”

“Mr. Sakchot was driving at high speed and had recently pulled out from an intersection, gunning the engine, before he lost control of his sedan on the wet road and crashed into the power pole. The impact of the crash was so severe it immediately split the vehicle in half. I pulled over and called police for assistance.” Nattawut stated.

Pattaya Police identified speed as a primary factor in the accident in their official report.