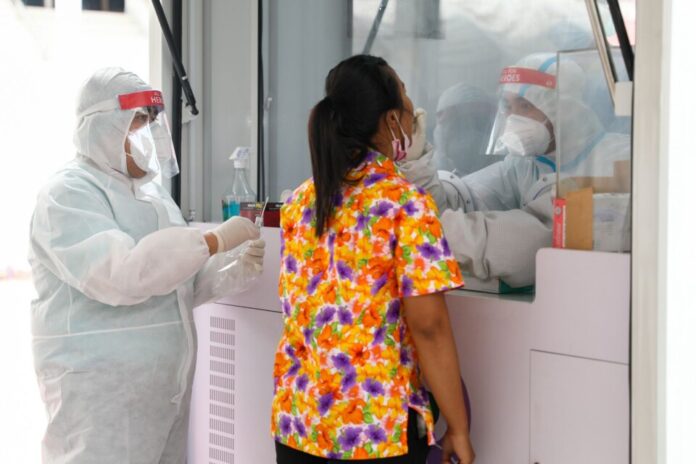 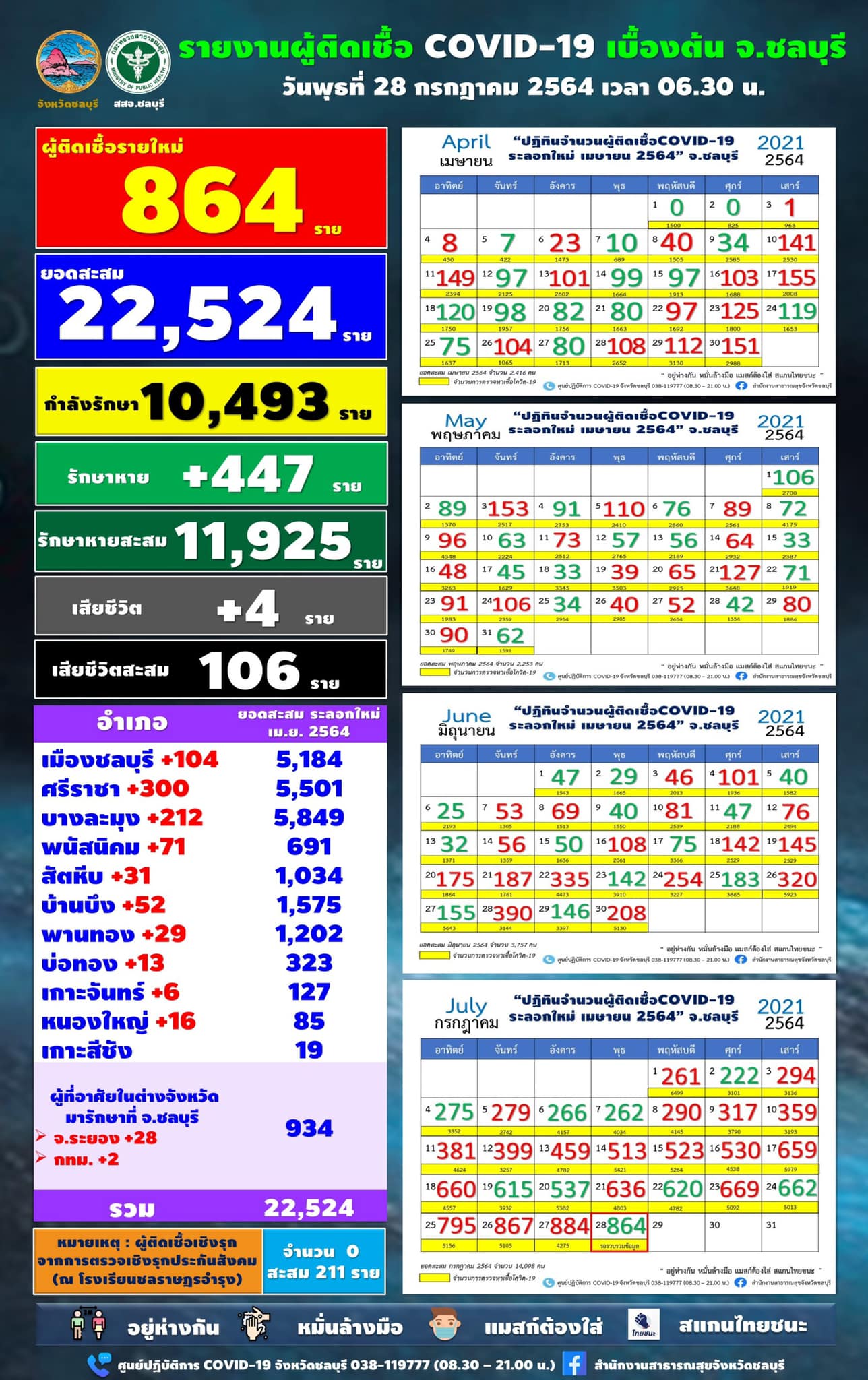 This makes a total of 22,524 cases of Covid-19 in the current round of infections, with 10,493 still under medical care/supervision, and with a total of 106 recorded deaths in Chonburi since the start of this recent round of infections in early April. The details on yesterday’s four new deaths were not given, which is standard for the health department.

5. Cluster Construction Camp in Nong Yai District, 14 cases (in the process of investigation of the disease)

7. Cluster, 3 business establishments in Mueang Chon Buri District (under investigation of the disease)

9. A risky occupation, meeting a lot of people-11

13. Currently, 162 cases are under investigation in general

There are currently, in Chonburi, clusters of Covid-19 at 21 establishments and five markets, 10 construction worker camps, and four communities.

Chonburi Public Health officials, as well as the Bangkok Metropolitan Administration, recently stated that over 80% of patients were asymptomatic or mild in general.  In Chonburi, this number is closer to 90%, according to authorities, as the majority of those affected are younger and healthier people.