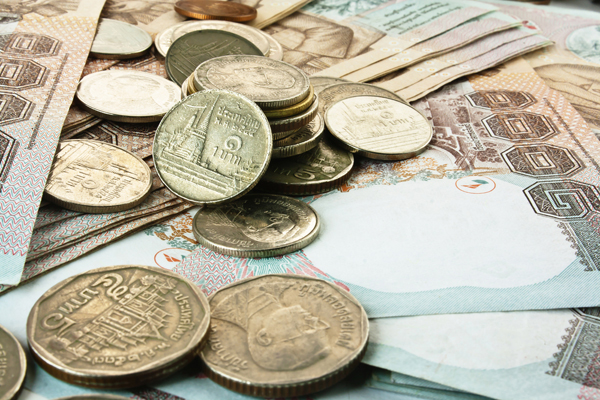 The Thai Baht, which was once the strongest currency in Asia before the Covid-19 epidemic, has gradually fallen and become the worst-hit currency in the region in 2021, Japan’s largest financial service Mizuho Bank reported.

The Japanese bank also stated in the note on Friday, July 23rd, the “uncharacteristic under-performance in the Thai Baht, rendering it the worst performer to date in 2021.”

According to Refinitiv Eikon financial data, the baht had also depreciated more than 10 percent against the U.S. dollar year-to-date, as of Monday morning, July 26th.

The Thai currency has poorly performed at its lowest this year, compared to other major currencies in Asia Pacific regions, the data reported. Against the US dollar, the Japanese yen is currently down nearly 7 percent, the Malaysian ringgit has declined by 5 percent, while the Australian dollar is down 4.43 percent year-to-date.

The situation is similar to a see-saw. According to CNBC, before the COVID-19 pandemic in 2019, there were concerns about the strengthening of the Thai baht, which was driven by a high trade balance. A stronger currency makes Thailand’s exports more expensive, making it less attractive in the international market.

Until the global outbreak of Covid-19, the Thai economy has plummeted again because of the sudden contraction of the tourism industry, which has always been the country’s major source of income other than exports. Tourist spending accounted for about 11 percent of Thai GDP in 2019 before the pandemic, while CNBC reported that fewer tourists also meant lower demand for the baht.

TPN media notes that the official GDP number for GDP is normally seen as very low as it doesn’t include the massive informal tourism industry or the nation’s red-light industry that some deny even exists. Together, this may bring the total GDP of tourism to near 20 percent.