A couple has been arrested last night (July 25th) after they were singing and live streaming while driving a motorbike during a mandatory Covid-19 curfew time in Pattaya.

A team from the Banglamung district office led by the Administrative Chief Officer Phochai Sangeiad set up a night time checkpoint in front of the Pattaya Walking Street.

Phochai told The Pattaya News, “Mr. Paiboon Butwong, 44, the motorbike driver and his passenger Ms. Jantana Butsurin, also 44, arrived at the checkpoint around midnight. The legal curfew time is 9:00 P.M. until 4:00 A.M..”

“Mr. Paitoon was holding a mobile phone, singing and doing a live stream on his Facebook and YouTube while he was driving around Pattaya. He claimed that he just wanted to find some food to eat, however, appeared to be primarily attempting to impress his viewers.” Phochai stated.

“They also failed to present a permission document to prove that they were allowed outside their accommodation during curfew time.” Phochai added.

“They were taken to the Pattaya City Police Station to face charges of breaking the curfew law, as well as likely charges of violations of the emergency decree and communicable disease act. These could see stiff fines and possible jail time.” Phochai concluded. 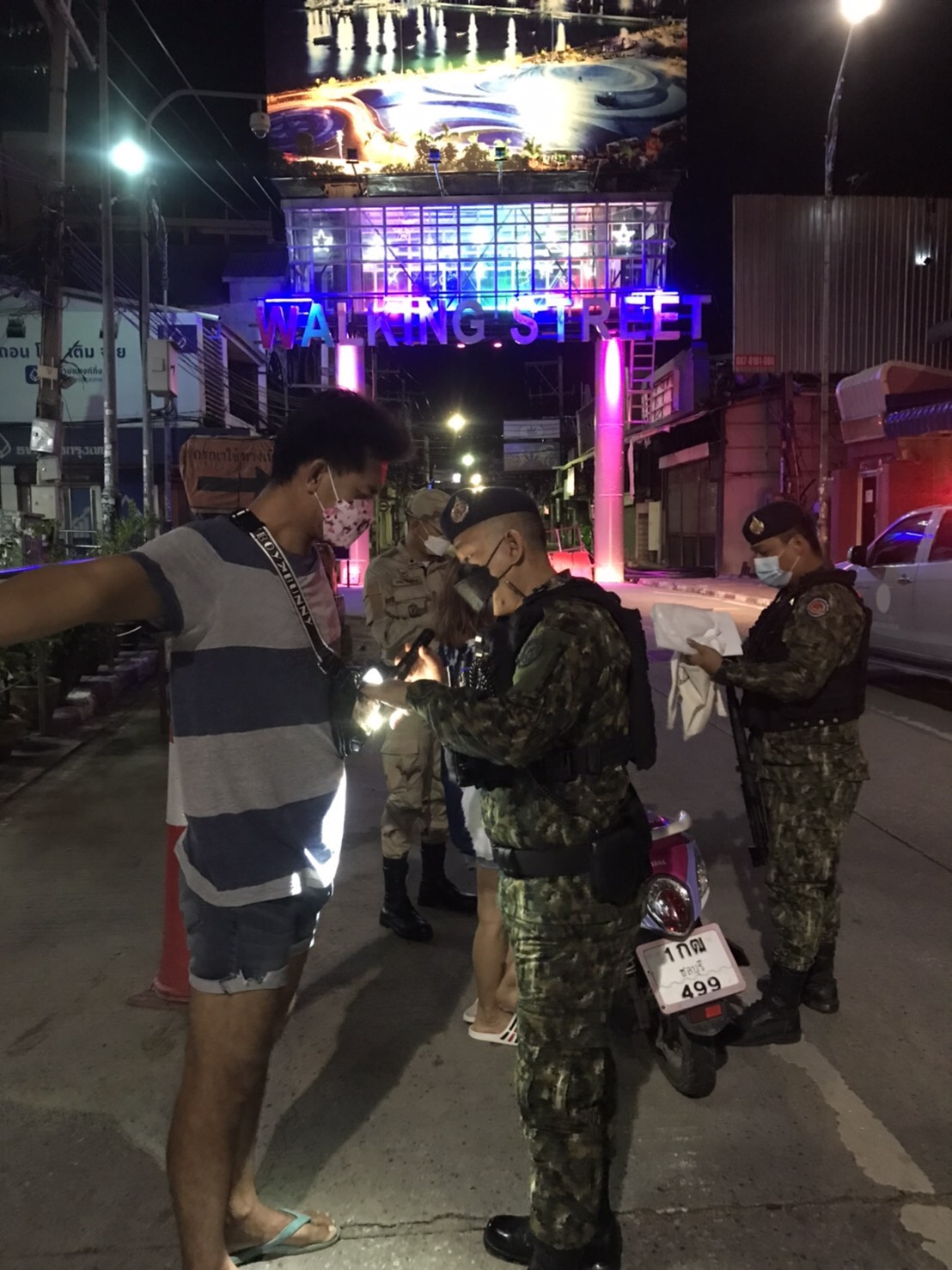