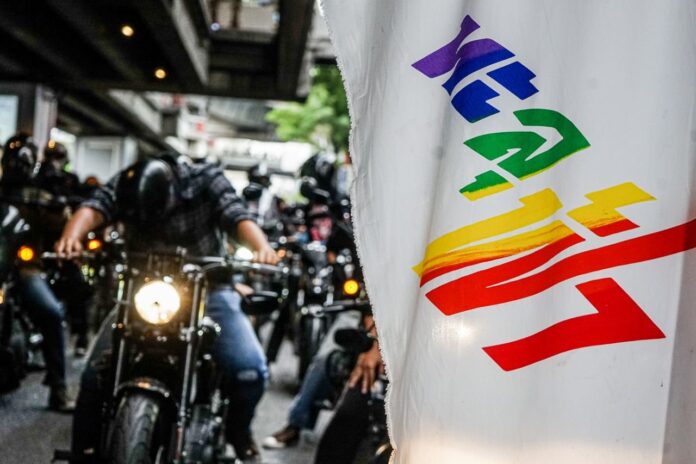 “Taloo-Fah” pro-democracy group along with its supporters, led by Jatupat “Pai Dao Din” Boonpattararaksa, had staged a demonstration at the Victory Monument area of Bangkok before marching to the Government House this afternoon, July 25th.

The group of pro-democracy activists had gathered at several areas of the capital, including the Pathumwan and Ratchaprasong intersection, to host a Buddhist Lent candle-making ceremony marking recent Buddhist festivals for 5 consecutive days since July 20th. 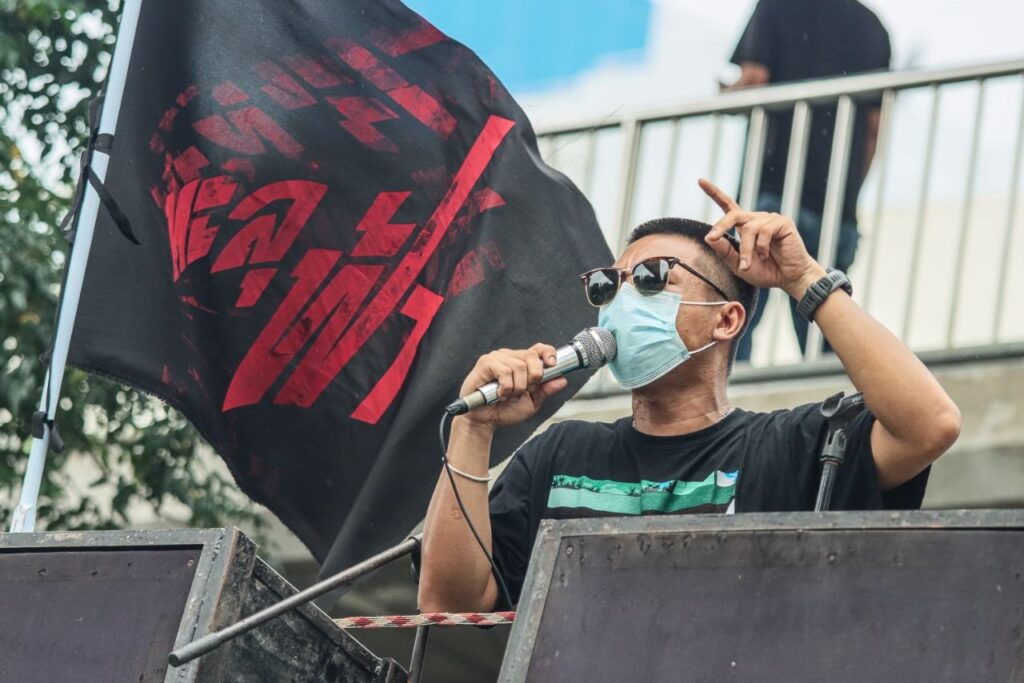 As of 3:00 PM. today, the protesters were collecting all of the three candles at the Victory Monument to be featured at the protest, symbolically representing three core demands of the pro-democracy demonstrations, before marching to the Government House.

They reportedly arrived at the destination at around 4:25 PM., where lines of crowd control police officers, barbed-wire fences and traffic barricades, containers, and a high-pressure water cannon truck were already deployed. 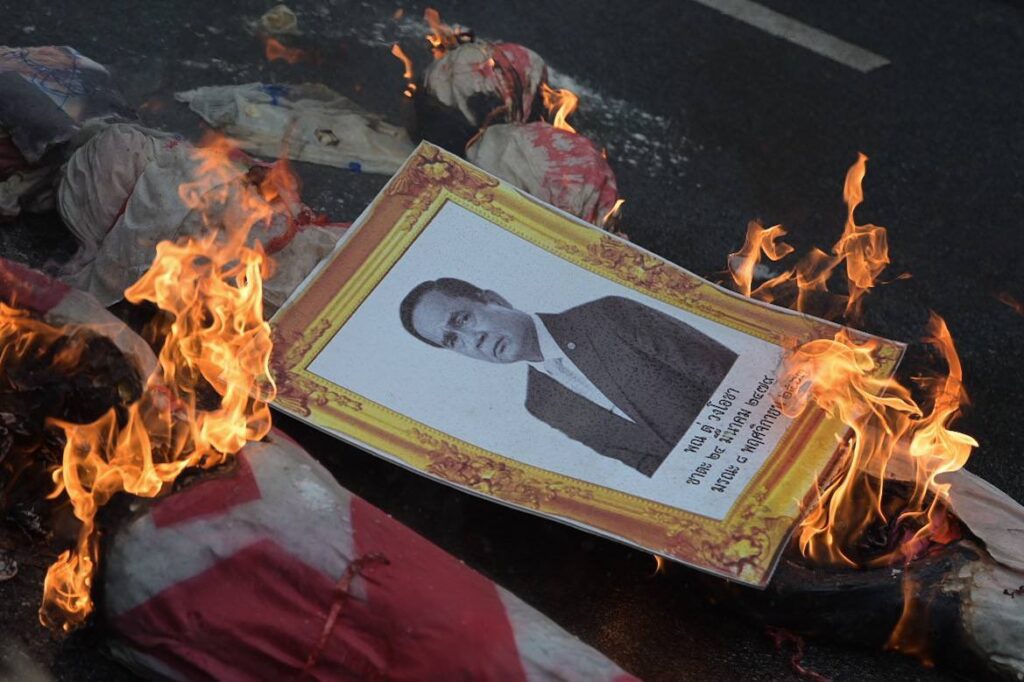 The demonstrators then peacefully staged symbolic performances and ceremonies to demand the resignation of Prime Minister Prayut Chan-O’Cha and his government as they failed to manage the Covid-19 domestic situation in Thailand, according to their statement.

One of the activities includes the burning of the Prime Minister’s portrait and puppet corpses representing the Covid-19 deaths in Thailand.

The protest was peacefully staged without confrontation from both parties before Pai Dao Din had called off the demonstration at around 5:35 PM.