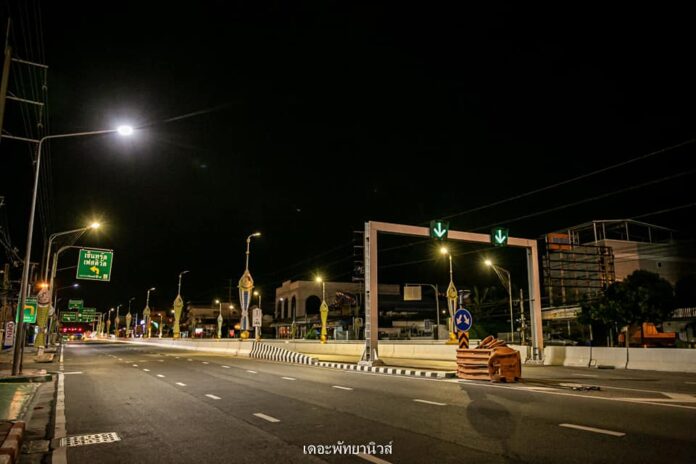 The following is our weekly feature in which we take a look at the top developing stories and things to follow over the next week. We are focusing on what is happening for the fifth week of July, ending July 31st, 2021.

This week, however, we are primarily focusing on one major developing story-potential calls from top doctors and WHO (World Health Organization) officials for even further restrictions in maximum control zones, which includes Chonburi.

Thirteen maximum-control zones are already under strict, some might even call draconian, rules and restrictions with measures such as a mandatory overnight curfew from 9:00 P.M. to 4:00 A.M., a ban on all dine-in at restaurants, a closure of beaches, parks, public areas, outdoor sports fields, and swimming pools, closures of gyms and massage shops, closure of golf courses, cinemas, closures of shopping malls(including restaurants in the malls even for take-away), shutdowns of buses and most domestic flights, closures of many government offices, a ban on all parties and social gatherings, an overall gathering ban of no more than five people, closures of most construction sites, checkpoints around the provinces, closures of amusement parks and water parks, school closures, and even closures of kids playgrounds.

However, several leading figures such as Dr. Richard Brown, from the Health Emergencies program of the WHO Thailand office, Dr. Opas Karnkawinpong, director-general of the Thai Disease Control Department, and several leading doctors such as Dr. Thira Woratanarat, as well as advisors with the Center for Covid-19 Situation Administration (CCSA), which runs Thailand’s Covid-19 response program, have warned that the current restrictions may not be enough.

This comes after only a week of evaluating current restrictions (and even adding more restrictions mid-week) but Thailand continues seeing higher cases and deaths nearly daily, especially in maximum control zones such as Bangkok.

Frustration is high with both the public, who is feeling “strangled” by the restrictions according to some on social media and doctors with the CCSA, who feel there is still too much movement and too many people out and about in the maximum control areas.

Dr. Opas even warned that if things didn’t improve within two months Thailand may be forced to a “Wuhan style” total ban on leaving the home and delivery of food and supplies, which did not go over well on social media or with the public, resulting in a slight change of tone and backing down. Regardless, the fact remains that as recently as today, July 24th, 2021, certain prominent doctors and officials, including with the WHO, urge the government to even further tighten restrictions and stop movement, especially in maximum control zones.

Some may wonder what is left to restrict, however, proponents of stricter measures have suggested closing EVERYTHING except food/medicine and essential services like law enforcement and hospitals/vaccination centers. Outside of shopping malls, many places can still open, such as dentists, clothing shops, general stores, home design shops, paint stores, motorbike customization shops, tailors, laundry mats, car washes, and many more that could be considered for restrictions if the government tightens further. Some members of the CCSA, however, like General Natthapol Nakpanich, have simply stated that the government will have to evaluate the current measures and not potentially hurt more small business owners.

Some doctors have reportedly even suggested closing fresh markets, which could be a major issue for many Thais who do nearly all of their shopping at these places versus supermarkets like Big C or Makro. However, some CCSA doctors have continually expressed their concern for markets, often the source of Covid-19 breakouts, but essential to the community for inexpensive food and for the agricultural breadbasket of the Northeast and farmers.

For now, all we can do is keep a careful eye on the week ahead and hope current measures already in place and a vaccination program running in the background begin to make an impact without having to take any more drastic actions.