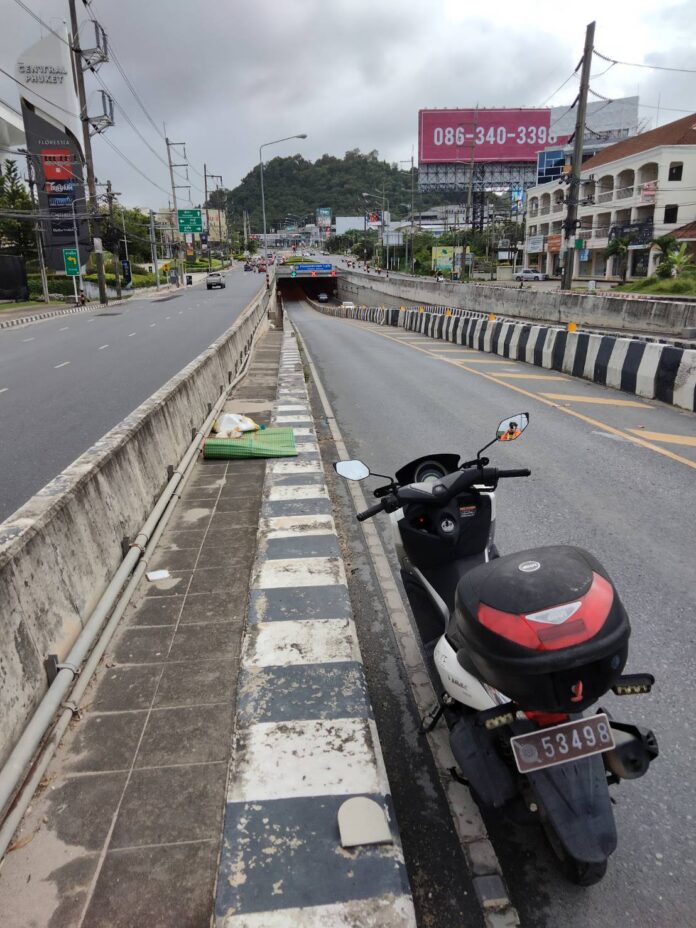 The following is a press release from the Soi Dog Foundation in Phuket.

A pair of Phuket police officers have been praised online after rescuing a dog that had been hit by a car and left at the entrance to the Darasamuth Underpass earlier this month.

Mr. Wirat and Mr. Thanva, traffic officers at Wichit Police Station, moved the injured dog to the roadside, laid down a mat for her, and called Soi Dog Foundation for assistance. The image of the dog lying on the woven mat as she waited for help to arrive has been shared widely on Thai social media, with netizens praising the officers for their compassionate response.

Mr. Wirat explained that he called for help after seeing the dog lying in the road unable to stand and bleeding heavily from her mouth. Soi Dog’s animal rescue officers arrived within an hour, during which time the dog was kept comfortable and safe by the side of the road. She was then transported to the Soi Dog shelter in Mai Khao where she’s receiving ongoing treatment for a fractured hind leg and a dislocated hip, among other health issues.

“It’s such a relief that the dog is in the care of vets, especially in such a timely manner,” said Mr. Thanva. “I hope everyone will be kind to animals. Stray dogs are often victims of road traffic accidents and, without urgent help, they’re at risk of getting hit again and being left to die on the road which is terrible.”

Both Mr. Wirat and Mr. Thanva added that they were concerned the dog might be owned and are therefore encouraging anyone who recognizes her to contact Soi Dog so she can be reunited with her family.

To report a sick or injured street dog or cat to Soi Dog during shelter hours (Monday-Friday 8 am-5 pm), email clinic@soidog.org or call 076-681-029. If you see an animal outside of shelter hours whose life you believe is in danger unless it receives immediate, emergency treatment, call the emergency hotline on 098-927-9698.

As injured animals are scared and in pain, they are more likely to bite. Soi Dog’s veterinary team, therefore, advises anyone handling or moving a dog in an emergency to make an improvised muzzle with a bandage or other material. 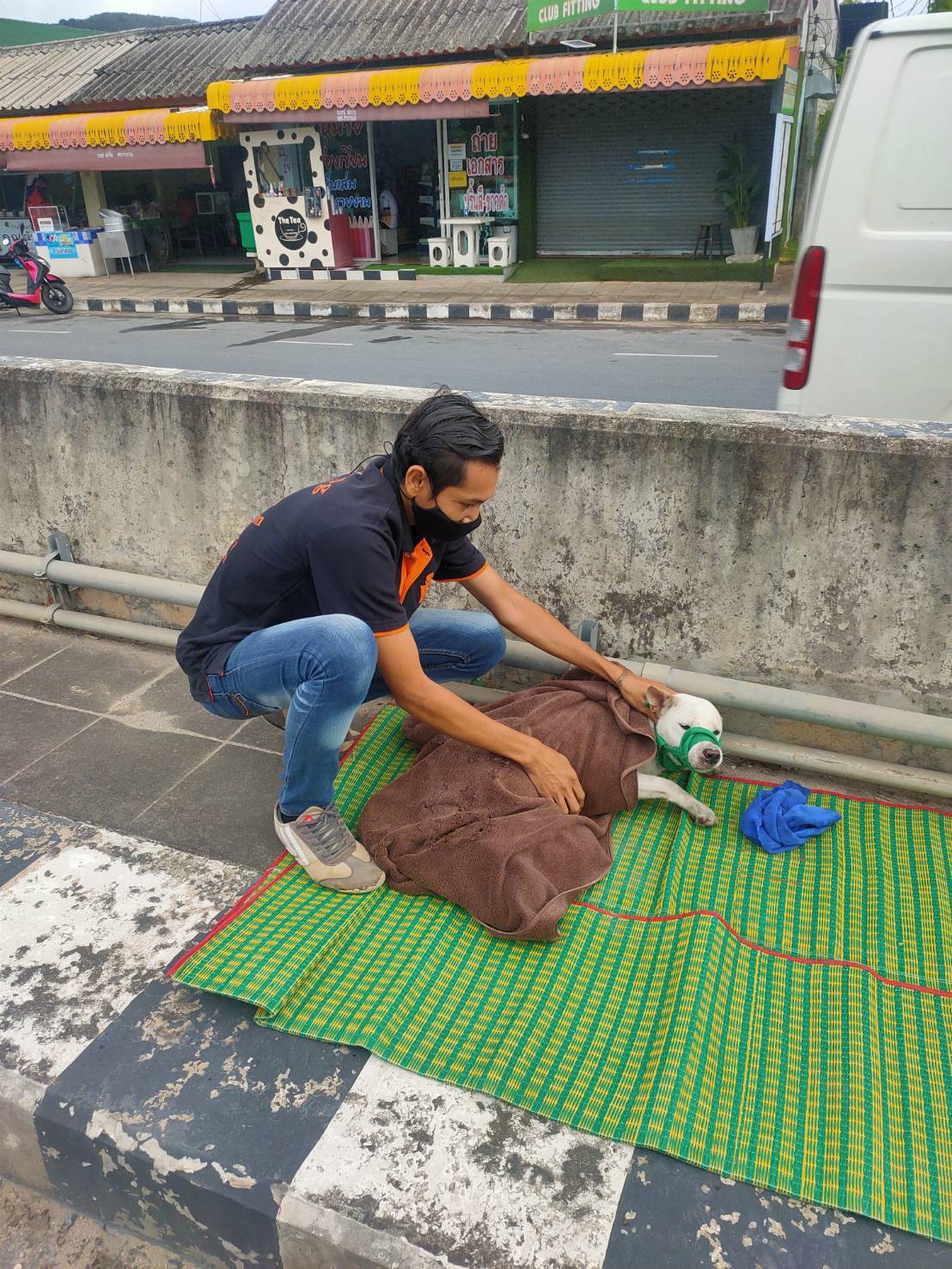