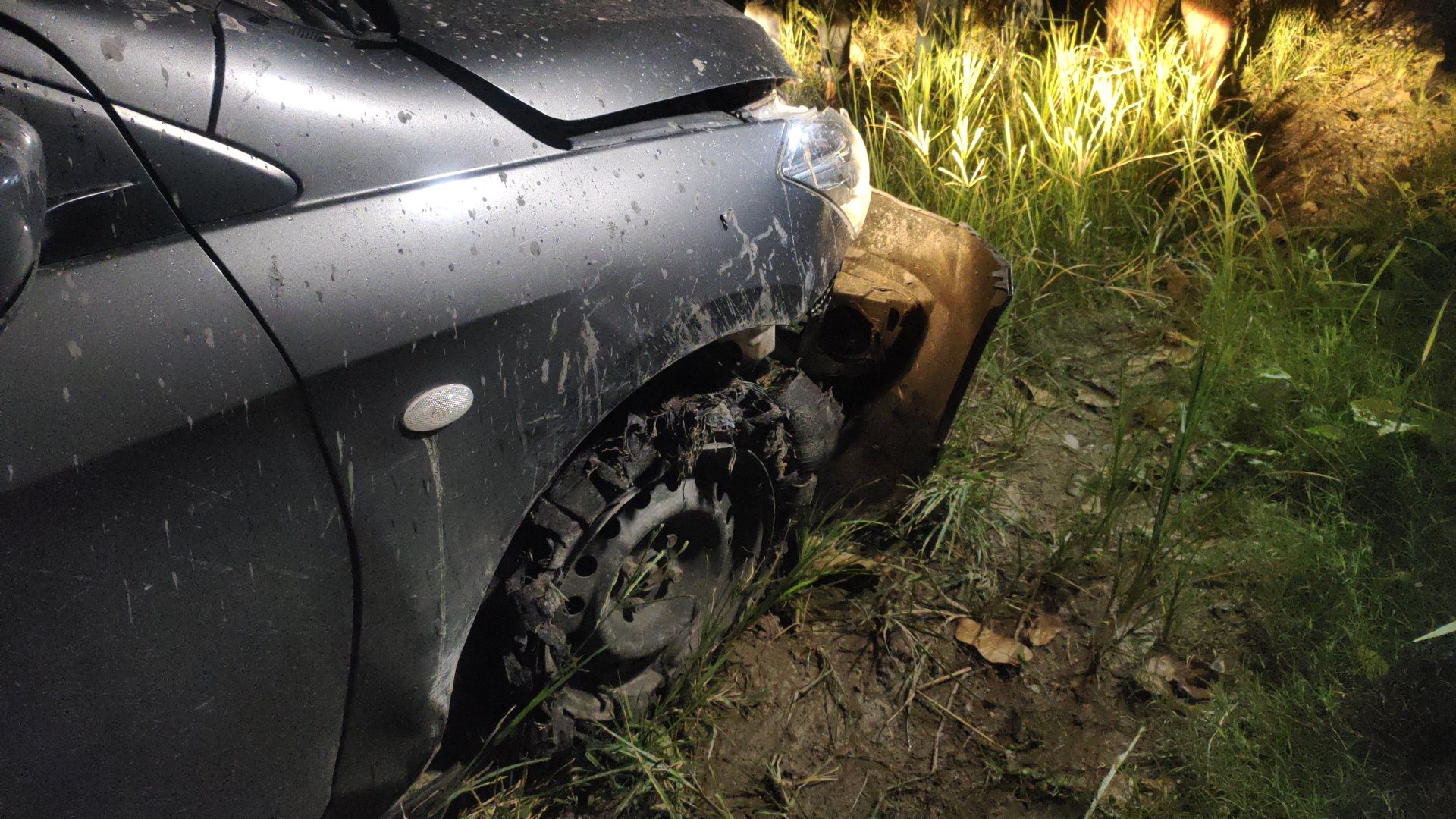 A suspected drunk driver tried to escape after crashing his car into a local home and a motorbike in the Pattaya area overnight earlier this week. He also was allegedly threatening others that he had Covid -19, implying the virus caused his behavior, despite no hard evidence this statement was true.

Emergency responders were notified of the accident at 8:50 P.M. on Tuesday, July 20th, at an intersection near a 7-Eleven not far from the Boon Sampan Temple.

First responders and The Pattaya News arrived at the scene to find a damaged motorbike and a damaged home with an attached gate.

The driver had initially escaped from the scene after losing control of his vehicle on the side of the road. However, Banglamung police managed to capture the man who was described as “extremely intoxicated” and struggling to walk not far from the scene of the accident. The suspect was not, however, injured. 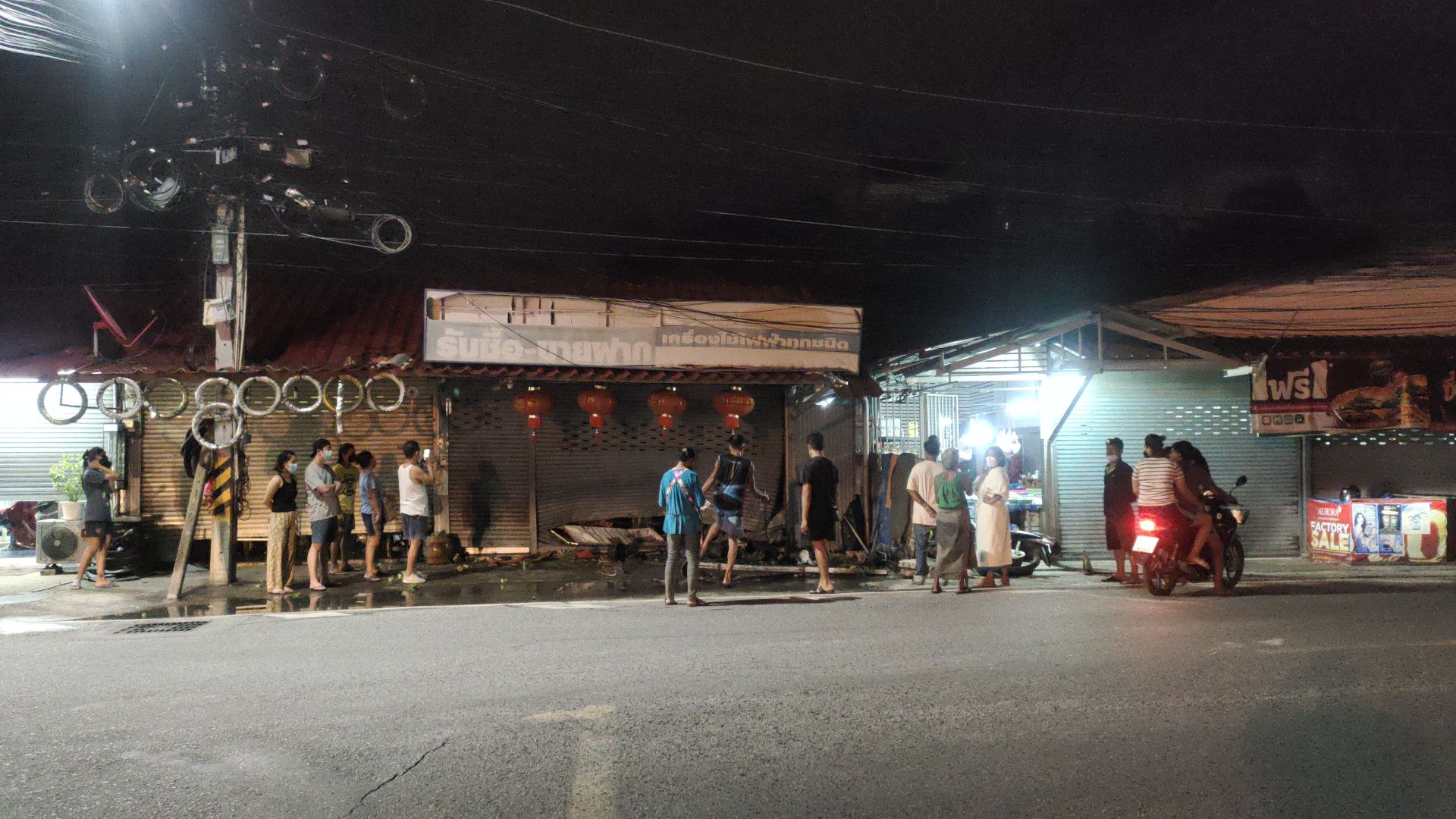 The suspected intoxicated driver, Mr. Peerasak Rakchang, 29, was caught while shouting at police, media, and first responders, “I am infected with Covid –19. Everyone is going to die!”

Local residents told The Pattaya News that Peerasak was driving at high speed before plunging into the house and the parked motorbike and fleeing the scene. Police and first responders donned special PPE (protective gear) before arresting Peerasak, who continued to claim he had Covid-19 and it caused the accident. As of press time, however, the suspect had tested negative for the virus and Banglamung police believed the suspect had just been heavily intoxicated.

However, Banglamung police are continuing their investigation for further potential legal action. Peerasak reportedly was still in quarantined custody as of press time and testing negative for Covid-19. 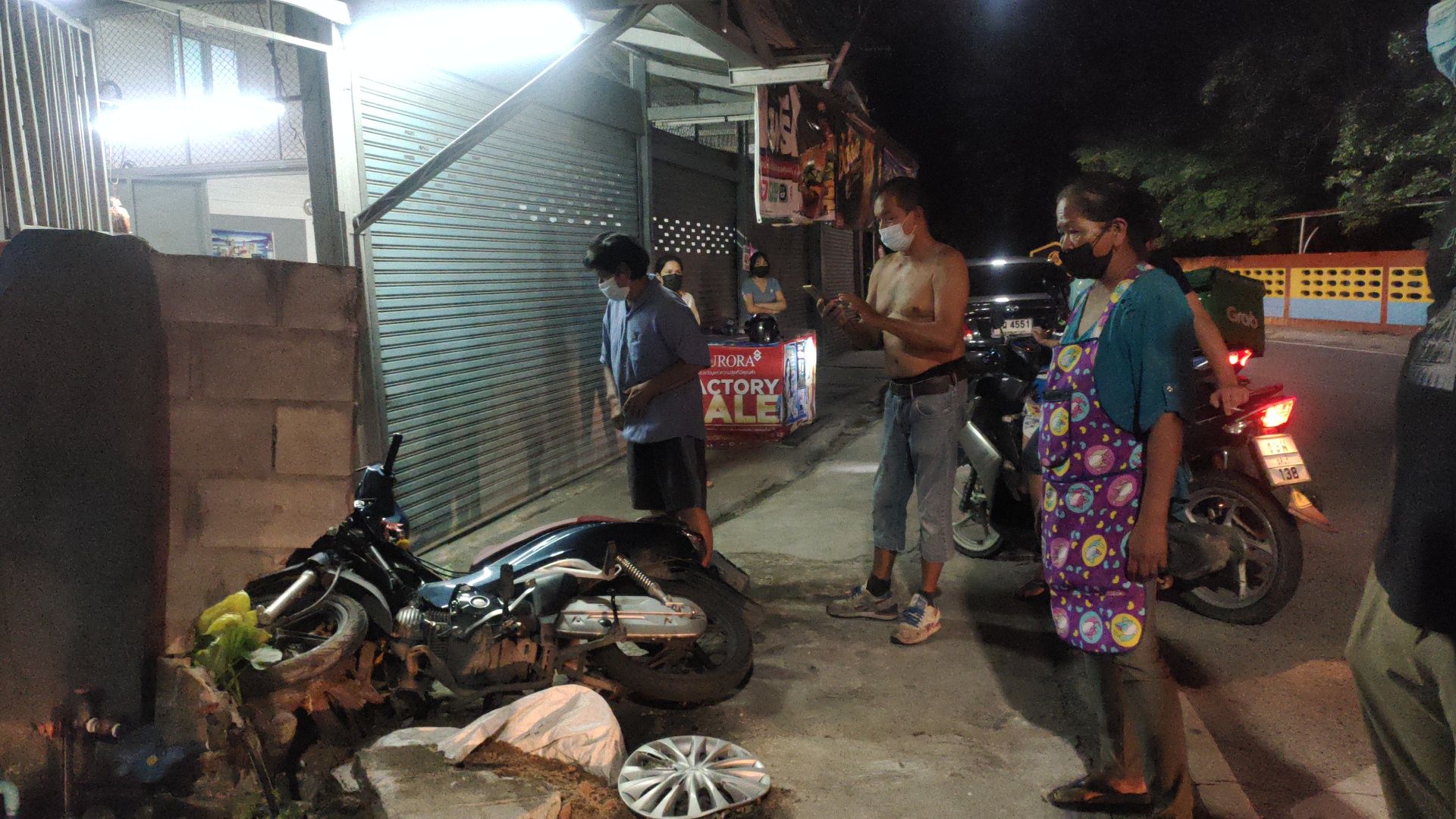