“Seized from them were 8.5 million baht cash, a substantial amount of gold, 7 sets of computers, an iPad, dozens of mobile phones, multiple bank books, a handgun, 40 bullets, three cars, and two brand new motorbikes. We believe the vehicles were purchased with funds from illegal activities which is why they were seized.” Thiti stated. 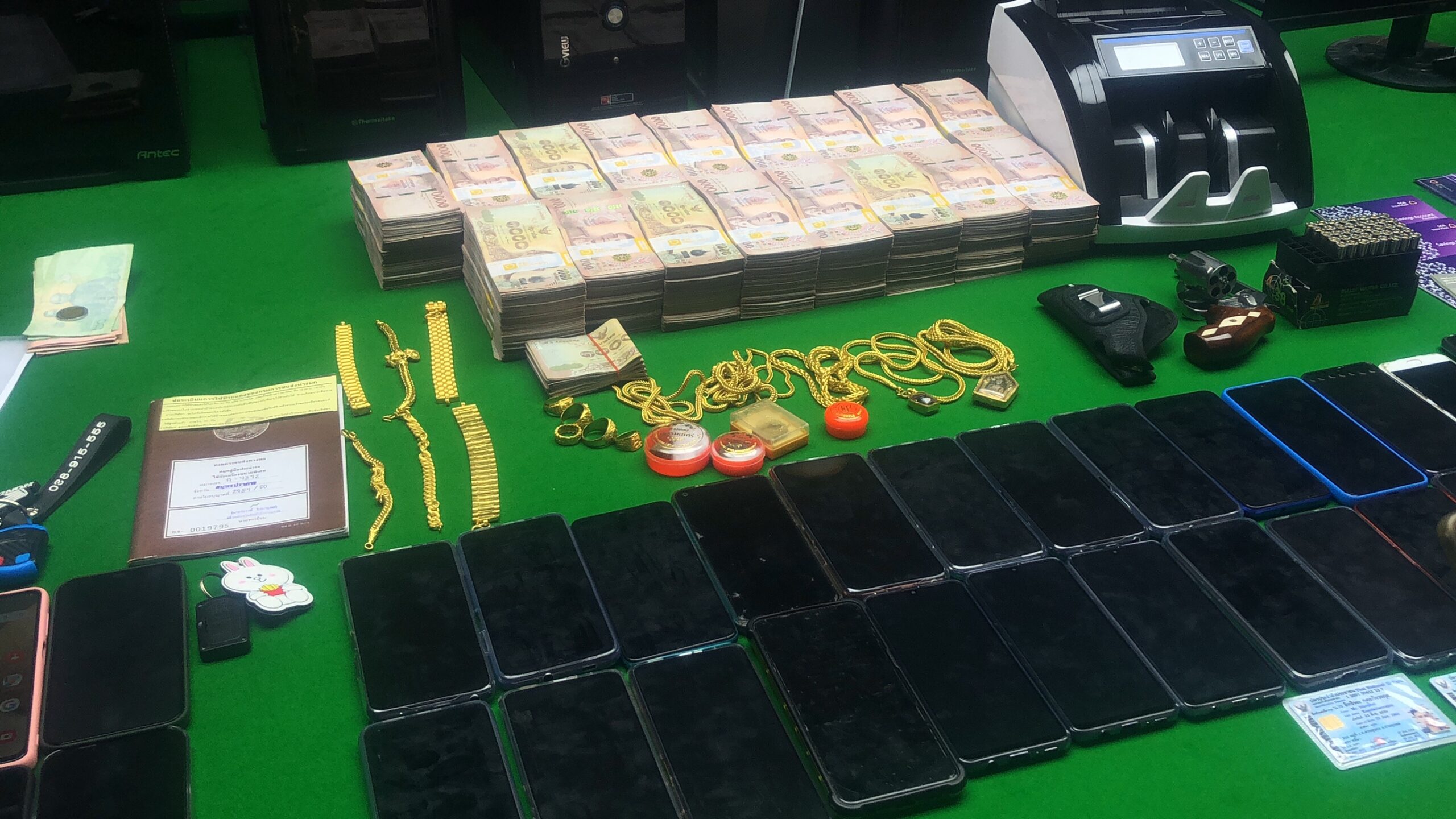 “The arrest followed Chonburi police tracking the suspects down from an online gambling website named ‘UFA special’ before the Pattaya Provincial Court issued an arrest warrant. We utilized tips from concerned citizens and information online to identify where the suspects were staying.” Thiti added.

“The suspects had operated their online gambling website at a luxury Nongprue home which was being rented for about 65,000 baht per month,” Thiti explained, without giving the exact location of the home.

“They were taken to a local police station to face charges of illegal operation of online gambling and illegal possession of firearms and ammunition,” Thiti stated.

Mr. Itthiphon reportedly told authorities, “We have operated this online gambling website for about three months. We received about nine million baht. We used the money we made to buy cars and motorbikes.”

Itthiphon claimed that nobody else was involved with the gambling websites but Chonburi police stated they did not believe this statement and were investigating if other individuals were part of the network, administration, or planning.