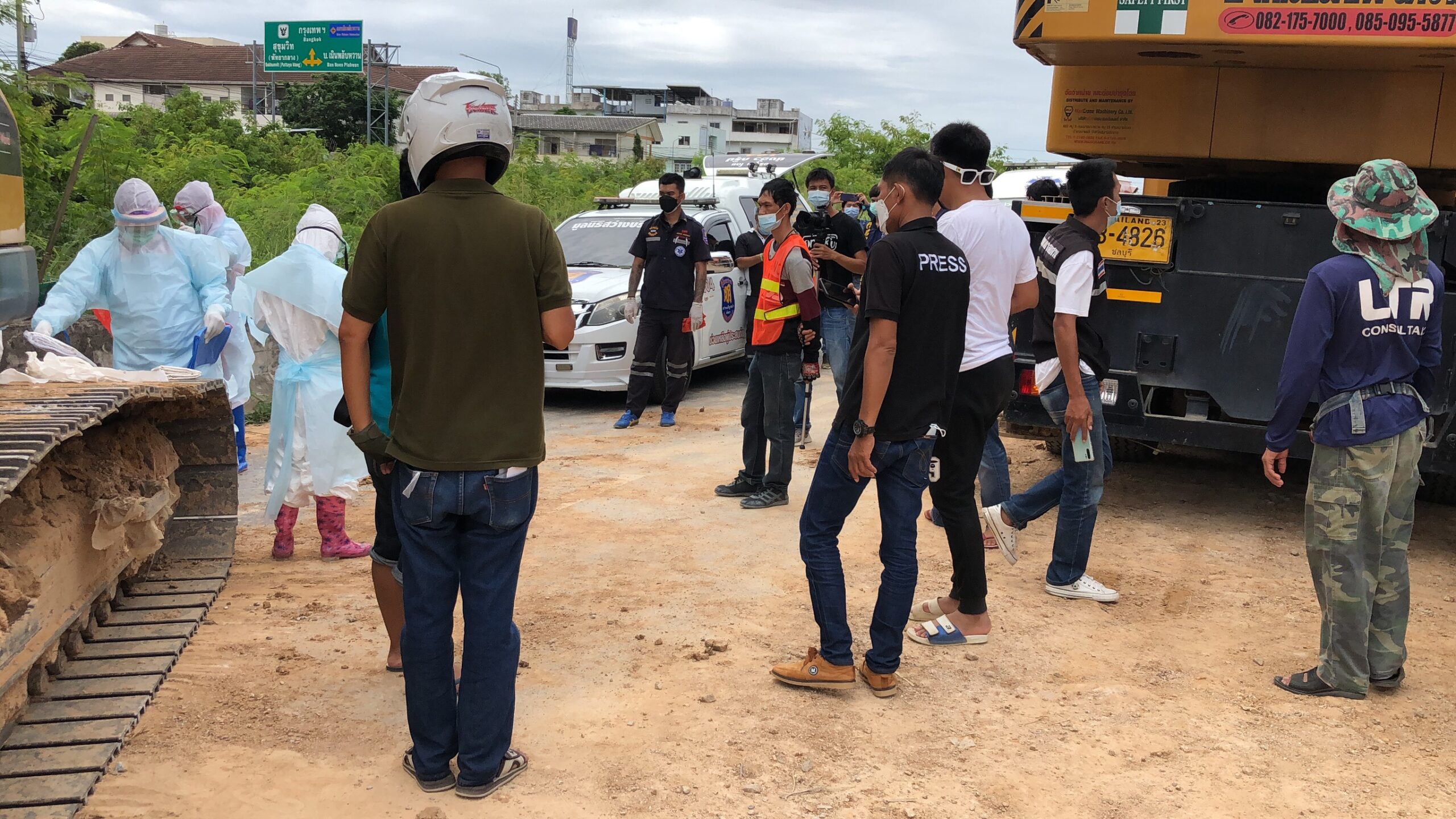 A construction worker passed away after being run over by an excavator in what was described by Nongprue police as a tragic accident in Pattaya Wednesday afternoon, July 21st, 2021.

The Nongprue Police was notified of the incident around 2:00 P.M. at a road along the railway between Soi Nern Plubwan and Soi Khao Noi where construction workers were working on drainage-related projects.

They and The Pattaya News arrived at the scene to find the body of Mr. Suwan Nayabu, 58. He had been severely injured due to being run over by a construction-related excavator and was pronounced dead at the scene.

The excavator driver, Mr. Nattaphon Sriwaurai, 37, told Nongprue police, “We were co-workers, placing drainage pipes on the road and had known each other for some time.”

“Mr. Suwan was clearing soil on the railway road nearby. My supervisor (who wasn’t identified to the press and who Nongprue Police stated was still under investigation) asked me to drive the excavator backward while clearing space for new pipes. No one saw Suwan who was behind my vehicle, leading to his death. I am very sorry, as he was my friend and co-worker.” Nattaphon stated.

The Nongprue Police said Nattaphon is facing charges of reckless driving causing death. It was not immediately clear if his supervisor or management would face charges related to the tragic accident. 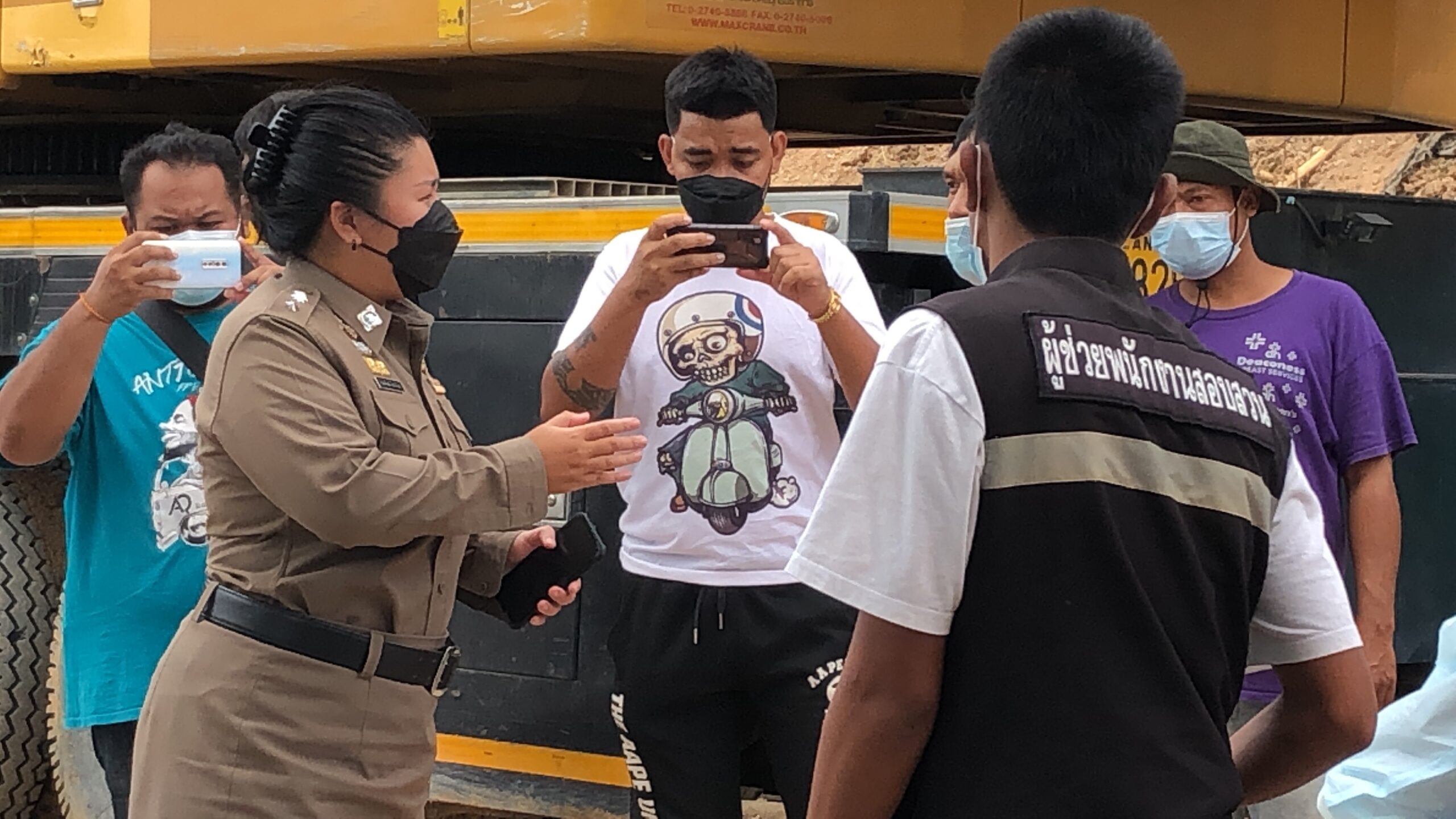