Pattaya was designated a Covid-19 maximum control, or “dark red” zone over the past weekend leading to thousands of restaurants being forced by Thai government mandate to reduce their offerings to take-away only for the third (technically fourth, with a one day closure in December) time in about a year and a half in an already devastated Pattaya highly dependent on tourism.

Due to Covid-19, borders for foreign tourists have been closed since March 2020 without quarantine and domestic tourism has essentially stopped since April of this year due to a current round of infections in the country. Tourism and income from entertainment and hospitality especially are responsible for about 80% of Pattaya’s GDP.  Entertainment venues have been closed for over three and a half months, leaving huge swathes of the city abandoned, and now restaurant owners, already struggling with restrictions on selling alcohol, virtually no tourists, and reduction of opening hours, have once again been hit by orders to ban dine-in.

During previous closures, especially the first closure last year, when Covid-19 was still novel, most restaurant owners understood and supported the closures. The overall mood has now changed in Pattaya, with many angry, asking why the vaccine program isn’t moving at a quicker pace (in their opinion) or why restrictions such as allowing only outdoor dining or capacity limits could not be implemented versus a complete ban on dining in at restaurants. Many restaurants that also depend on nighttime and overnight traffic are angry at a mandatory curfew from 9:00 P.M. to 4:00 A.M. that, according to them, cuts their business significantly. Some local restaurant owners and staff joined in a protest against the government over the past weekend in Pattaya as we reported here.

The Chonburi Governor released through their public relations accounts earlier this week, July 19th, 2021, new orders around closures, measures, and restrictions as the province becomes a “Dark Red” zone. The orders are effective until further notice, and not “just two weeks” as some sources have stated.

The main order that affected restaurants was as follows:

Multiple restaurant owners throughout the city have reportedly decided to temporarily close their venues, deciding that offering takeaway or delivery simply won’t pay their bills. Our news teams toured Pattaya City yesterday and noticed many restaurants that are normally open completely closed during the current restrictions, leaving more people without work and presumably with limited to no financial aid.  We spoke to one of those restaurant venue owners yesterday.

Ms. Suchaya ‘Yao’ Kaokaew, 62, the owner of the Krua Na Khon local restaurant which is located near the Bang Chak gas station in Central Pattaya told The Pattaya News, “We have tried takeaway and delivery only before, during the previous force closures. We had very few takeaway customers when dine-in was previously banned as our customers like to eat at the restaurant. We also had online food delivery but still not many orders. Our restaurant is in an open-fronted space with no air conditioning and is very safe from Covid-19 as it is not enclosed, but we are still not allowed to open, even with capacity limits.” “We had just opened about a month ago after previous closures and feeling out the current situation, hiring staff and preparing the restaurant. We have already been hit hard with no alcohol sales and not being able to open late. There are also few customers in Pattaya and almost no tourists. For now, we have decided to close our restaurant completely for 14 days. We will see what the situation looks like in a few weeks but we are not that hopeful and had to immediately lay off five good employees, who now have no jobs and no income. Is this fair to them? Is this fair to us? How many more times will this keep happening?” Suchaya stated.

“Authorities need to help us. We have invested lots of money to open the restaurant. There has, despite some national reports, never been decent-or any-financial aid for restaurants and most venues being closed by authorities due to Covid-19. The closures are not our fault, why are we being punished without any major support?” Suchaya concluded.

Many business owners are also asking what the end game is currently for the restrictions and closures. Without a significant amount of vaccines seemingly being implemented in Pattaya, an overarching financial aid program, or an exit strategy, it seems that the closures are being done as a “knee-jerk” measure without a plan to resume normal operations, according to many business owners. This also goes for the entertainment/nightlife industry owners, Pattaya’s bread and butter industry, that have been closed since April 10th, who report limited to no financial aid, and have no end in sight on being able to reopen their livelihoods.

This also comes as people seeking assistance at food charity lines and donations increase locally, as well as homeless, according to Pattaya City officials.

For now, all a Pattaya business owner like Suchaya can do is “wait” and hope the government gives the green light for her to earn a living soon for herself and her family. However, there is no “threshold” for what they will use to reopen and no current guidelines or “roadmap” out of the closures. 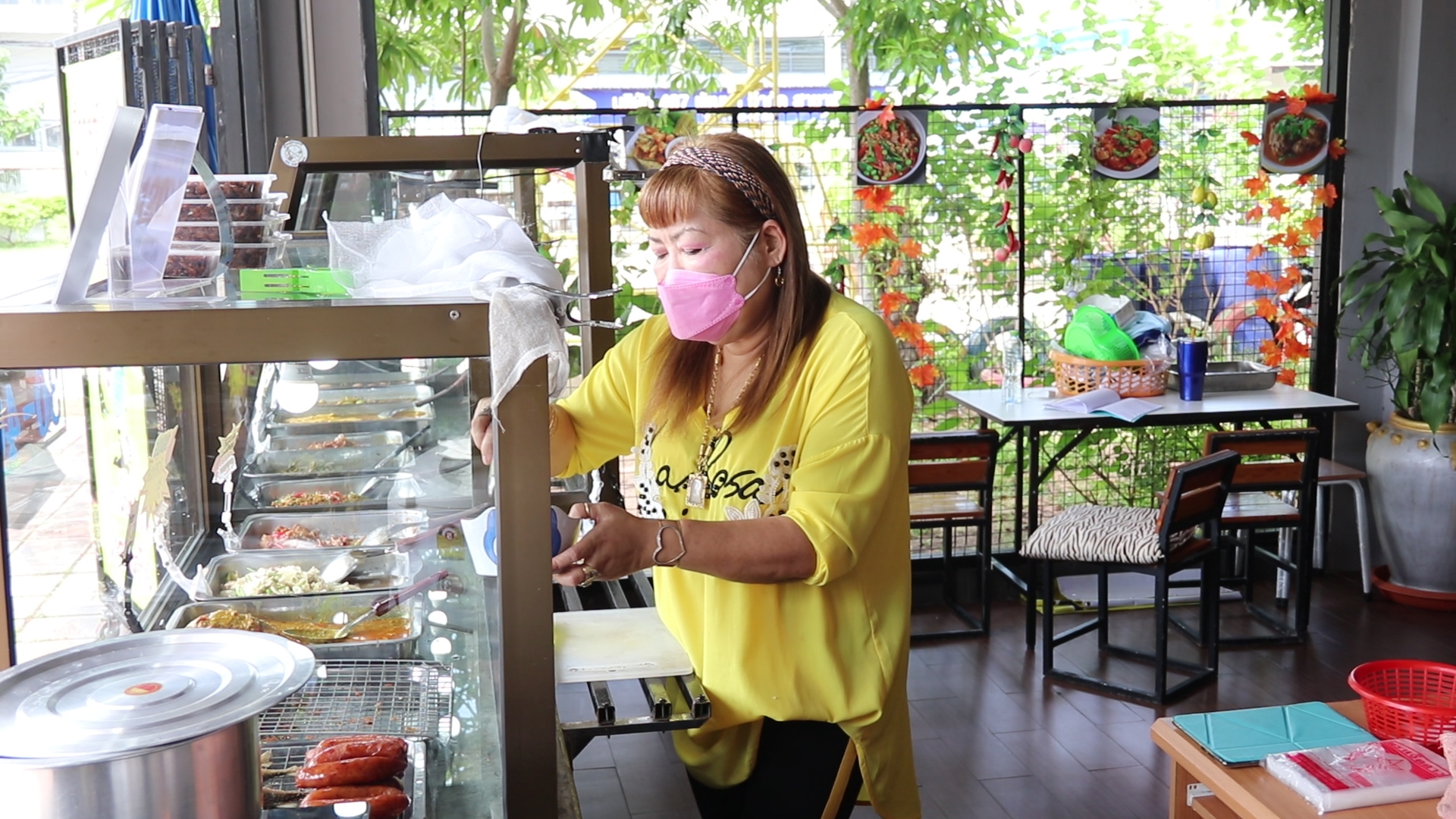