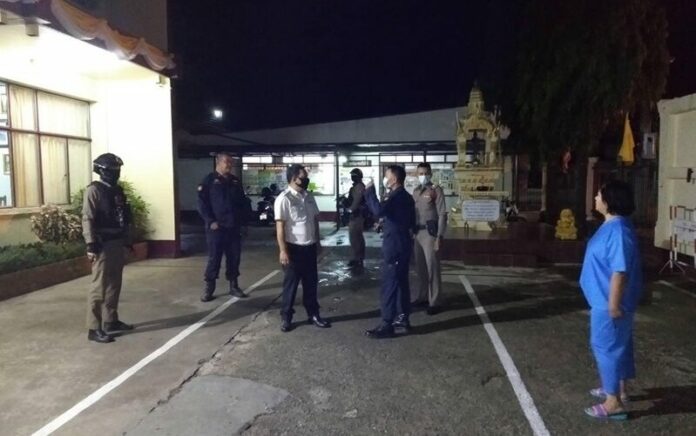 One of four fugitives was arrested in Mueang Phetchabun district this morning, July 19th, after breaking out of the Phetchabun prison in the early hours of this morning.

The four prisoners had reportedly escaped from the provincial prison at around 3:00 AM. Police and prison officials were deployed and began tracking down the fugitives shortly after they were discovered missing.

As of 6:00 AM., one of the fugitives, Watcharin Chanboon, was caught hiding at a Mueang Phetchabun school while the remaining three were still on the run. Neither Phetchabun Prison officials nor the police officials have yet made an official statement or provided any detailed information regarding the case, escape, and capture of Watcharin. However, they asked the public to contact 191 as soon as possible if they have spotted one of the fugitives.

The only remaining fugitive was Phatdanai who was believed to be not staying far away in the area of Mueang district. The police and officials are currently surrounding the area and continued searching for the man for the rest of the evening.

Phatdanai was arrested at his mother’s home nearby after trying to hide from the police. All four suspects are back in custody.