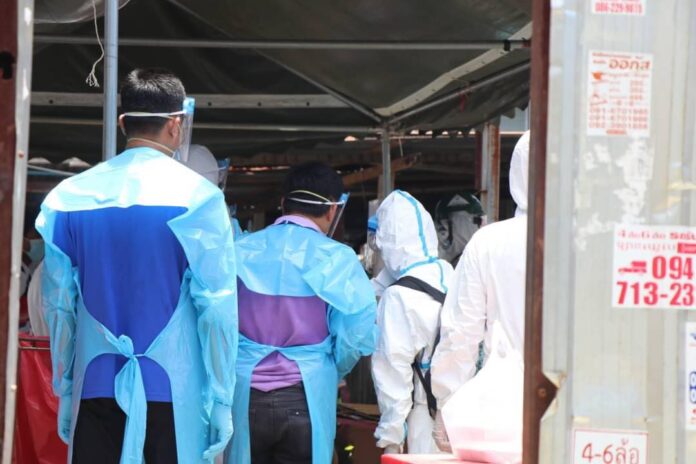 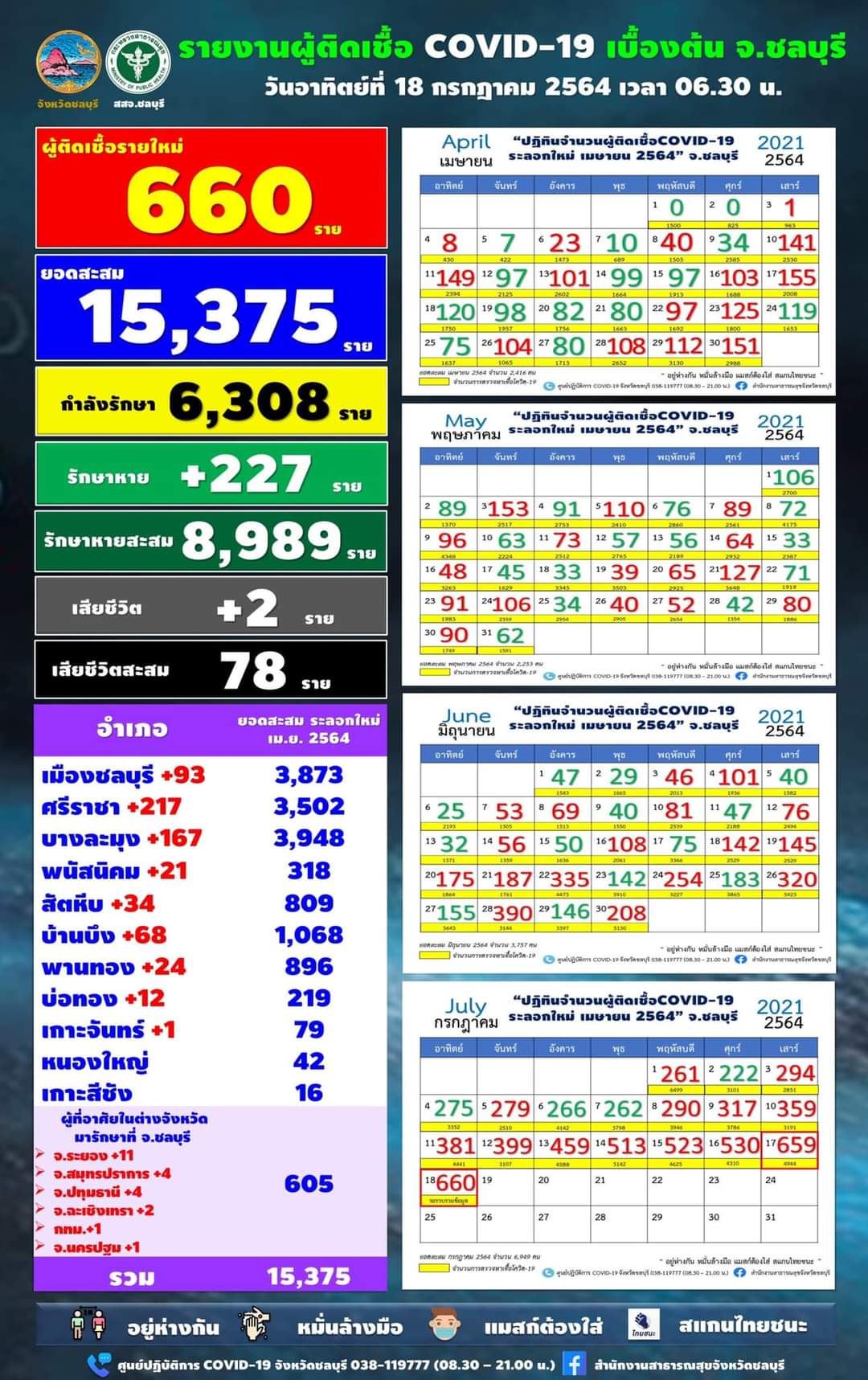 660 is a new record high for cases in the province, but only one more case than yesterday. However, 227 people were also released and recovered yesterday in Chonburi.

Additionally, 8,989 people in total have now been released from medical care and recovered in Chonburi since this current wave began.

There are currently, in Chonburi, clusters of Covid-19 at 14 establishments and five markets, 10 construction worker camps, and four communities.

More restrictions are widely expected to be announced by the Center for Covid-19 Situation Administration or CCSA sometime soon as announced by Prime Minister Prayut Chan-O-Cha Friday night.