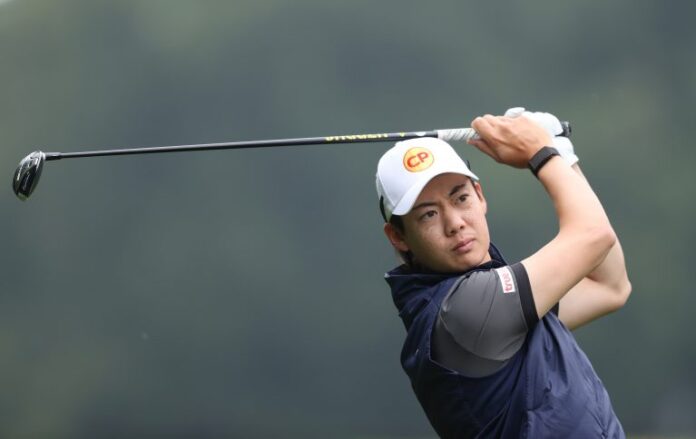 The following is a press release. Their opinions and statements are entirely their own.

Thailand’s Jazz Janewattananond grew up with dreams of putting on his goggles and competing for an Olympic medal in a swimming pool. A twist of fate will see him shoot for gold in the men’s golf competition instead later this month.

Jazz, the Asian Tour’s No. 1 in 2019, will line up alongside the world’s elite at Kasumigaseki Country Club on the outskirts of Tokyo from July 29 to August 1 where he and compatriot Gunn Charoenkul will make their Olympic debuts.

“Growing up, not many people knew I swam a lot,” said Jazz. “My dad wanted me to become a swimmer. When I was between four to eight years old, I used to swim a few kilometers every day. It was crazy. Now I won’t even go into the water,” he added with a laugh.

The 25-year-old recalls how he and his father would watch the Olympics on TV, in particular the track and field events and swimming competitions. American swimming legend Michael Phelps, the most decorated Olympian of all time with a total of 28 medals, was amongst the stars who caught his young eye back in the day.

“I would follow athletics and swimming and there was no golf back then,” said Jazz, who is now a six-time winner in Asia. “I used to watch Phelps dominate the pool, so it was a thing. The Olympics is the biggest stage for sports and it’s a huge priority for me.

“I don’t like to daydream and I don’t say things like I want to win the Masters one day or The Open. I won’t daydream except for the Olympics. The Olympics is different and I would often think what if I can win an Olympic medal. It’s so weird. I think it is the ultimate for sports.”

After others his age outgrew and outpaced him in the pool, Jazz tried football (soccer) but gave that up too after getting kicked and outmuscled. Golf came next when his father, a Thai judge, encouraged him to hit balls when he was eight. Bitten by the bug, Jazz became a golf prodigy and emerged as the youngest player at age 14 to make the halfway cut at an Asian Tour event in 2010. A day before he turned 15, he joined the professional ranks.

It was not a quick ascent though, as Jazz took a few years to adjust to life in the professional ranks. In 2016, he decided to spend a few months in a Buddhist monastery where he learned to become a monk – a ritual common amongst young Thais as a mark of respect to their parents. In February of 2017, he won the Bangladesh Open, crediting his first Asian Tour victory to his time in the monastery for success.

“I prayed and chanted every day in the temple. I felt really peaceful. Golf used to be everything but now, I’m just happy I get to play in tournaments,” said Jazz, whose Sunday trademark is to wear an orange shirt which is the color of a monk’s saffron.

By the end of 2019, he joined an illustrious list of famous Thai golfers including Thongchai Jaidee and Kiradech Aphibarnrat to win the Asian Tour Order of Merit following four wins before his momentum was halted by COVID-19.

After showing glimpses of his best form with a third-place finish in Kenya and tied 11th in the British Masters earlier this year, Jazz knows there is so much to play for in the Tokyo Olympics. “I’m really happy to qualify. It’s been a long journey. We were aiming to play last year but we couldn’t. I’m just glad I finally made it,” he said.

“I’m excited to represent my country, and it’s an honor. I remember Thongchai and Kiradech sharing their experience after they came back from Rio de Janeiro and Kiradech played well that week (to finish fifth).

“We’ve got two from the men’s and women’s (Ariya Jutanugarn and Patty Tavatanakit), so four chances there to win a medal for Thailand. One of us needs to have a good week to win a medal for our country. Golf is not like any other sport and you don’t need to be the best. You just need to have the right week. It would be mad to get a medal, it’ll be crazy if I do.”