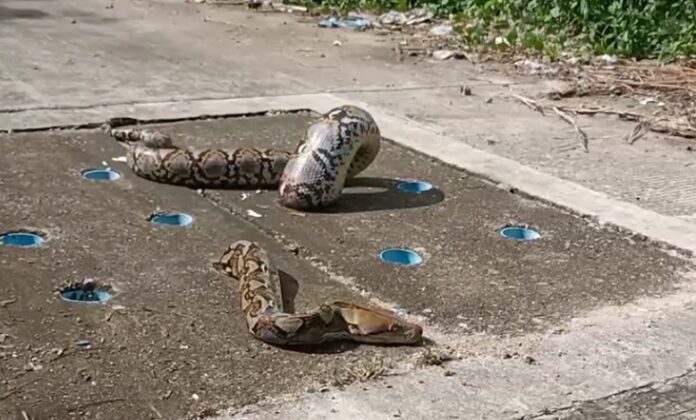 A three-meter-long python was rescued yesterday in Si Racha (July 12th) after the snake became stuck while trying to exit a drain cover on a local road.

Rescue workers were notified of the python from a concerned resident around 3:00 P.M. yesterday on Soi Khao Din in Nong Kham. Rescue workers and animal control arrived at the scene to find the python stuck in several pipes on a drain cover in the middle of the road, looking distraught at the predicament they were in. 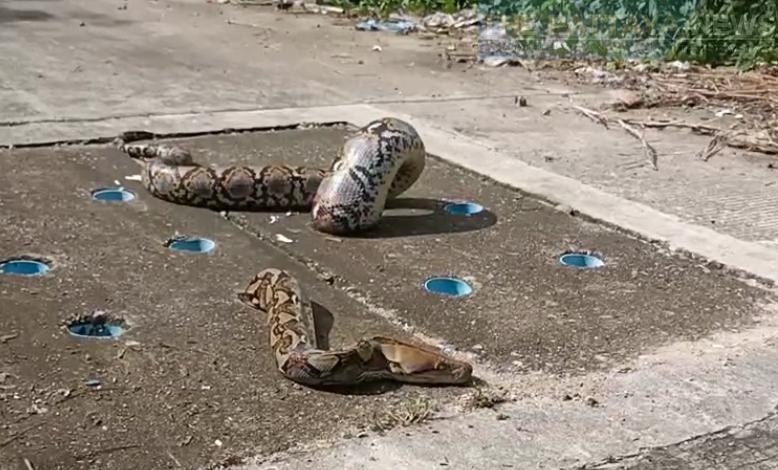 Rescue workers carefully pulled the python from the manhole. The python is about three meters long and was unharmed.

Mr. Petcharat Promueang, 67, told associated local Thai press, “I was driving home on my motorbike when I saw several dogs in the middle of the road barking furiously at the drain. I stopped to see what they were looking at and that is when I noticed the python. I kept the dogs from attacking the reptile as I called for assistance.” 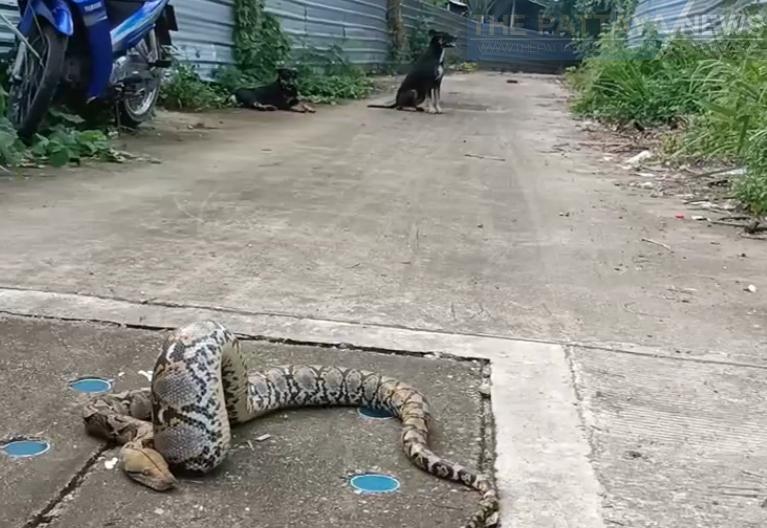 Mr. Petcharat noted that the python appeared to have recently consumed a meal, part of the reason it was unable to escape the storm drain. The snake will reportedly be taken to a wooded area nearby and released and will not be harmed, according to animal control workers.