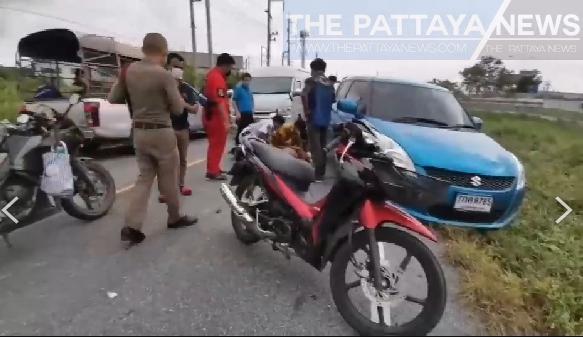 A taxi motorbike driver has sustained serious injuries after he collided with a sedan in Mueang Chonburi just before the past weekend.

The Don Hualor Police were notified of the accident on Thursday (July 8th) on a road near the main motorway.

Police and The Pattaya News arrived at the scene to find the taxi driver Mr. Auod Homkueanm, 40, a taxi motorbike driver lying unconscious with severe head injuries on the road. Nearby, Don Hualor police found his damaged motorbike and a blue sedan.

The sedan driver, Mr. Satean Jaikla, 48, who was not injured, told Don Hualor police, “Mr. Auod appeared to have lost control of his motorbike before careening across the road into the opposite lane and crashing into my vehicle.”

At this stage, Don Hualor police believed that Mr. Auod forgot to pull up his motorbike kickstand completely which caused him to lose control of his motorbike after nicking the pavement.

However, Don Hualor police are continuing their investigation to find the exact cause of the accident and plan to review CCTV in the area. Mr. Satean has been described as cooperative by police and it is unlikely he will be charged at this time. 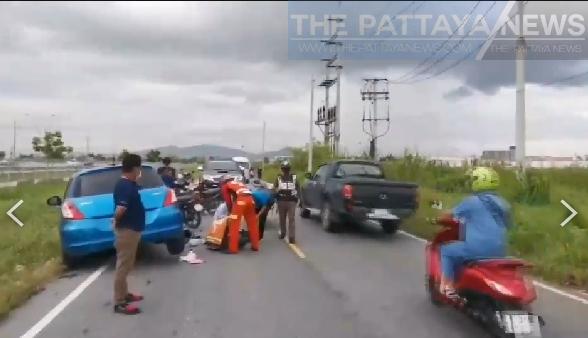