Most of them were reported with underlying health conditions, including hypertension, diabetes, hyperlipidemia, kidney disease, lung disease, heart disease, obesity, strokes, and cancer. Nine of the fatalities did not reportedly have any health conditions.

Of the new cases, 3,961 were found in hospitals and medical services (which includes contact tracing cases), 2,109 were from a proactive approach at previously reported clusters, 84 were from prisons, and the remaining 12 were imported cases.

Regarding the non-prison local infections, the highest numbers of patients were reported in Bangkok with 1,729, followed by Samut Prakan with 441, Samut Sakhon with 389, Pathum Thani with 352, Songkhla with 318, and Chonburi with 279.

As of today, 2,534 people fully recovered in the past 24 hours and have been released from field hospitals and quarantine centers. Thailand has now reached a total of 289,233 cases with 223,437 recoveries and a total of 2,276 deaths since the start of the pandemic. 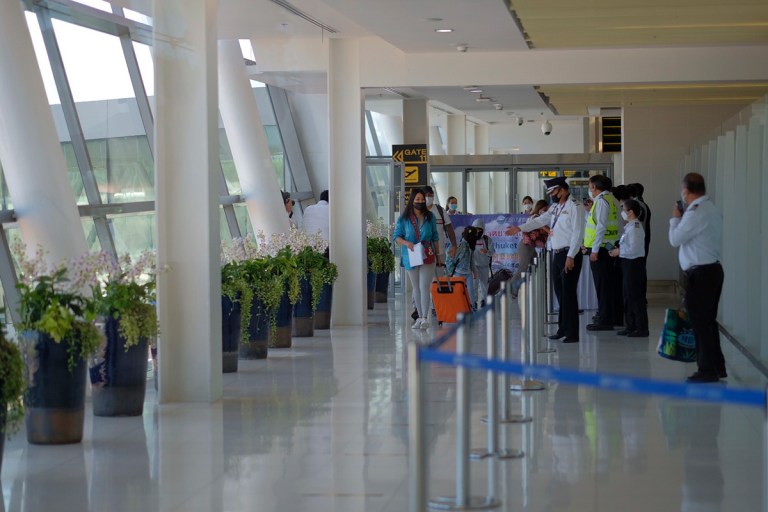 Meanwhile, Phuket Provincial Public Health Officials revealed that an average of 500 foreign tourists has arrived at Phuket under the “Phuket Sandbox” project per day since the island reopening last Thursday, July 1st. Of that, none of them have been tested positive for Covid-19 Coronavirus thus far.