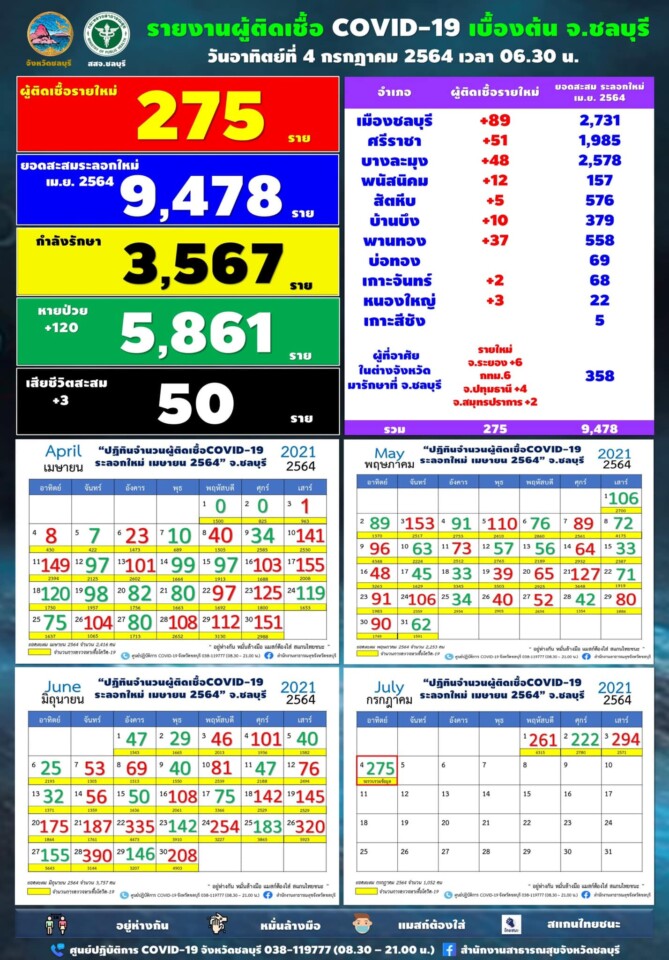 Additionally, 5,861 people in total have now been released from medical care and fully recovered since this current wave began. 120 people were released yesterday.

2. Proactively inspect the Buri Boriban Market Bang Pla Soi Subdistrict Mueang Chon Buri District 10 cases. This market was ordered closed last night which you can read about by clicking on this sentence here.

6. Touch the confirmed patient (from a private party) 1 person

10. Previously confirmed patients (Which is under investigation) 37 cases

The Chonburi outbreak is now in clusters at nine establishments and five markets, six construction worker camps, and three communities according to Chonburi officials. Chonburi Public Health workers are asking people to not let down their guard as cases in Chonburi have been high for several weeks now with cases for the last week alone regularly reaching over 200 cases a day.

Chonburi has also now banned alcohol sales overnight from 8:00 P.M. to 4:00 A.M. as well as banned drinking in groups of as few as two people overnight, even at your own home. Officials claim small groups of people drinking has been a major source of the Covid-19 spread in Chonburi.

You can read about this order by clicking here.