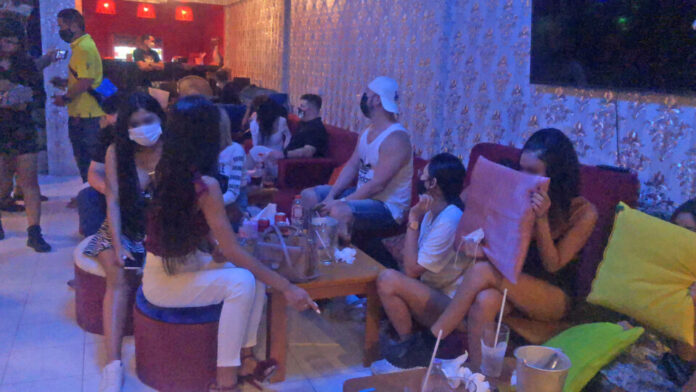 More than 100 people, a mix of Thais and foreigners, have been arrested in a South Pattaya raid while allegedly drinking alcohol and smoking shisha and related products at two “restaurants” that Pattaya police stated was violating the current Thai emergency decree to prevent the spread of the Covid-19 coronavirus.

The two restaurants in question had, according to police, secretly become bars and shisha lounges. By Thai law all bars and entertainment venues were currently closed nationwide. Shisha has been against the law for some time in Thailand. Additionally, sales of alcohol at restaurants is currently against Chonburi Covid-19 rules. 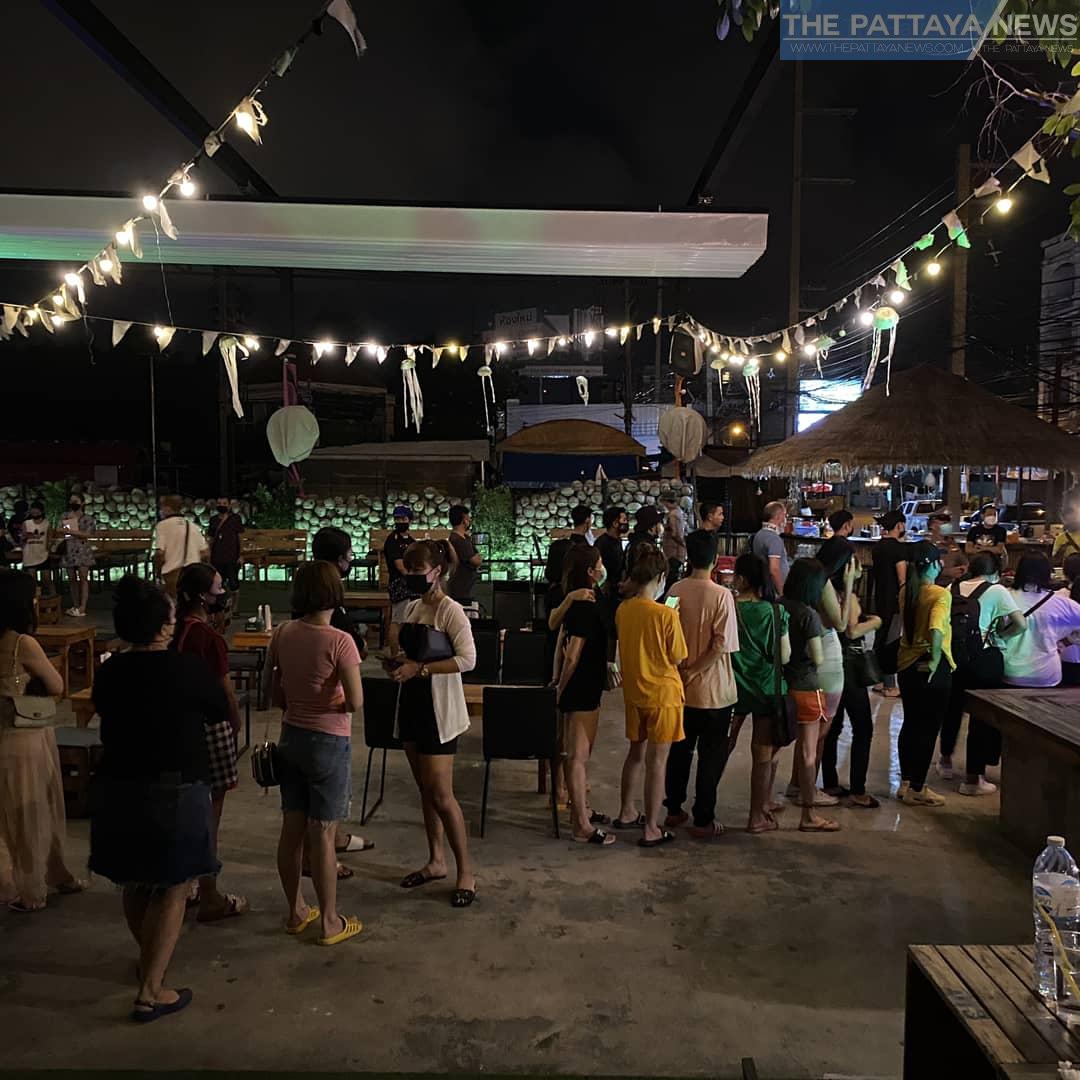 The arrest follows Pattaya police being notified from tips from what they described as local anonymous concerned citizens as they were reportedly concerned about the Covid -19 situation and chance of the virus potentially spreading.

From midnight to around 2:00 A.M. this morning (June 26th) a team from the Chonburi Provincial Police led by Colonel Santi Kornkasem and the Pattaya City Police raided two places which are the ‘The Garden 168’ and ‘Mo Salah’ bar and restaurant starting at 11:30 P.M with the Garden and ending with Mo Salah around 1:00 A.M. 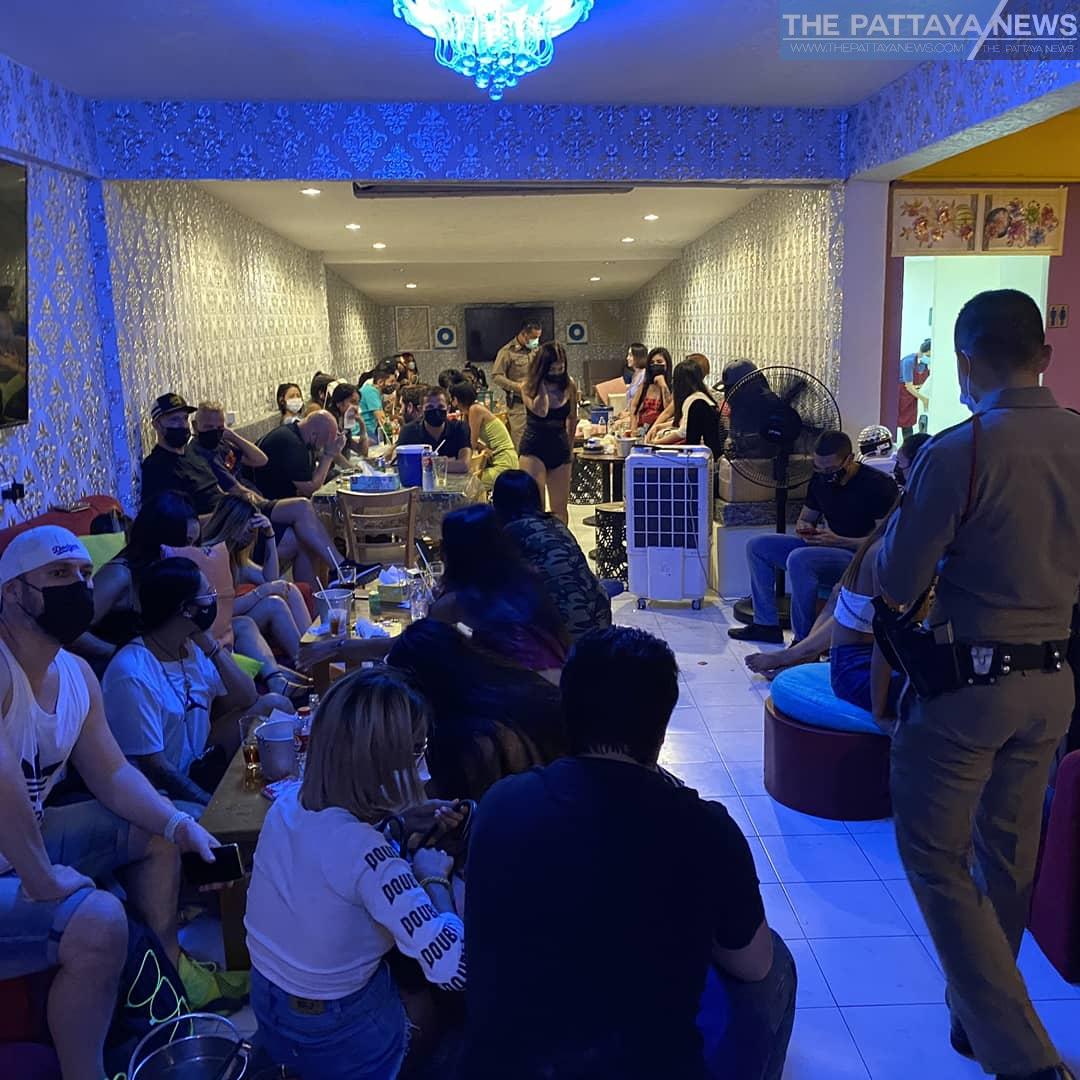 121 Thais and foreigners were reportedly found drinking alcohol, socializing and mingling without masks or social distancing, and using shisha and similar smoking devices at the places. The shisha was only found at the Mo Salah location. 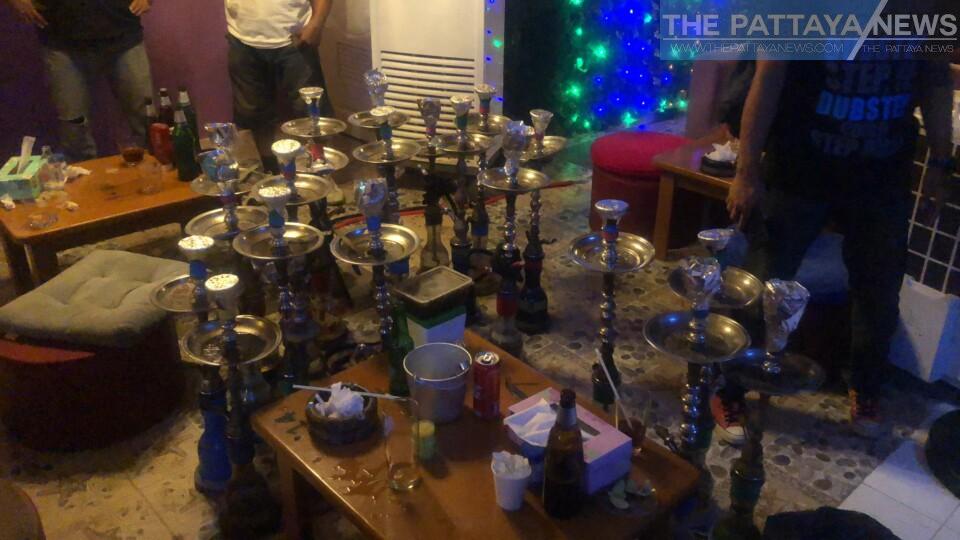 Police arrested 29 people from ‘The Garden 168’ and 72 from ‘Mo Salah’. Additionally 20 more people allegedly drinking and gathering in groups on Pattaya beach nearby were also arrested for violation of Covid-19 rules such as social distancing.

At Mo Salah it took nearly twenty minutes for police to successfully gain entry where the majority of the people were in a special vip area on an upper floor according to police. Several people attempted to hide from police, including under discarded branches, in restrooms, and on nearby rooftops but all were caught according to Chonburi police. 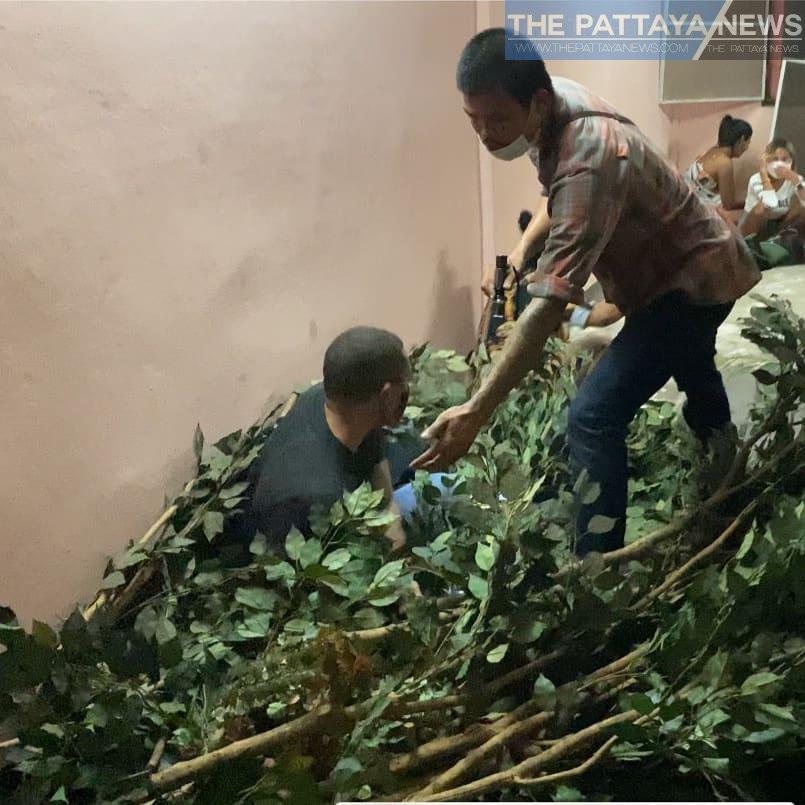 They were all taken to the Pattaya City Police Station for further legal action. Shisha has been illegal well before Covid-19, notes the Pattaya News. 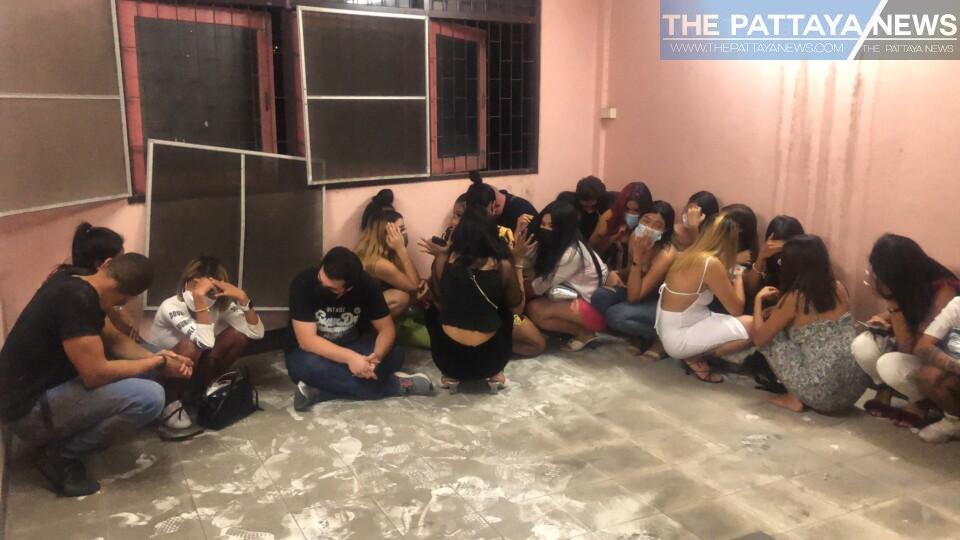