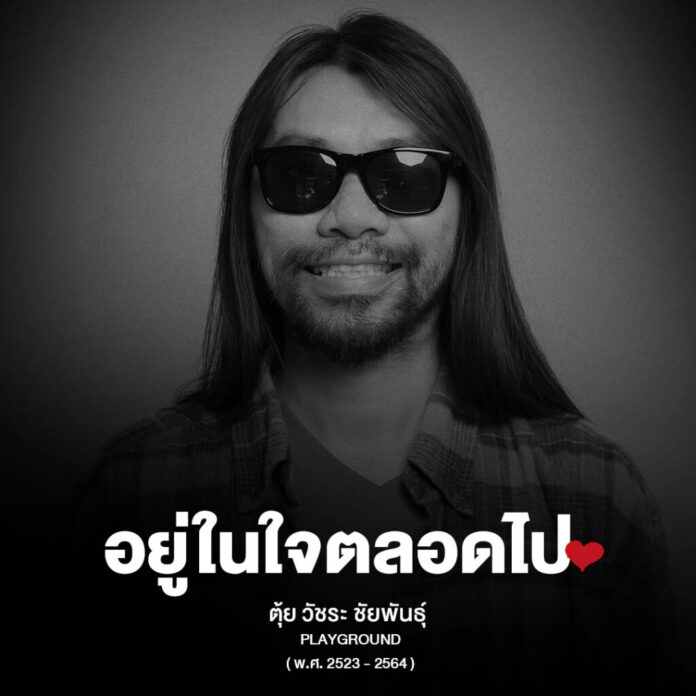 Members of Thai famous alternative-rock band “Playground” announced on their social media this afternoon, June 23rd, the search for bystanders who may have witnessed a fatal accident of their guitarist, Watchara “Tui” Chaiphan, near Kallapapruek road in Bangkok early this morning.

The 41-year-old guitarist was killed instantly in a road accident around 7:50 A.M. in the morning when he was riding a classic motorcycle and reportedly crashed into the rear of a small public 4-wheel truck parking in the leftmost lane of the Kallapapruek road in Bang Khae district and overturned, immediately breaking his neck and eventually causing death.

According to the Facebook status, his colleagues were looking for any passing drivers with a front camera that could capture the incident as well as a prime witness, who was reportedly a university female student, who allegedly approached Watchara and tried to help him to provide more details about the incident as the police investigation is undergoing.

The Pattaya News/TPN Media would like to offer our condolences to Watchara Chaiphan’s family and friends.