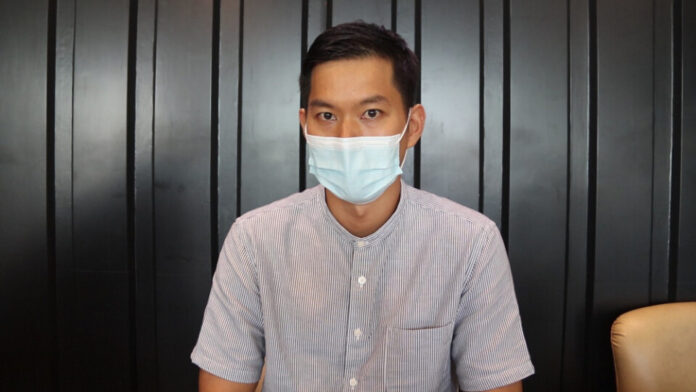 Eight major business and tourism associations in Pattaya stated today that they have met recently with the Minister of Tourism, Phiphat Ratchakitprakarn, and have stated that they want to be able to open to foreign tourists (and domestic tourists) in August and that vaccines must be prioritized for Pattaya.

Mr. Boonanan Pattanasin, president of the Pattaya Business and Tourism Association, revealed the recent meetings and discussions to the local Pattaya press this morning.

It was clear that city business leaders, approaching three months of closures that have shuttered the cities entertainment and tourism industry and crippled most other sectors, were stepping up pressure on leaders to deliver. In the past fifteen months, Pattaya, dependent on tourism for about 80% of their GDP, the 19th most visited city in the world in 2019, and highly reliant on the entertainment sector, has struggled heavily, perhaps only topped by Koh Samui and Phuket in terms of economic and infrastructure damage to their tourism industry.

For roughly eight of the past fifteen months, entertainment venues have been closed, along with on and off restrictions and closures for other sectors. Domestic tourism had been driving traffic heavily prior to recent closures, but that was now largely gone as well due to the ongoing Covid-19 situation and restrictions that have closed the cities entertainment and nightlife sector, a major draw for the city.

Unfortunately, the current closures have been dragging on with no end in sight, and just today Chonburi had a record number of Covid-19 cases, albeit driven by primarily market workers and migrant communities in Mueang Chonburi. Although most sectors, other than entertainment, are allowed to open their business, many are shuttered or empty as the city is highly reliant on the nightlife industry and accompanying tourists, both foreign and domestic. This has become increasingly apparent the longer the closures stretch on, leaving large stretches of the central part of the city derelict and quiet, regardless of the type of business. Ex-pat areas, especially in East Pattaya, have done fairly well, to be fair, but are not what drives tourists to the city and the longer restrictions and closures are in place the more the main tourism infrastructure suffers.

According to Mr. Boonanon, the city needed about 900,000 doses of Covid-19 vaccines to reach its target of 70% of the population vaccinated. This takes into effect not just those people currently in the city but an expected rush of people from other provinces once foreign tourism is reallowed and the entertainment sector can open. Pattaya has privately ordered 100,000 doses of Covid-19 vaccines recently from Sinopharm but will need many more in partnership with the central government to recover the economy and open the city.

The current plan proposed by city officials and the Tourism Authority of Thailand is to open Pattaya to a “sealed route” program, similar to Koh Samui, and then gradually loosen restrictions from there. Essentially, this means visitors would spend the first few days at their hotel/resort having freedom of the resort and planned excursions, and then be allowed to go where they wished. Mr. Boonanon said this would be at least a start and help struggling industries, business owners, and staff.

You can read more about the sealed route proposal by clicking here.

Mr. Boonanon said that so far Chonburi had not been allocated enough vaccines, although understood why as many had to be delivered to Bangkok which was the main current source of the outbreak in Thailand. He mentioned, however, that out of a list of 10,000 names of people who worked in the tourism industry in Pattaya provided by the association, only 200 had been vaccinated so far and allocated vaccines, despite promises to focus on high-risk tourism employees who would be front-facing to tourists.

According to the Ministry of Public Health, the vaccine allocation problem was not a lack of supply, but “technical issues” and should be corrected soon. Mr. Boonanon stated that business and tourism associations and owners in Pattaya were confident that the plan to get the city moving could work, but needed cooperation on all levels and understanding of the economic importance of Pattaya and Banglamung.

Mr. Boonanon said so far there was no definitive answer on when Pattaya City would get the number of vaccines it needed to reach the government target of 70%, although Public Health Officials have previously stated September, which business leaders want to be moved up to August. Pattaya City has the staff and logistics to give over 10,000 injections a day and proved this during the recent vaccination campaign, according to Boonanon, they just need the supply. If they had the supply they could get the city on track in just over a month, according to Boonanon.

In the meantime, Mr. Boonanon said tourism and business owners could not wait forever and were currently focused on meeting health and safety standards at tourism attractions, hotels, and hospitality and getting the city ready for opening vs. focusing on roadblocks.