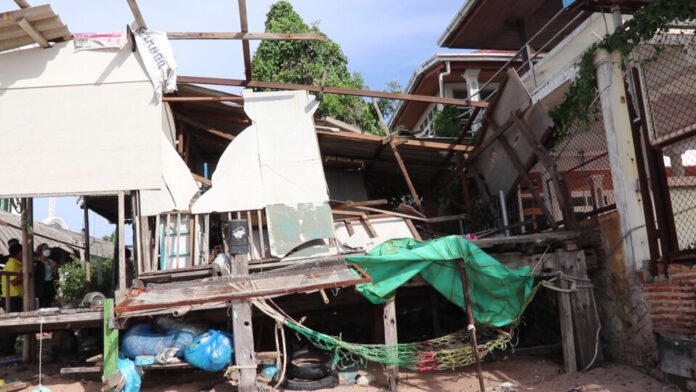 Strong winds and heavy rains brought down at least one large tree and damaged houses in Pattaya and the Banglamung area over the past several nights.

On Soi Banglamung 39 in Nongprue a mammoth tree which locals claimed is at least 70 years old had been broken down by substantial winds before landing on a local house. 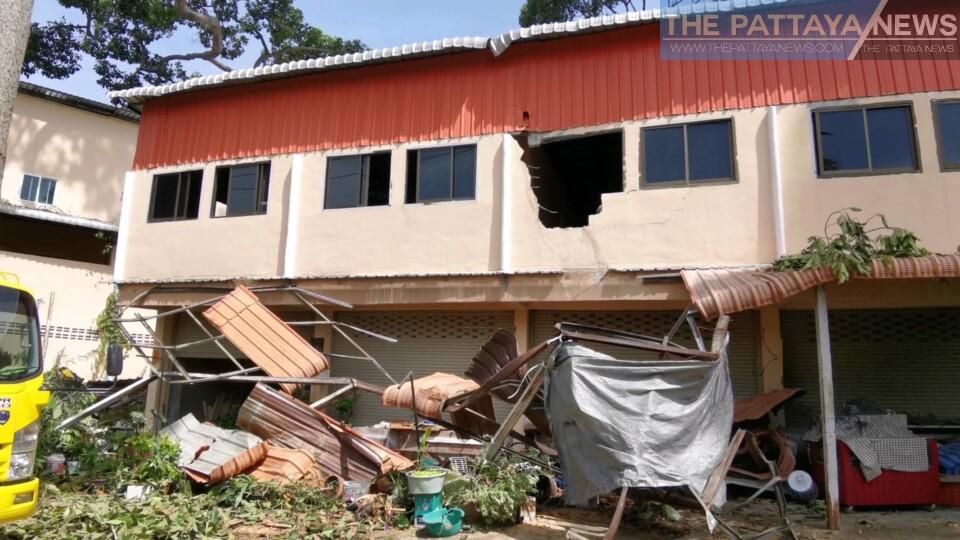 Mr. Suriya Wannasuwong told The Pattaya News, “The storms hit around 10:30 P.M on June 20th. A massive tree branch hit my home, causing significant property damage. Luckily, my family and I were not injured.”

You can watch a video of another tree that fell, injuring one young man over the weekend here.

Meanwhile, on Soi Udomsuk 5, in Nong Plalai a metal sheet roof was blown out from an under-construction parking structure onto a local house, also causing property damage. 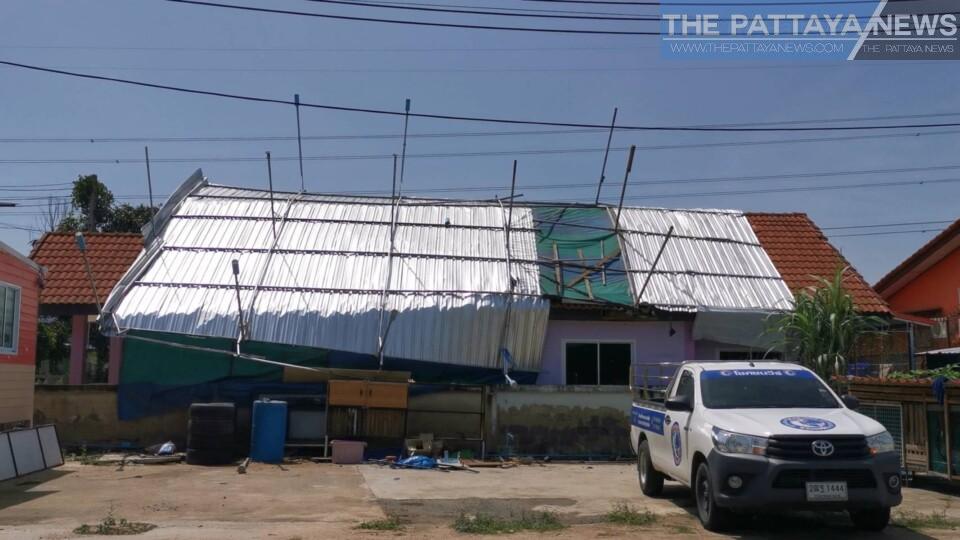 Mr. Kampong Kruasom, 55, told The Pattaya News reporters that the metal sheet roof was being installed for a car park nearby. Strong winds caused the under-construction roof to be torn off and land on his home.

Mr. Kruasom stated to our reporters that he has filed a report to Banglamung police in order to ask for compensation from the owner of the parking garage for the damages done to his home.

Video of the flooding around Pattaya that our reporters took over the past several days can be viewed here.

Cleanup of the damages around Pattaya has been taking place over the past day by provincial electrical authorities, law enforcement, volunteers, and other relevant agencies. Multiple power lines and trees were brought down over the past several days around the Banglamung area. 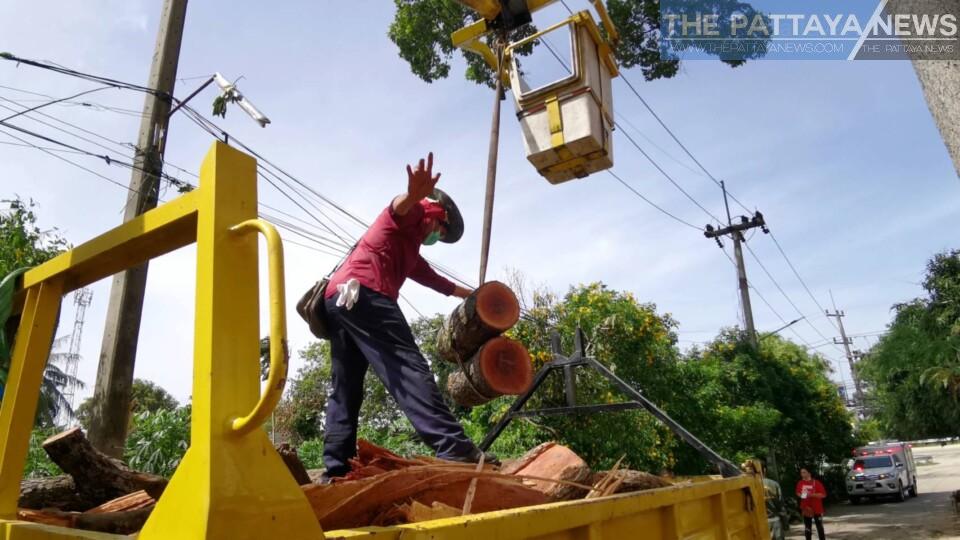 Pattaya City Deputy Mayor Banlue Kunlawanich visited a local house in Naklua whose house was severely damaged by one storm over the weekend.  Mr. Banlue gave the owners supplies and support to recover from the devastating damages. The cover photo of this article as well as the photo below shows the extent of damages done to this particular home from the recent storms. 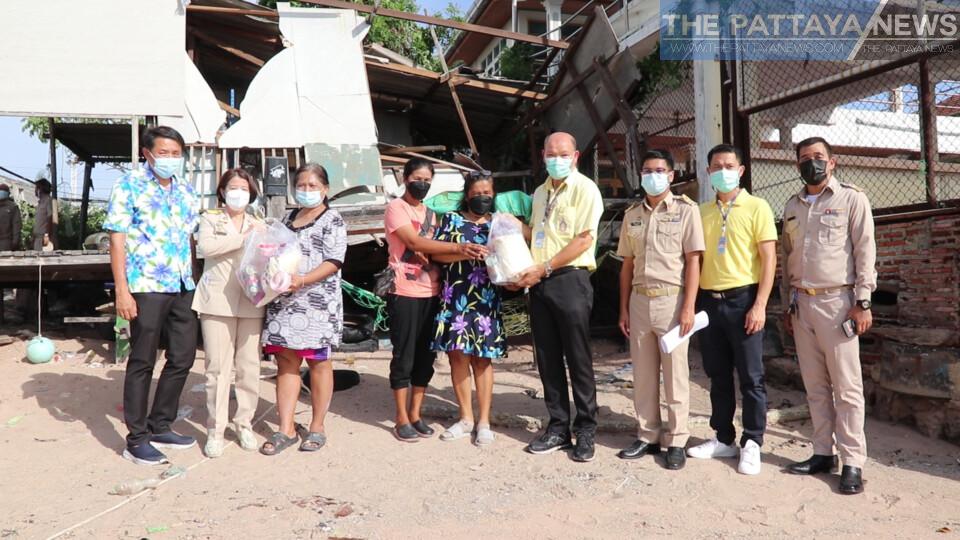 Mr. Banlue stated that Pattaya City authorities were working on assisting the family, who didn’t wish to be named, with compensation and financial support for the damages to their home from the recent storm.

Click here to read our recent articles about the storms that hit the past several days!