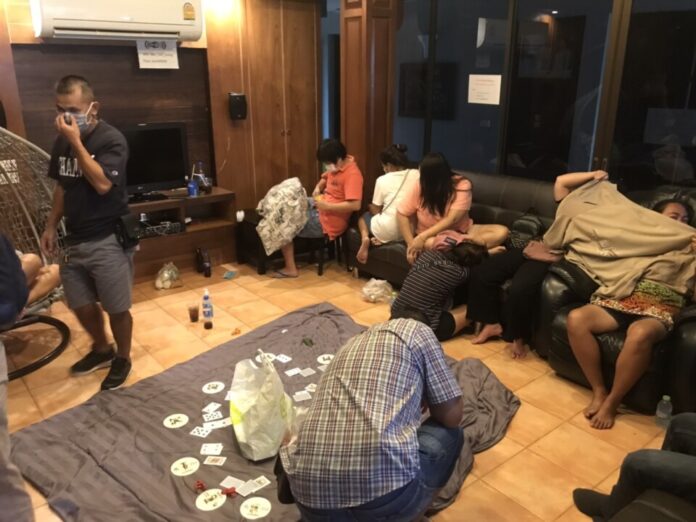 The raid took place at 5:00 P.M. today, June 22nd, at a rented luxury pool villa located on Moo 7 in the Nongprue sub-district in Banglamung. The raid was led by the Nongprue police including the superintendent of investigation and a team of detectives led by Lt. Col Ekarin Sikhakul.

The raid followed a tip given by neighbors in the area who reported to police they were constantly seeing people coming and going from the villa in question and that the neighbors were as a result concerned about the potential spread of Covid-19 in their local area. 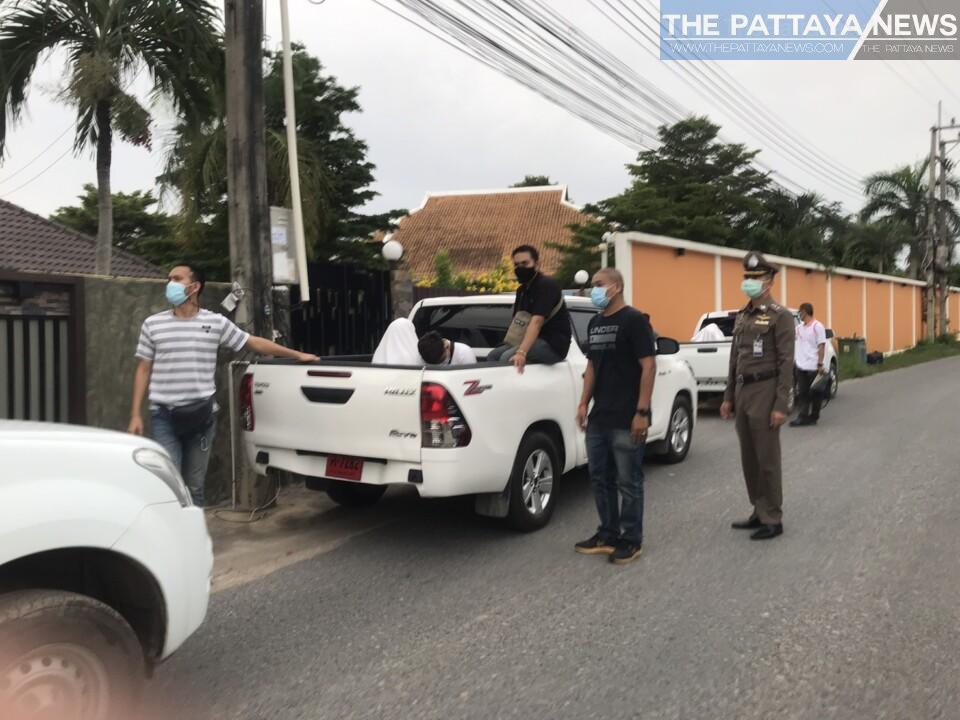 Upon arriving, Nongprue police found a five-room luxury villa with a swimming pool, pool tables, and other amenities. They discovered 13 women and three men gathered around decks of cards and other gambling equipment in a hall in the central part of the villa. An undisclosed amount of cash, described by police as substantial, was also found.

Pol Col. Chitdecha Songhong, the Nongprue Police Chief, told The Pattaya News reporters that stomping out illegal gambling was a current major priority for police in Chonburi due to the ease of Covid-19 spreading at such events as well as strict Thai laws around gambling. In addition, due to the ongoing Euro football tournament, gambling prevention was a major focus for Royal Thai Police around the country. 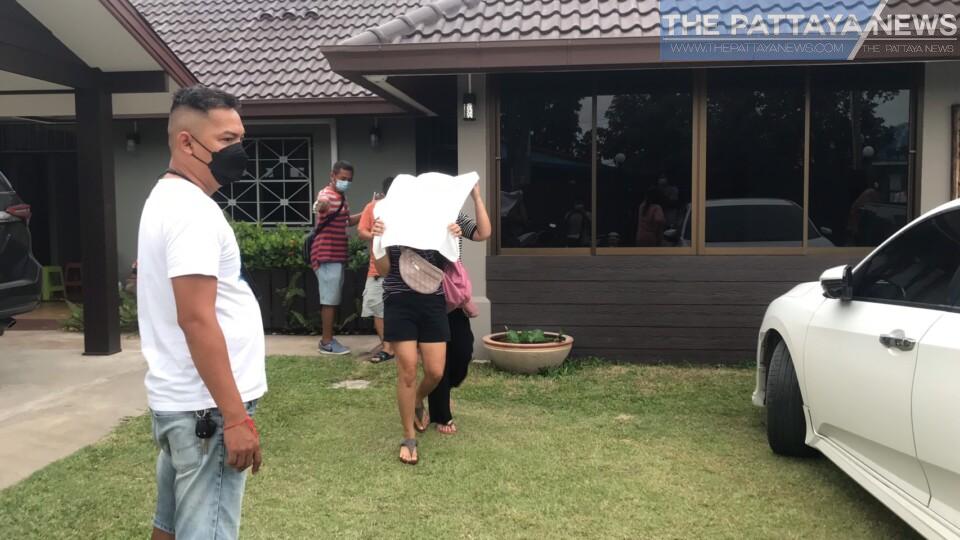 The sixteen people found at the villa, who were not named by Nongprue police, reportedly admitted to illegal gambling for amounts as high as hundreds of thousands of Thai baht. Nongprue police also stated that the group was allegedly not following Covid-19 precautions by not wearing masks or social distancing, along with other Covid-19 restriction violations. 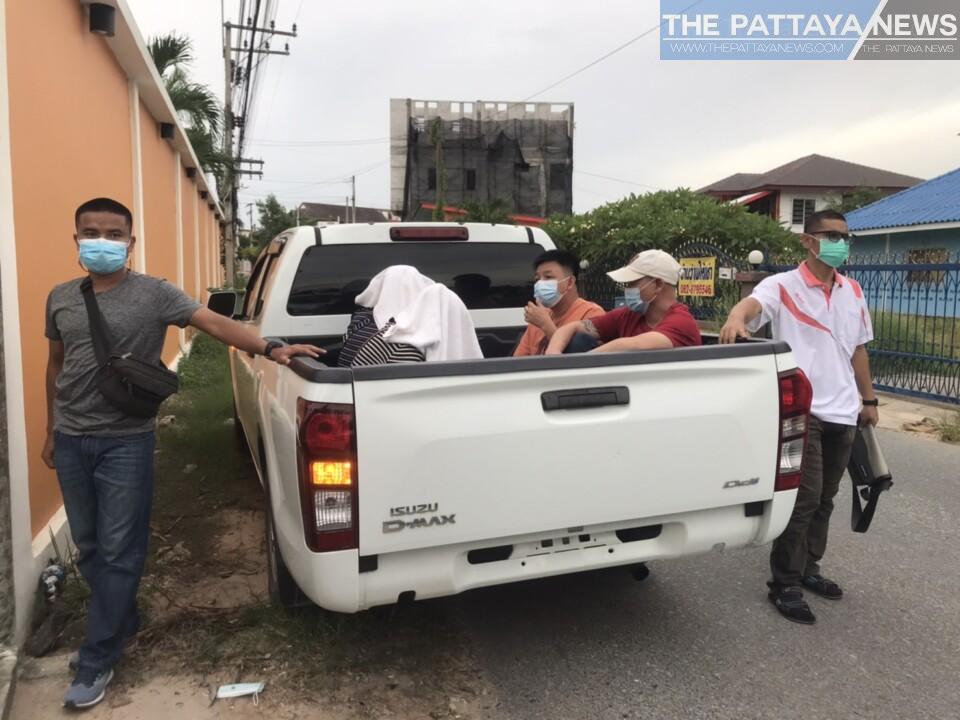 All sixteen gamblers were arrested and sent to a local police station for further processing for both violations of Thai gambling laws as well as communicable disease act rules and the Emergency Decree. The latter, in place due to Covid-19 restrictions and rules, could potentially carry extremely high fines and/or potential jail time. 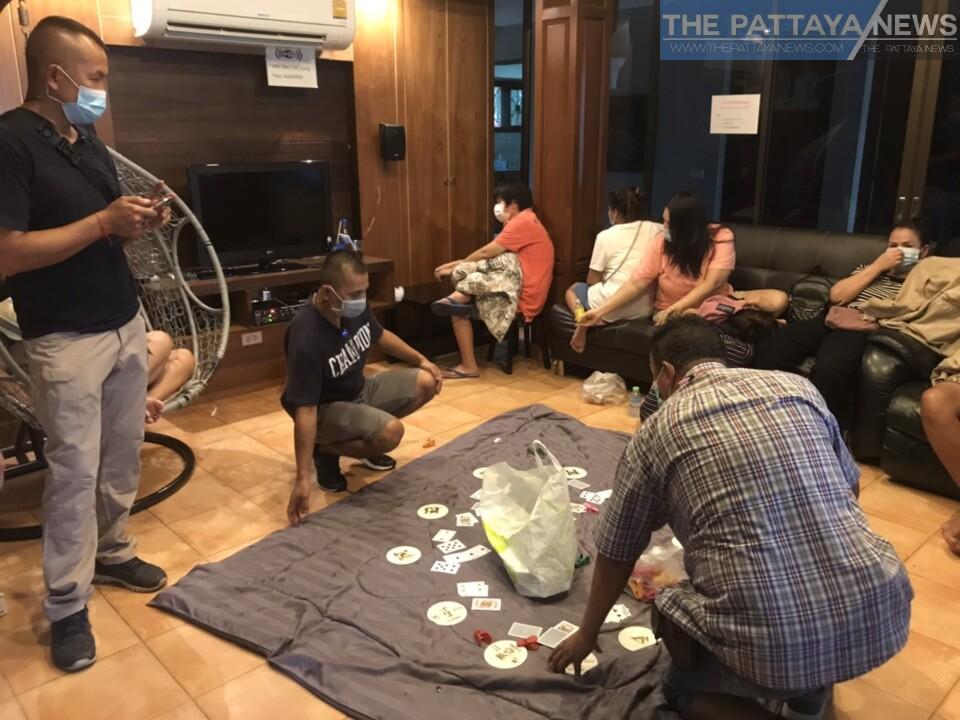