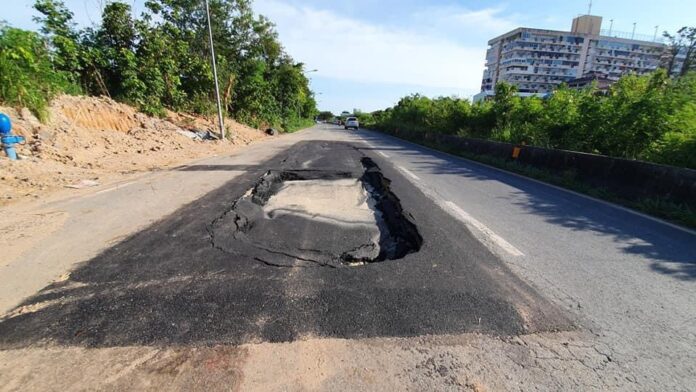 Sinkholes on a railway road in the Pattaya area have caused a road accident in which two people have sustained injuries as well as substantial warnings and complaints about the road overall on Thai social media.

The Pattaya News reporting team went to the road yesterday, June 20th, 2021, that is located along the railway which is between Soi Nern Plubwan and Soi Khao Noi. This road periodically suffers regular flooding and is also part of a major proposed drainage construction project.

You can read more about that proposed drainage project by clicking here.

Multiple sinkholes of various sizes are visible on the road, including in areas that appear to have been recently paved in an attempt to fix the problem. 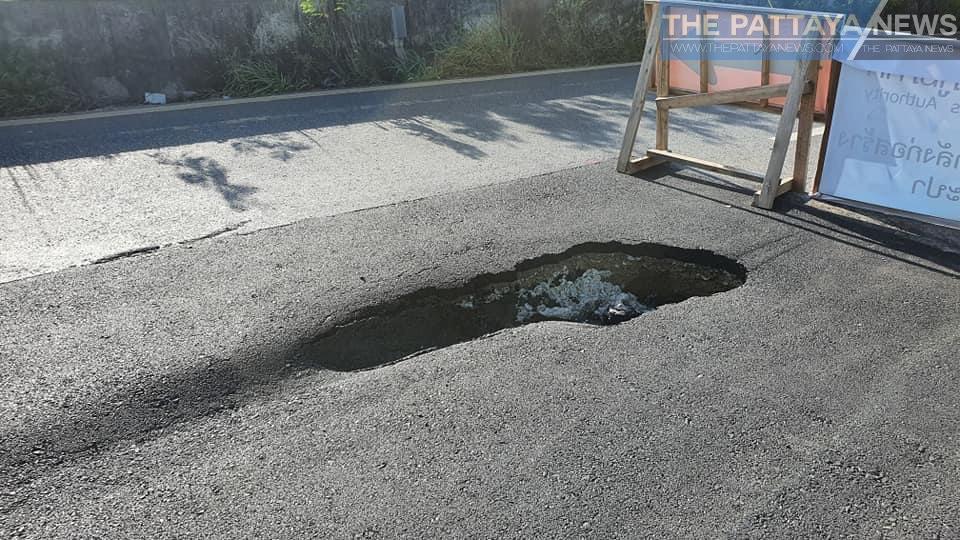 Ms. Weerawan Chaisorn, 26, told The Pattaya News reporters after she invited us to the scene to inspect the road, “Last night (June 19th) I was on a motorbike with my boyfriend. We fell into the big sinkhole (seen in the above photo) and there were no signs or warnings about it. The signs visible were put up after the accident.”

“I sustained a minor injury while my boyfriend suffered serious injuries. He is still being treated at Bangkok Pattaya Hospital.  No one has contacted us for compensation or responsibility for the accident despite complaints to the city.” Weerawan stated. 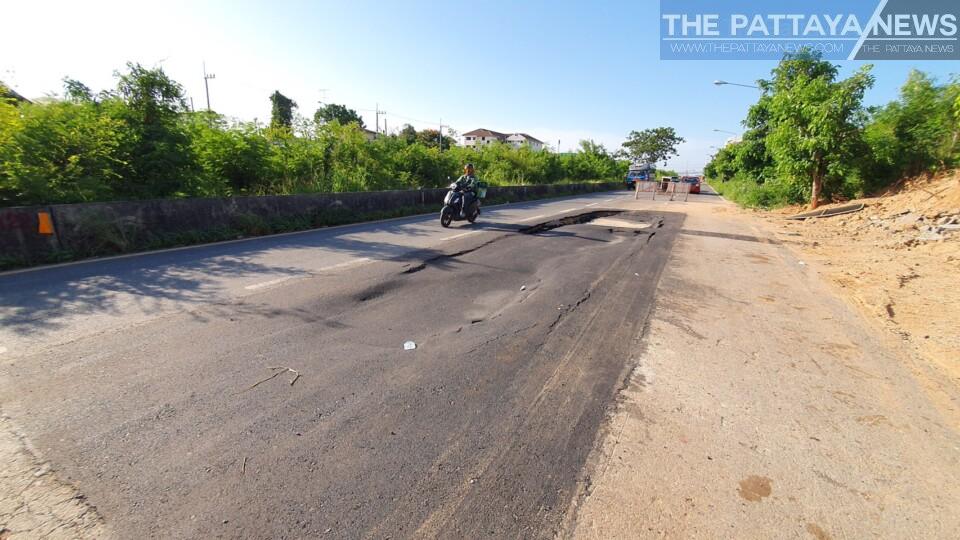 Local residents that were in the vicinity told The Pattaya News that the Pattaya Waterworks Authority renovated the water system recently which caused some sinkholes on the road. The road surface was fixed after their complaints but the same problem occurred again.

They have warned other road users to be more careful when driving on this road and watch out for sinkholes. This led to a furious discussion on Thai social media in particular about this road, with many users claiming to have had similar small accidents or incidents in this particular area.

There has not been an official response as of press time from relevant agencies, however, multiple warning signs and roadwork barriers are now in place in the area.

This area also regularly floods, as seen in this video by clicking here from last night.