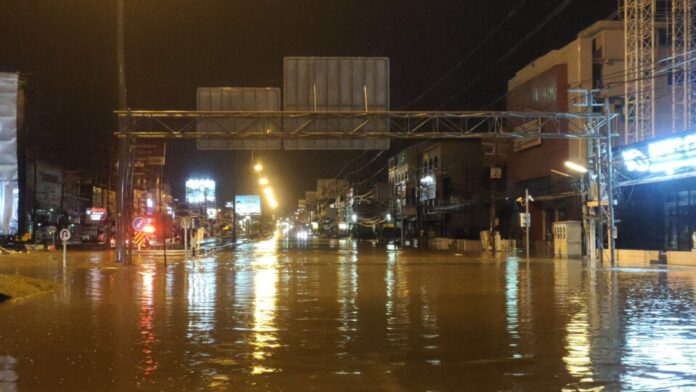 Heavy rain and sporadic flooding have battered a large area of the Banglamung district of Pattaya after being hit by heavy overnight storms starting around 9:00 P.M. last night, June 20th.

As forecasted by the Thai Meteorological Department, heavy rain was expected in some areas in the East and southwest coasts of the Gulf of Thailand over the past weekend, causing gusts of wind for almost an hour followed by floods in many areas, including Pattaya. 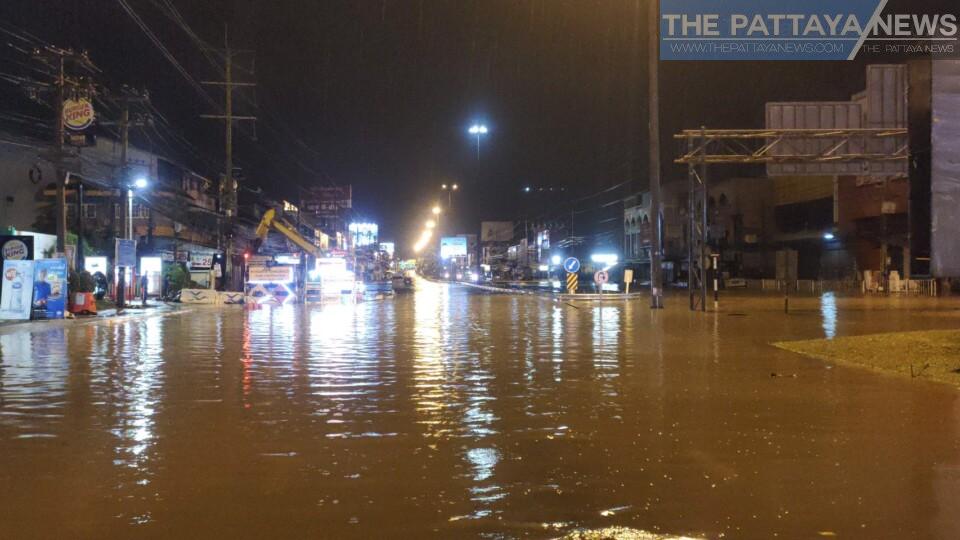 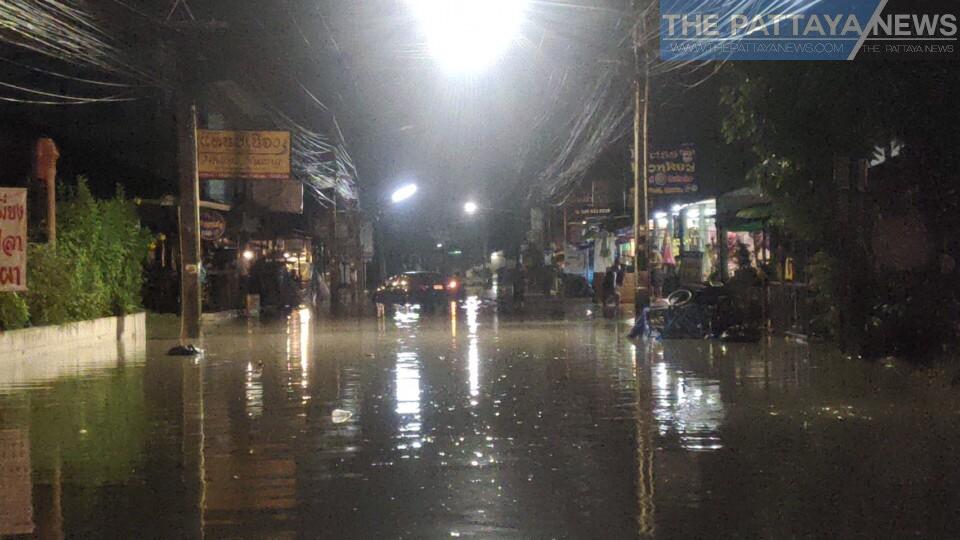 About 20 to 80 centimeters of floodwater were observed in some areas, causing heavy traffic jams and road blockage in the city. Pattaya City Operations Officers then used emergency vehicles to temporarily signal traffic lights and facilitate road users and residents.

The water level started decreasing about half an hour after the rain stopped. However, roads were still full of piles of garbage and tree branches that had been swept away. 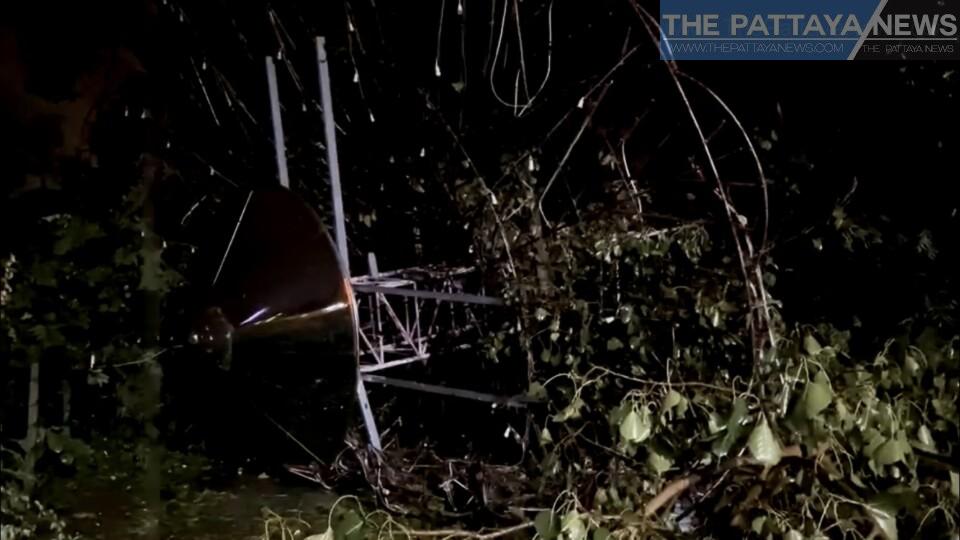 Large trees and electricity poles that could not stand strong winds had also collapsed and blocked traffic in some areas. A 22-year-old male resident was also injured after reportedly being crushed by a collapsed electricity pole at around midnight.

Injured man Danaisak Nuchaphaeng was discovered under large tree branches and an electric pole in Soi Sukhumvit Pattaya 8, Moo 2 of the Na Kluea sub-district when a team of rescue volunteers from Sawang Boriboon Thammasathan were alerted of the incident and arrived at the scene.

The man was rescued from the debris and was rushed to Banglamung Hospital. According to a nearby resident, it was heavily raining and windy at the time of the incident, causing a local electric post, uniquely decorated as a tourist attraction, to break and crash into a tree. Both of them then crashed onto a house and unfortunately injured the 22-year-old resident in the home.

The injured man remained at a local hospital as of press time. 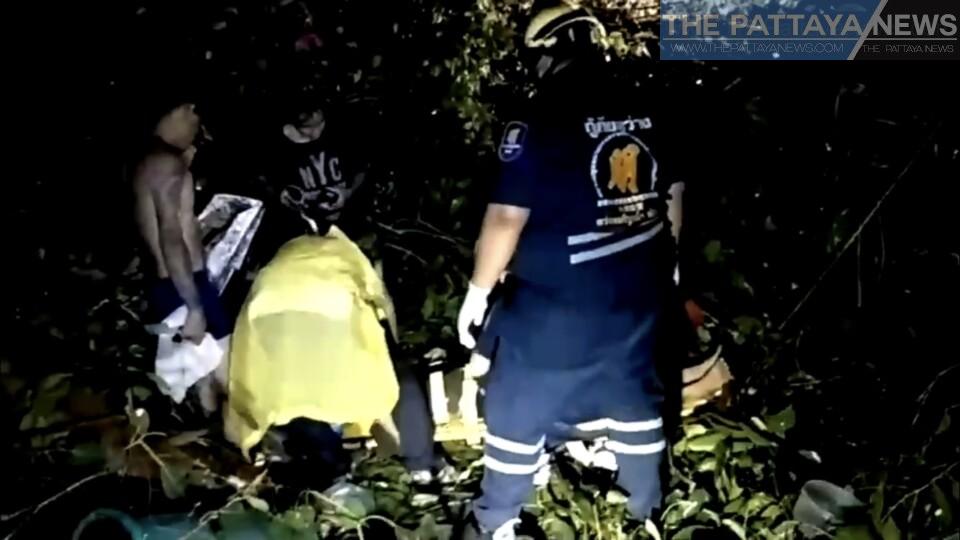