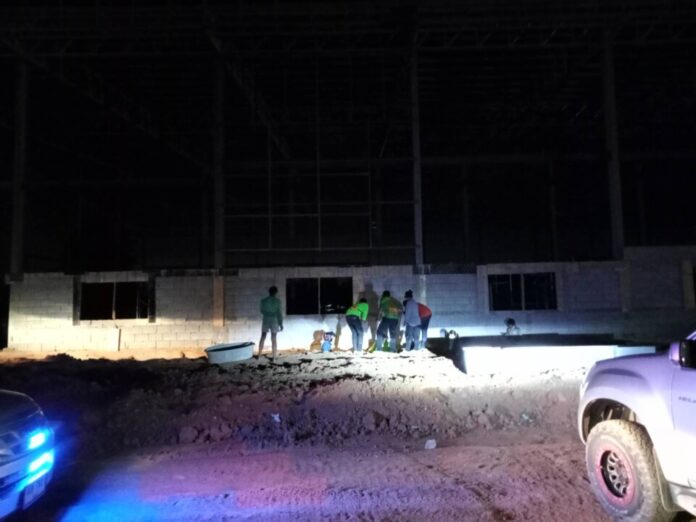 A worker has sustained several injuries after falling from an under-construction factory roof in Banglamung last night (June 17th).

Emergency responders were notified of the incident at 8:30 P.M. at a construction site on Soi Khao Maikaew.

They and The Pattaya News arrived at the scene to find the injured man, Mr. Taweesak Raweaekchom, 31, lying on the ground in severe pain. He had sustained several back and neck injuries and was rushed to a local hospital for urgent medical assistance. 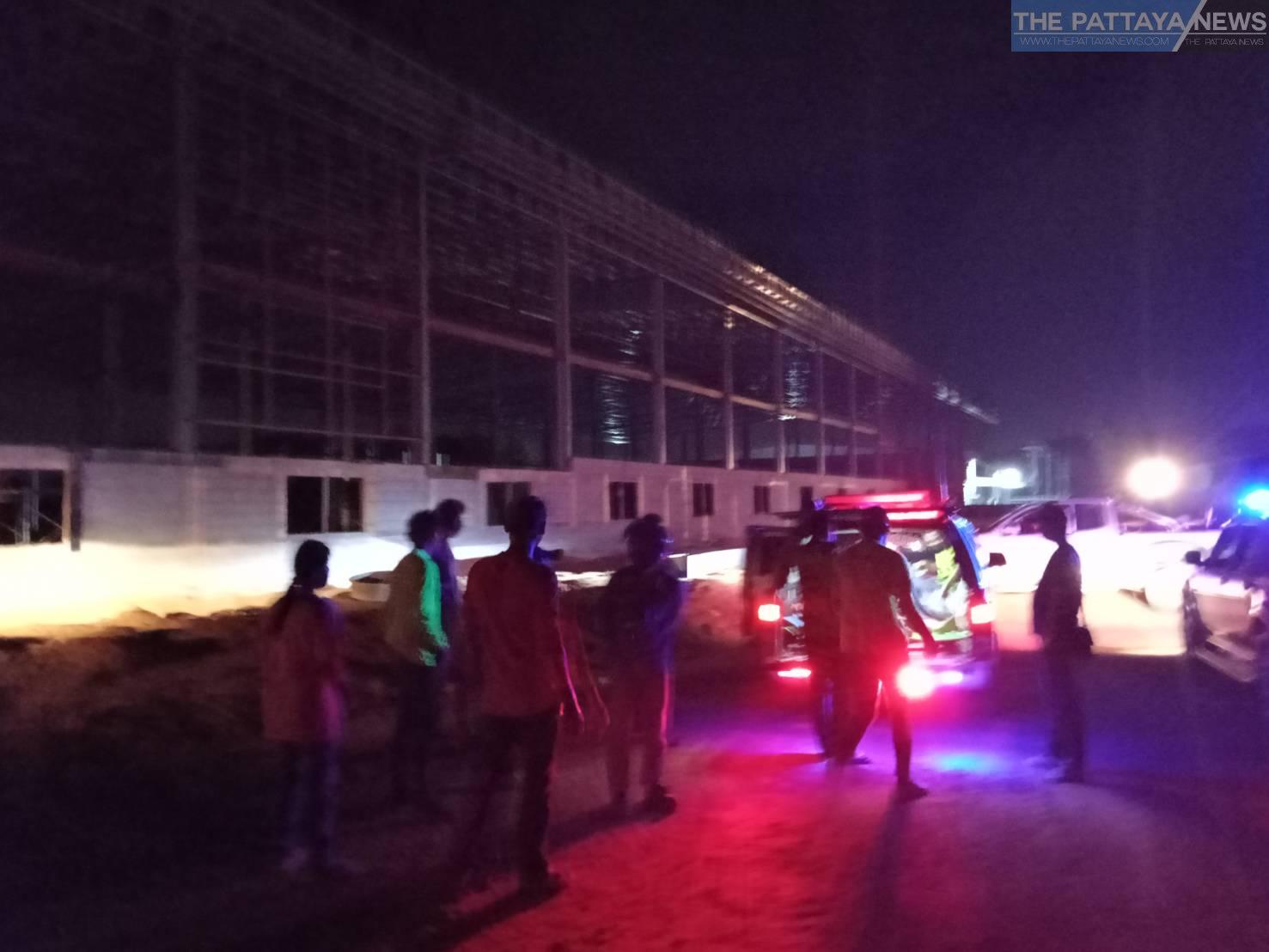 Mr. Taweesak’s friends and co-workers who were nervously looking on as bystanders at the construction site told The Pattaya News they had already finished work for the day and were heading home to nearby accommodation when Mr. Taweesak stated that he left something important at work and needed to return to the site. Mr. Taweesak came back to the construction site with his co-workers to look for his lost possessions, reportedly expensive personal tools that he was concerned could be potentially lost or stolen.

Taweesak went up onto the darkened roof of the construction site searching for his tools before accidentally falling down an estimated five meters to the ground below. His co-workers called for emergency assistance following the accident, believed to have been caused by Taweesak losing his footing on metal beams.

Mr. Taweesak remains in a hospital in serious, but stable, condition as of press time this morning, June 18th, 2021. 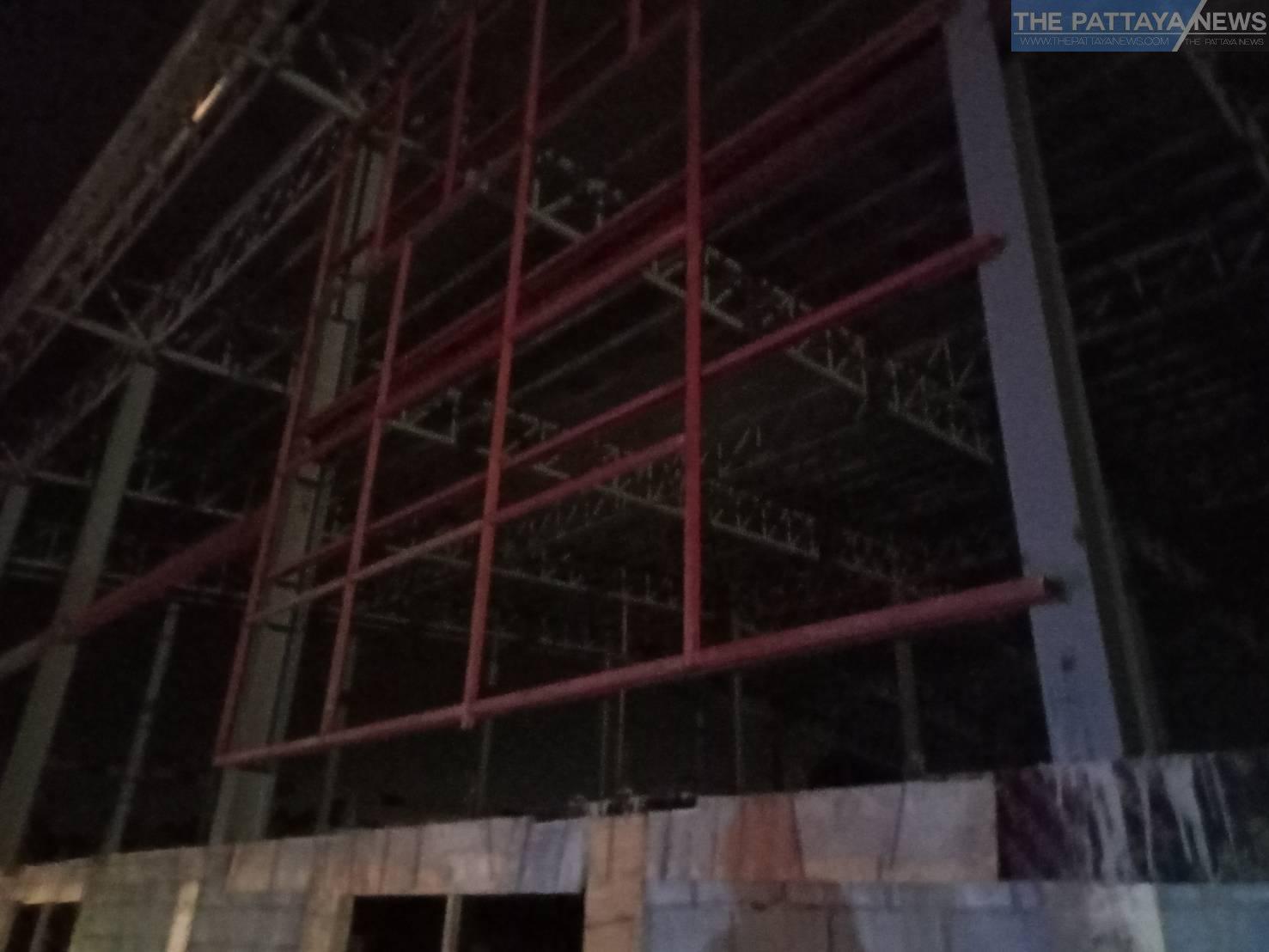