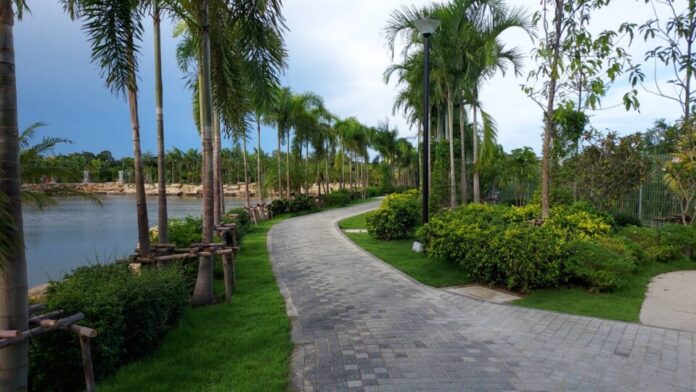 A new major public park with a lagoon called ‘Nong Pong’ on Jomtien Second Road across from the Riviera condo is now completed. The park will be opened fully to the public in August following some administrative procedures.

The park is located on Soi Chaiyapreuk 4, across from the Riveria condo on Jomtien Second Road. The total construction budget was about 32 million baht. The construction originally started in May of last year, according to Pattaya City officials.

A team of officials from Pattaya City inspected the park yesterday (June 16th) after the construction was completed. 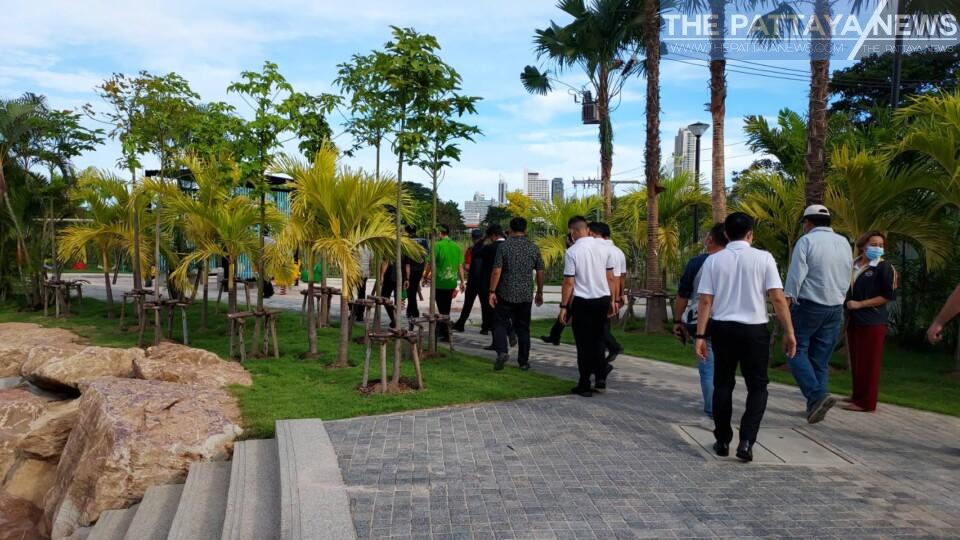 The Pattaya City Mayor Sonthaya Khunplume told The Pattaya News reporters, “This area was essentially a slum before we turned this place into a public park.” 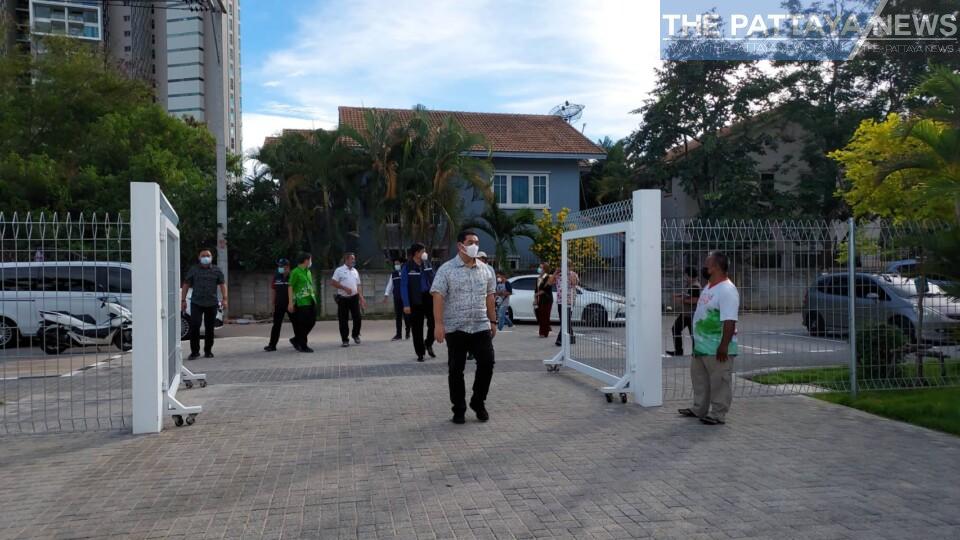 “The actual physical construction is now 100 percent complete. The next step administrative and is the process of the Thai Environment Office to conduct final legal checks and balances before officially handing the park over to Pattaya City.” The Mayor added. 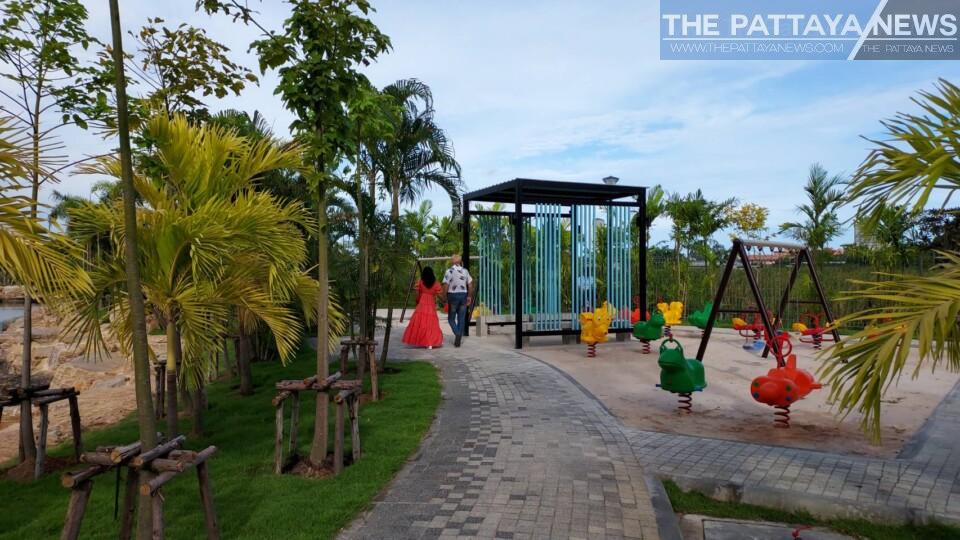 “The park is expected to be officially opened by August and we will provide further announcements on this as the date approaches. We will also inform the public of opening and closing times, which have not yet been decided. The primary purpose of the park will be for exercise.” The Mayor concluded.

The fenced-in park includes exercise trails and pathways, multiple sets of exercise equipment, a large central lagoon, a children’s playground, rest areas, shelter against rain, lighting for night exercise, and is gated with security. The park will not allow stray animals to live on the premises, according to officials. Officials have previously stated that limited water activities would be allowed in the lagoon but it was not immediately clear if that would include fishing or swimming.