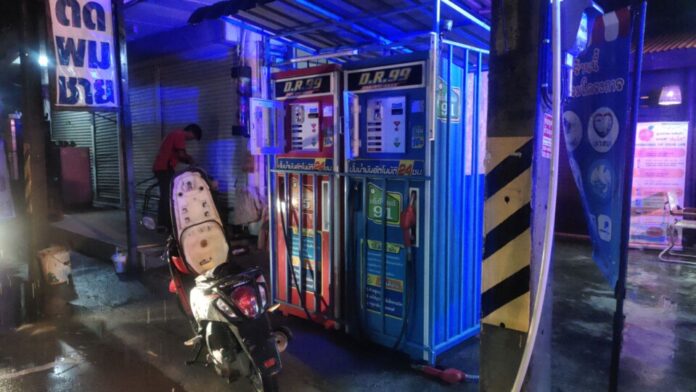 An unidentified man has sustained serious injuries after suffering a significant electric shock while filling gasoline on his motorbike at a gasoline vending machine in Nongprue last night (June 15th).

You can watch the video here:

Emergency responders were notified of the incident at a gasoline vending machine at 10:00 P.M. in Soi Kor Pai.

They and The Pattaya News arrived at the scene to find an injured Thai male aged around 30-years-old.

Local residents had already moved the man to a shop nearby as it was raining during the incident.

Emergency responders provided him CPR before transferring him to a local hospital. 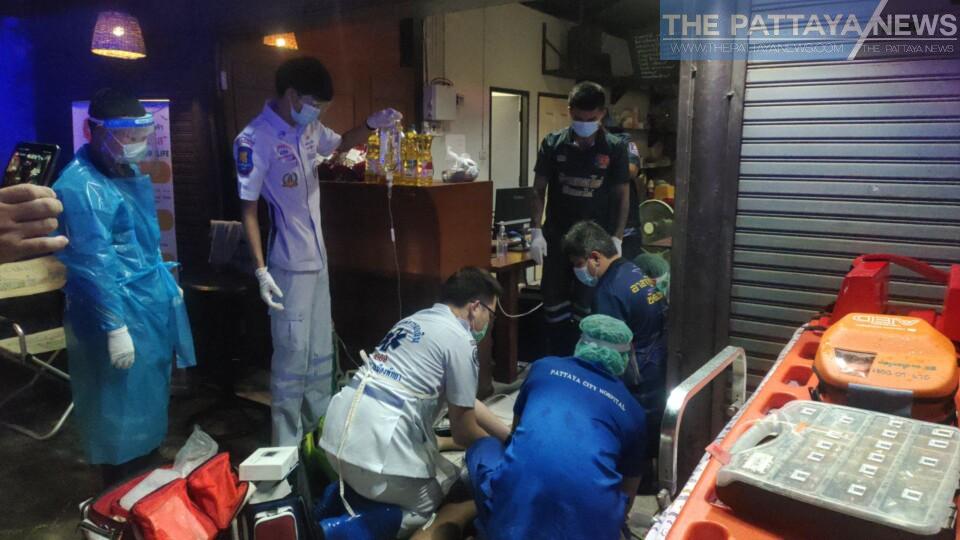 The area around the gasoline vending machine (D.R.99) was blocked by law enforcement following the incident to prevent another accident from an electric leak.

Mr. Tirayada Buaprachum, 31, who was sitting nearby the gasoline machines and said he saw the accident take place told The Pattaya News reporters, “The injured man stopped his motorbike before filling up some gasoline from the machine.”

“He suddenly fell onto the ground shouting with pain. I think it was an electric shock as there was some water spilled on the ground and it was raining during the time of the incident. I immediately called for emergency responders for help. We managed to move the man into a nearby shop carefully, despite possible risk to ourselves.”

Banglamung police are continuing their investigation into the incident and reviewing CCTV footage nearby. 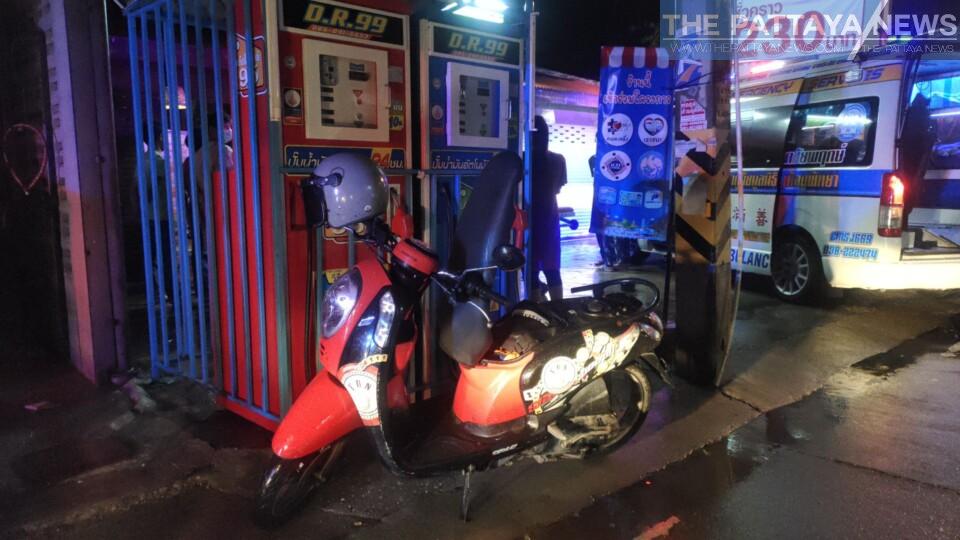