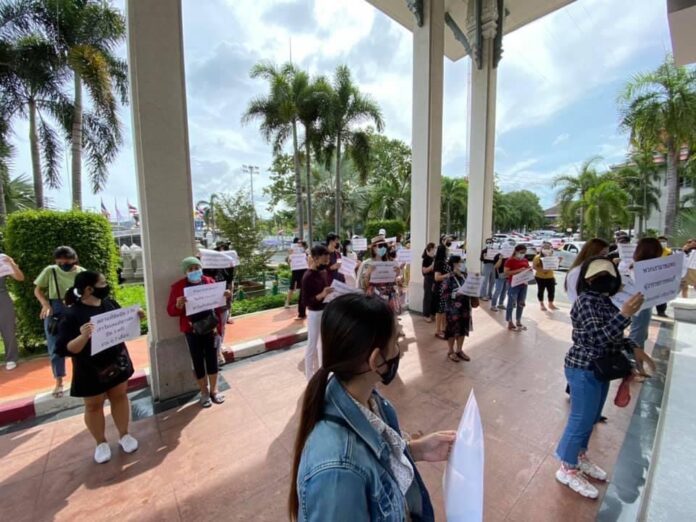 The protest, which was calm and peaceful, yesterday morning at the Chonburi Provincial Hall was led by multiple beauty clinics and internet and game café business operators who had been closed for several months due to Covid-19 precautions in the province at the order of the Governor. 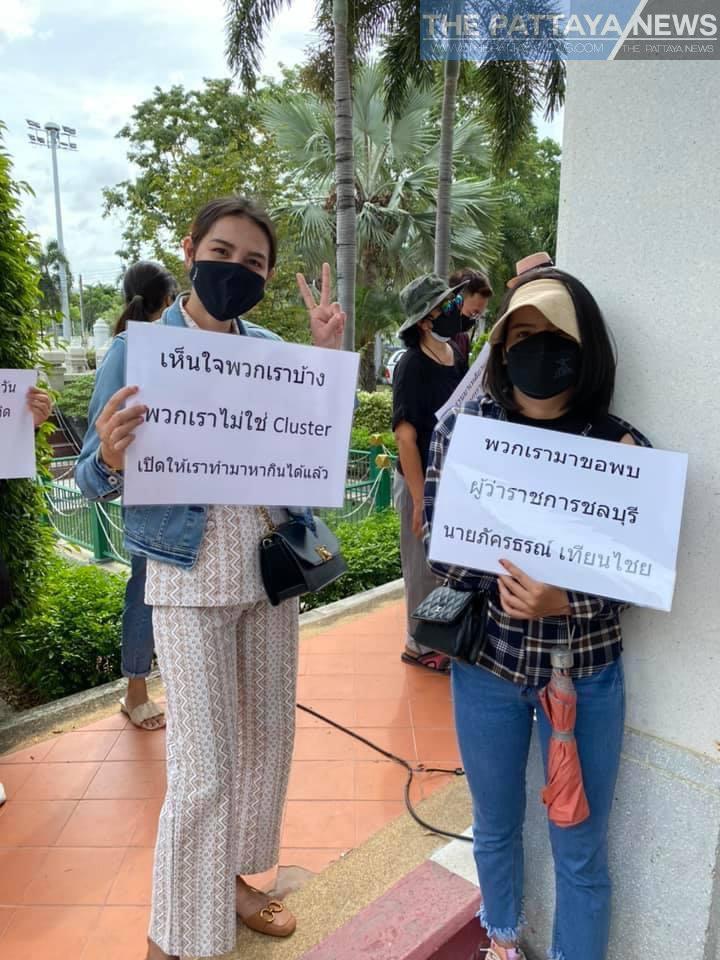 About 40 of them attended a socially distanced protest with a formal letter to the Chonburi Governor Phakarathorn Teanchai. The letter was about the request for the reopening of their businesses. The owners stressed that their venues were not responsible for clusters of Covid-19 and had multiple precautions in place to control the virus.

The Chonburi Vice Governor Naris Niramaiwong had received the letter before presenting the letter to the Chonburi Governor and the Chonburi Disease Control Committee later in the day, which ultimately led to the decision to allow the closed sectors to re-open. 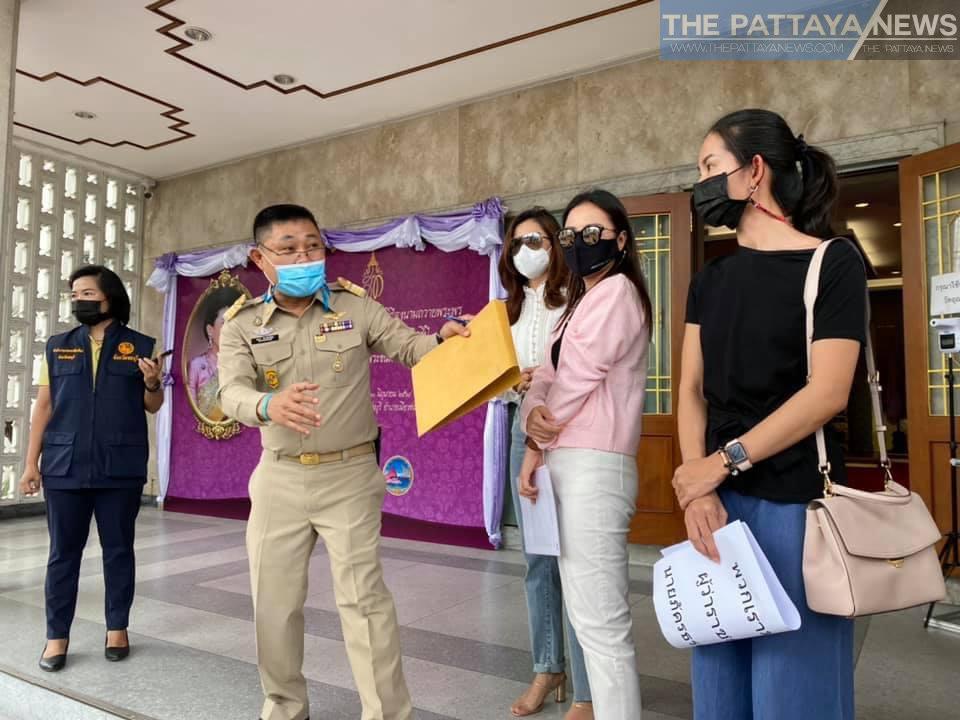 A beauty clinic business operator Mr. Boriboon Tieangtam said yesterday to The Pattaya News “We were waiting with the hope to reopen our business again because our business sectors have been closed for seven months of the last fifteen by government orders, despite our sectors not appearing on timelines or being responsible for large clusters of the virus. We have been suffering from the economic situation and have had little to no financial support from the government for having our business sectors shut which was not our fault.” 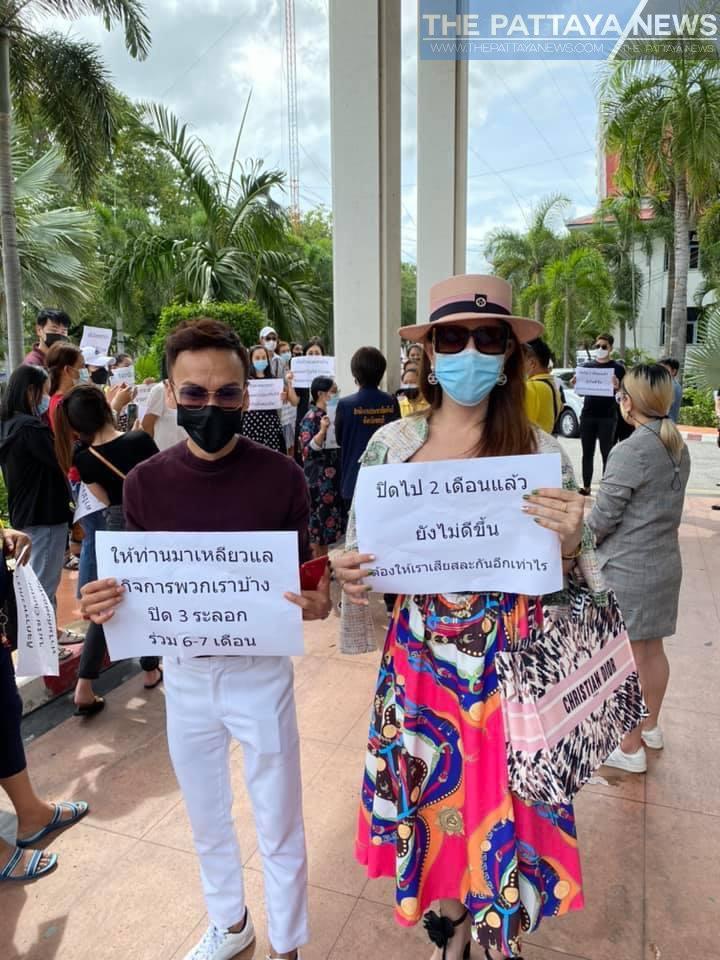 The protest helped drive the re-opening of their venues as several more business openings were ordered late last night by the Chonburi Governor Phakarathorn Teanchai.

The order, in Thai, is below. With this order the business sectors still ordered closed in Chonburi is much smaller, primarily composed of the entertainment and nightlife sector, which has substantially hurt Pattaya’s economy in particular, cinemas, playgrounds, certain types of massages, saunas, and spas, amusement parks, animal fighting rings, and a few other sectors designated as high-risk. A national ban is in place for the entertainment sector as well as selling alcohol at restaurants. 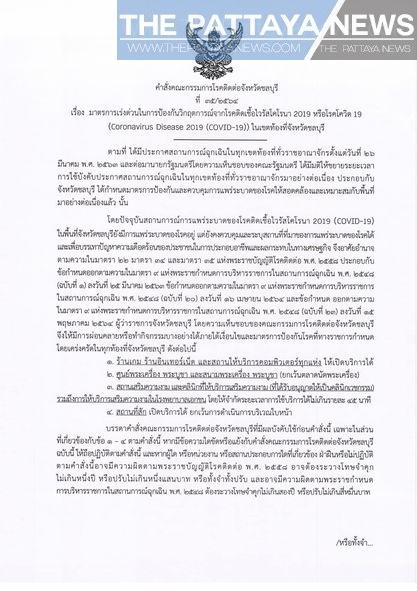 The order takes effect from yesterday until further notice. 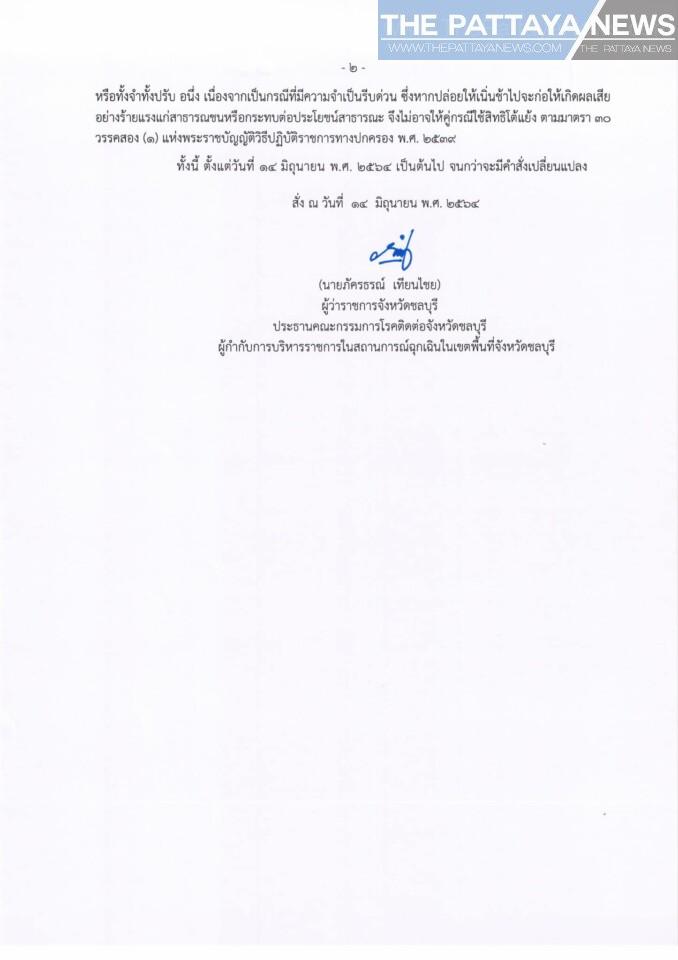