The Narcotics Control Board, together with Provincial Police from Region 2 announced on Saturday, June 12th, major drug busts with illegal weapons possession in several areas nationwide, including Pattaya, worth more than 4.4 million baht in value.

In the first case, Somchai Nilsuwan, 26, was arrested in Banglamung (Pattaya) district, Chonburi. Upon the search at his room in a commercial building, a total of 132.1 grams of crystal meth, 19,800 meth pills, and a set of drug paraphernalia were discovered. A huge amount of firearms and explosive devices were also found and confiscated, including M67 grenades, a .22 long rifle, a .38 short pistol, an adapted shotgun, an air rifle, and 19 rounds of ammunition.

He was charged for drug possession (Type 1: meth and crystal meth); possession of firearms, explosives (unregistered), and ammunition without permission. The confiscation was worth more than 3,115,000 baht, according to the police. 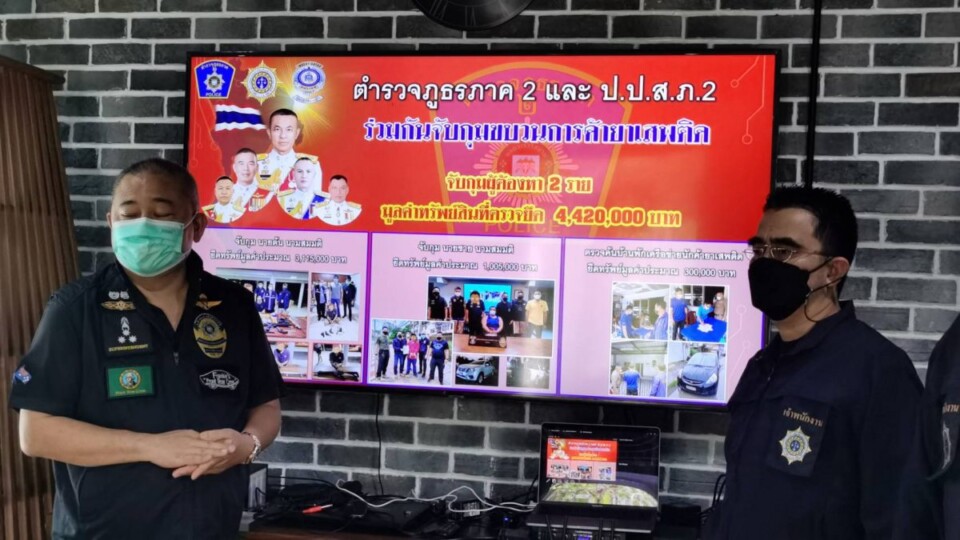 In the second case, Somchai Chokmoh, 47, was captured in the Kaeng Khro district of Chaiyaphum province as he was currently facing charges of drug possession (Type 1: meth and Type 5: marijuana).

According to an arrest warrant from the Nong Khai Provincial Court, Somchai was involved with a major drug trafficking organization, with a large connection in Laos and Australia. The monetary confiscation upon the arrest was worth more than 1,005,000 baht. 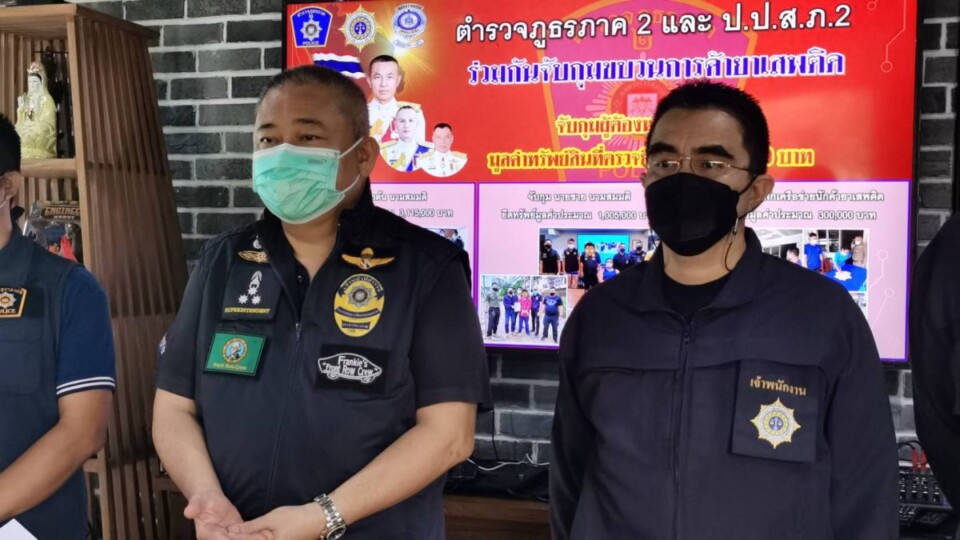 Moreover, two more suspects, along with four colleagues, were arrested in Narathiwas and Songkhla province. Their houses in Chonburi were searched where a large amount of 125 kilograms of crystal methamphetamine was discovered. The confiscation was worth more than 300,000 baht, according to the police.

Police and relevant agencies continue to work and investigate connections between the arrested suspects and larger organizations.