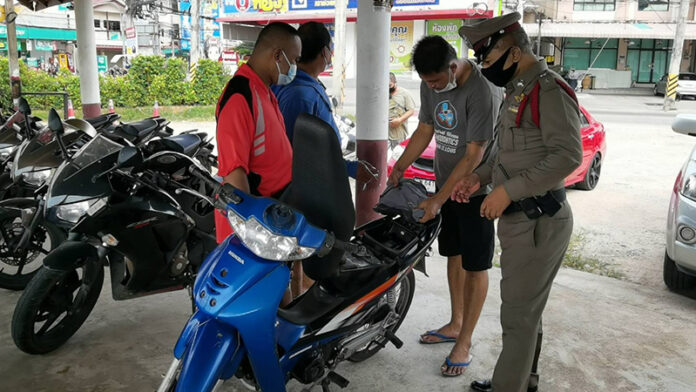 An alleged thief, 36, was caught yesterday morning, June 13th, on Soi Khao Talo 10 of the Nong Prue Subdistrict of the Banglamung district for reportedly stealing a motorcycle and removing its license plate yesterday.

Nong Prue Police began an investigation yesterday evening after the motorcycle owner, Wannapong Yamcharoen, posted a picture of a male suspect online, stating that the man was reportedly stealing his motorbike. 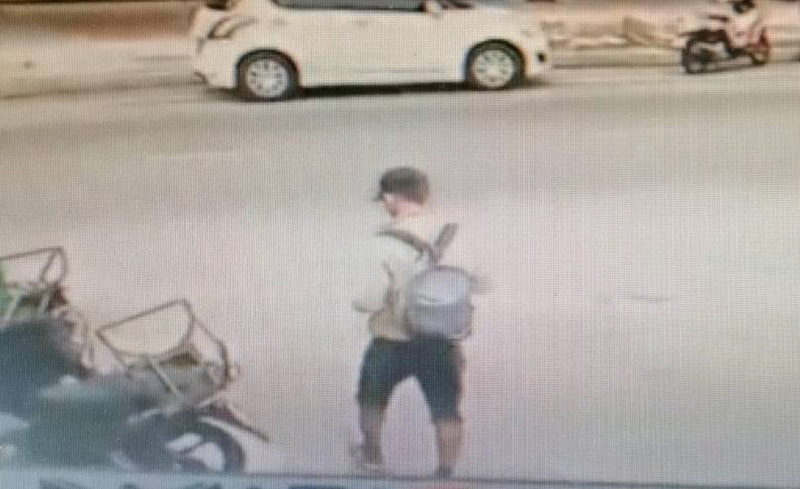 The post eventually led to the identification of the alleged robber due to tips given to Nongprue law enforcement online who was living in a rental room in the Banglamung area. Wasan Leelee, 36, was discovered and captured inside the room. The stolen vehicle was found parked nearby and was identified by the owner, Wannapong.

Wasan allegedly confessed that he spotted the motorbike parked with a key attached, so he decided to drive it away. When being asked about a license plate, he claimed that he already removed it and threw it away.

He was also asked to perform a drug test as he had a previous criminal record involving drug abuse and possession. Initially, Wasan tested positive according to Nongprue police. Wasan was then charged with theft and drug abuse and remained in police custody as of press time.