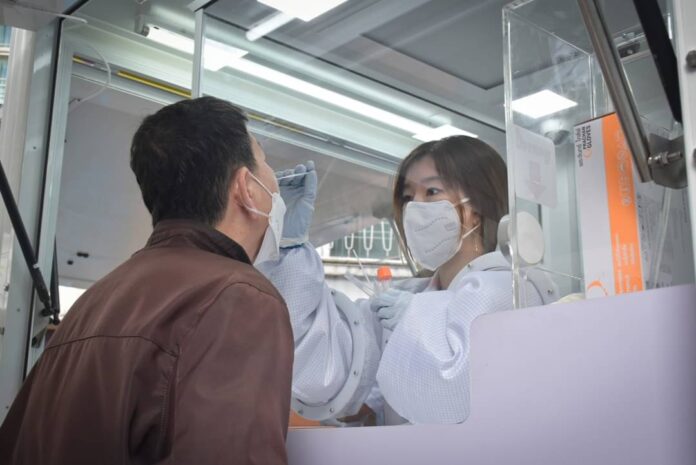 Additionally, 4,536 people in total have now been released from medical care and fully recovered since this current wave began. 47 people were released yesterday. 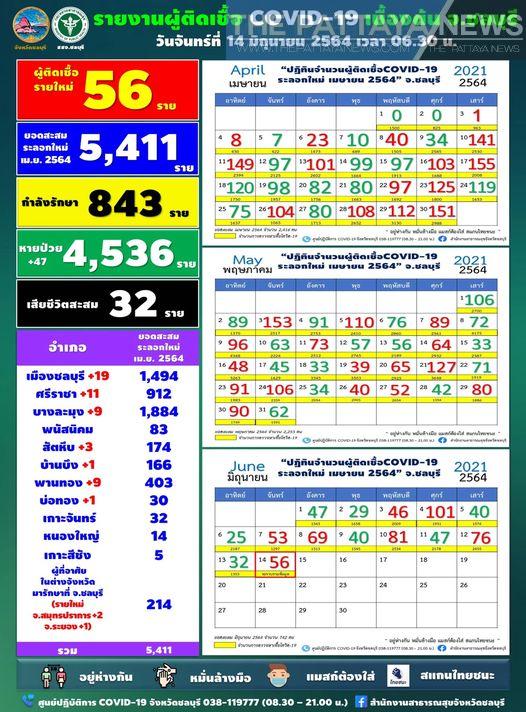 In the last day, a total of 179 close contacts were tested from contact tracing, and 824 people were tested in proactive testing when medical staff goes out into the community. All are pending results.

The Chonburi Public Heath Office last night (June 13th) has released another timeline to inform people who went to specific places this month to notify health authorities and monitor their health. The following is an English translation of the release. 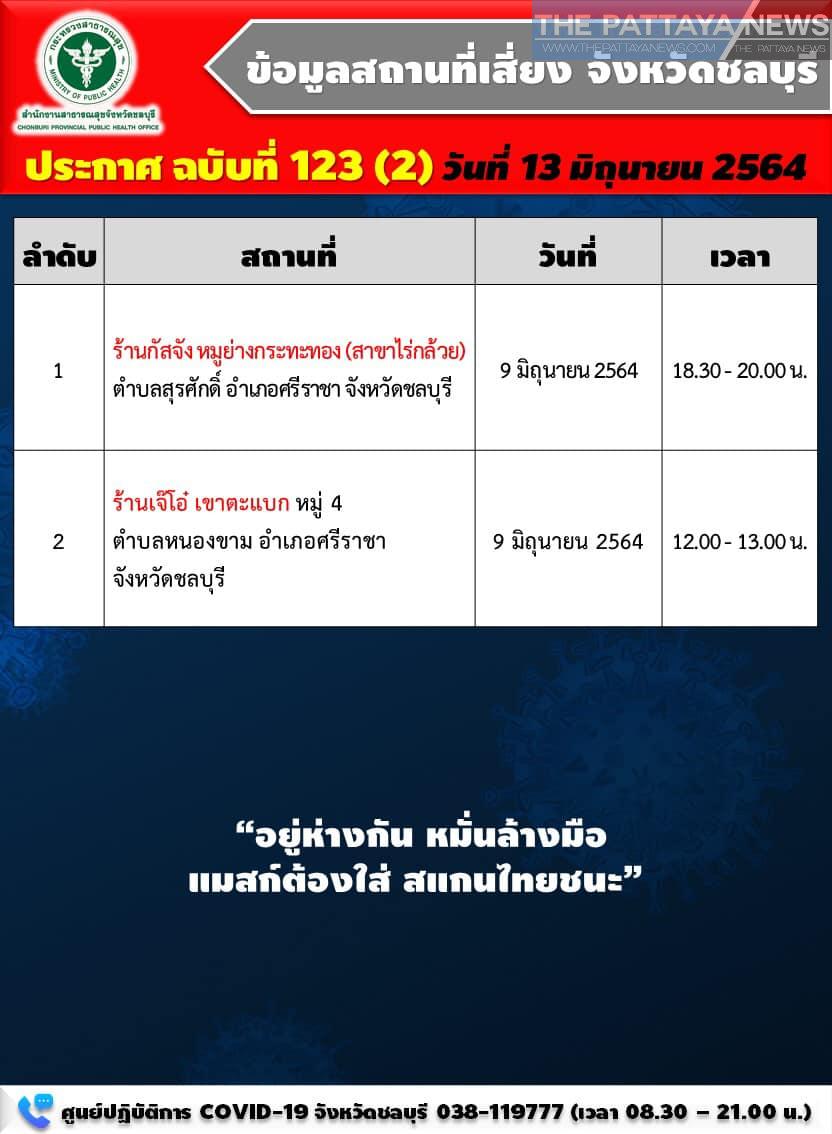 If anyone has problems with respiratory symptoms and/or fever within 14 days from when they had visited those places, they must go to a hospital, according to the Chonburi Public Health Office.

Please inform the hospital that you visited the same place as a Covid-19 confirmed case, they continued.