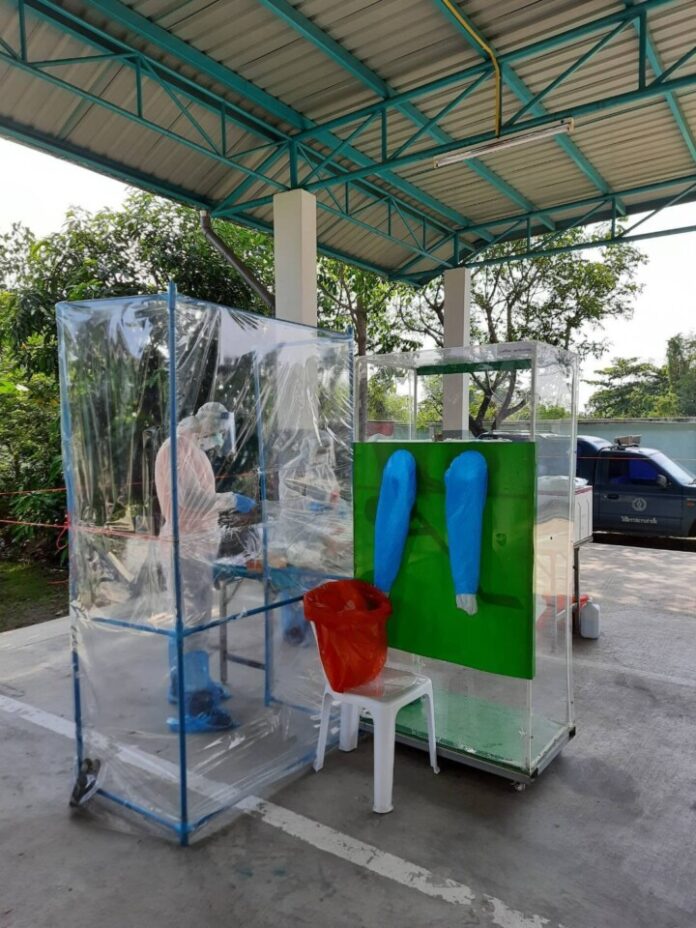 Additionally, 4,403 people in total have now been released from medical care and fully recovered since this current wave began. 58 people were released yesterday.

1. Cluster at the Suksawat Pansadej Ice Plant Co., Ltd., in the Si Racha District, 20 cases (All were people being tested for a second time after a previous negative test that had been in quarantine)
2. Cluster at the Kaset Ruam Jai (Baan Thung Market), in the Si Racha District, 12 cases
3. Infected person from Bangkok who lives locally 1 case
4. Infected person from Samut Prakan Province who lives locally, 1 case
5. A person in a “high-risk” occupation that has high exposure to the public 1 person
6. A close contact of a confirmed patient from Chachoengsao Province, 1 person
7. General close contacts:
7.1 18 family members
7.2 9 co-workers
8. Close contacts under investigation: 2 cases
9. 11 cases under general investigation
A total of 202 contact searches were received today, 1,116 of initial proactive searches,

On the last day, a total of 202 close contacts were tested from contact tracing, and 1,116 people were tested in proactive testing when medical staff goes out into the community. All are pending results.

In regards to the ice factory cluster, local ice factory owners have been reinforcing to the community that ice cubes are safe and people should not fear purchasing ice cubes, you can read more about their statements below: