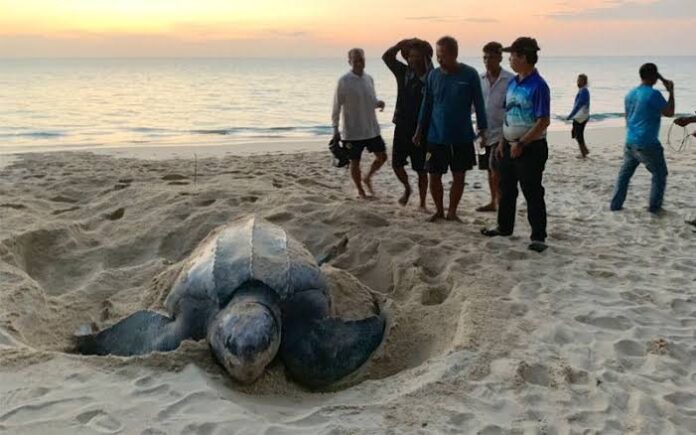 The following is a press release. Their statements are their own.

June 8th is World Oceans Day, overserved every year as a day that highlights the importance of the oceans and marine resources, and encourages citizens of the world to join hands in the conservation and sustainment of these precious resources.

Mr. Varawut Silpa-archa, Minister of Natural Resources and Environment of Thailand, detailed the government’s dedication and emphasis on maintaining the integrity and sustainable use of marine resources. While there are issues and limitations to how much the government can alone manage maintaining the integrity of the marine ecosystem, Mr. Varawut sees them as challenges that can be overcome with the help and cooperation of the Thai people.

From an academic perspective, Dr.Thon Thamrongnawasawat discussed the statistics of rare marine animal populations, which research has shown to have improved considerably. Despite that promising news, Dr. Thon emphasized that there are still many issues that need to be urgently addressed which will require cooperation from all sectors if sustainable results are to be achieved.

Mr. Varawut Silpa-archa, Minister of Natural Resources and Environment (MNRE), said the most difficult natural resources to manage are the oceans because they are important resources that drive the economy and are a key component in maintaining balance in the world’s ecosystems. Concerningly, destructive human activities are upsetting this delicate natural balance. While challenging, the government recognizes the importance of effective ocean management.

Mr. Varawut added that he has had the opportunity to visit marine areas several times and personally observed the issues being faced. While he has successfully solved some of these issues, many urgent ones remain. Not only is he proud of Thailand’s marine resources being more pristine and the ecosystem more balanced, but also of the cooperation from Thai people who are now more aware of the importance of the oceans. He observed that many people have become more involved because they understand that it is their responsibility to maintain marine resources for the generations that follow them.

The 8th of June each year has been designated as World Oceans Day in order to remind everyone about the importance of the oceans and marine resources. The Minister believes that, despite the challenges that everyone is encountering in these times, they still value the conservation of marine and coastal resources.

Mr. Varawut has assigned Mr.Yutthaphon Ankinandana, Advisor to the minister of MNRE, and Mr.Jatuporn Buruspat, Permanent Secretary of MNRE to accelerate the management of marine resources. This is to be done jointly in conjunction with central government agencies, local government organizations, private sectors, and the Thai people in order to achieve concrete results, which will be managed and utilized in a balanced and sustainable manner. This effort is recognized internationally and in accordance with the policy of the government of General Prayut Chan-o-cha, the Prime Minister, and under the supervision of General Prawit Wongsuwan, Deputy Prime Minister and the chairman of the Policy and Planning Committee for Marine and Coastal Resources Management.

Mr.Sopon Thongdee, Director General of the Department of Marine and Coastal Resources (DMCR), added that there had been several limitations to organizing this year’s event for World Oceans Day.  Due to the situation of COVID-19 and safety concerns, the department will only hold a limited number of organized activities promoting World Ocean Day. 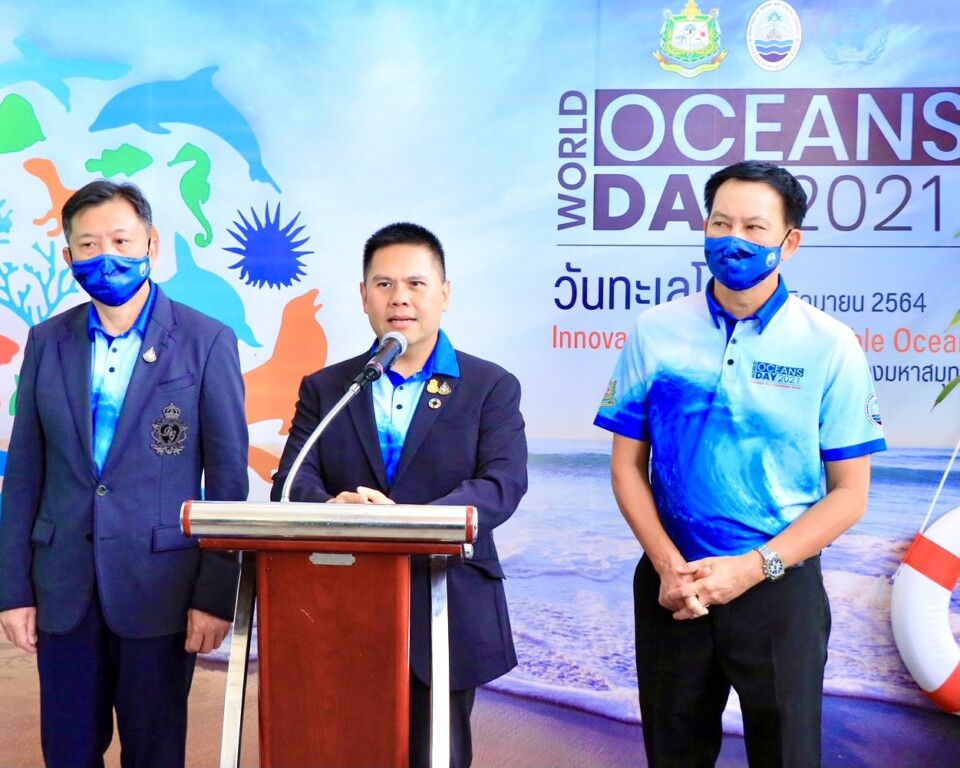 There was also a slogan contest for World Oceans Day 2021 which attracted a large number of interested participants. The slogan that won this year’s contest was “Save the oceans to sustain livelihoods”, which is in line with “The Ocean: Live and Livelihoods,” the theme set by the United Nations. Additionally, the department has prepared media to publicize through various channels in order to showcase the successes achieved thus far in caring for Thailand’s marine resources. This success came from the cooperation of Thai people and volunteers called, “Marine Rangers”.

A renowned marine scholar and marine wildlife expert, Dr.Thon Thamrongnawasawat, Deputy Dean for Special Affairs The Faculty of Fisheries of Kasetsart University, said that he, as a scholar, has been monitoring the situation and changes in marine and coastal resources.

He views the overall management of Thailand’s marine resources as relatively stable, particularly in the conservation and care of marine mammals. At present, there are more than 28 species of marine mammals; 27 species of dolphins and whales, and one species of dugongs. Marine mammals are divided into 2 groups. The first group is mammals that live close to shore and are often seen. This group consists of 7 species; dugongs, Bruda whales, Omura’s whales, Irrawaddy dolphins, Finless porpoises, Indo-Pacific humpbacked dolphins, and bottlenose dolphins. The second group lives in the open sea and migrates long distances with a relatively wide habitat. There are 21 species found living distant from shores, for example, Blue whales, Sperm whales, Short-finned pilot whales, Fraser’s dolphins, Spinner dolphins, and Long-beaked common dolphins, etc.

Dr. Thon praised the work already accomplished by the DMCR, and also reiterated the importance of making the caring of rare marine life a joint effort, with cooperation between various government departments, the Thai people, and their communities.