Most of them were reported with underlying health conditions, including hypertension, diabetes, hyperlipidemia, kidney disease, heart disease, obesity, lung disease, and past strokes. One of them did not reportedly have any health conditions.

Regarding the non-prison local infections, the highest numbers of patients were reported in Bangkok with 675, followed by Samut Sakhon with 288, Phetchaburi with 196, Nonthaburi with 163, Samut Prakan with 124, and Songkhla with 89. Chonburi reported 25 new and confirmed domestic infections this morning.

According to the CCSA’s statement yesterday, more than 140 infections were discovered in shopping malls in Siam since April. 129 of them were reported in Siam Discovery, Siam Center, and Siam Paragon, 11 were in Siam Square, and 4 were in the Siamkit Building.

Later that day, Siam Discovery, Siam Center, and Siam Paragon had clarified in a statement that 129 infections out of a total of 35,000 employees were reported in three shopping malls in the past two months, accounting for 0.4% of all employees and staff. The infections did not occur at the same time and most of them got infected from home and elsewhere according to the statement.

Department stores have approached the high-risk and related risk groups of employees and have the situation under control, the statement added. They also stated that every possible health precaution was taken for customers and that malls were safe. 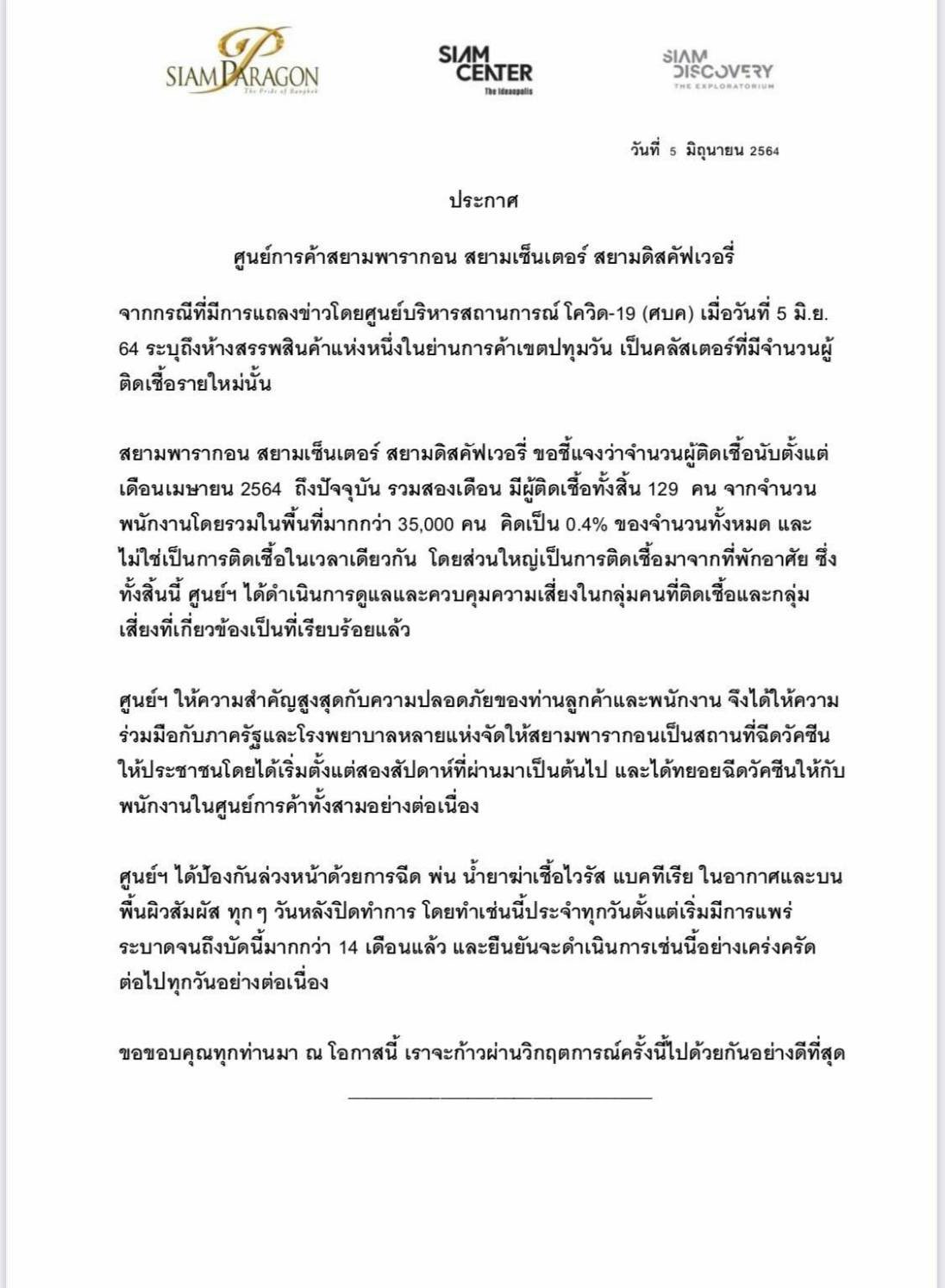 As of today, 2,242 people fully recovered in the past 24 hours and have been released from field hospitals and quarantine centers. Thailand has now reached a total of 177,467 cases with 126,517 recoveries and a total of 1,236 deaths since the start of the pandemic. About 26,611 people received their first shot of a Covid-19 vaccination and another 20,948 people received their second shot yesterday, marking a total number of 4,190,503 vaccinated people in Thailand who have received at least one dose of a vaccine.