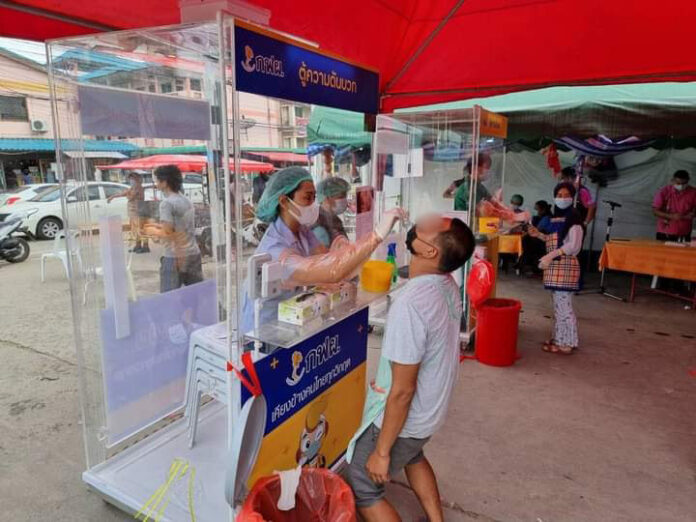 Today is the lowest number of cases in Chonburi since April 7th, 2021.

Additionally, 3,739 people in total have now been released from medical care and fully recovered since this current wave began. 40 people were released yesterday.

Mueang Chonburi with 6, Si Racha 9, Banglamung (including Pattaya) 8, Panat Nikhom 1, Nong Yai 2 and three patients were transferred from another province to Chonburi for medical care. 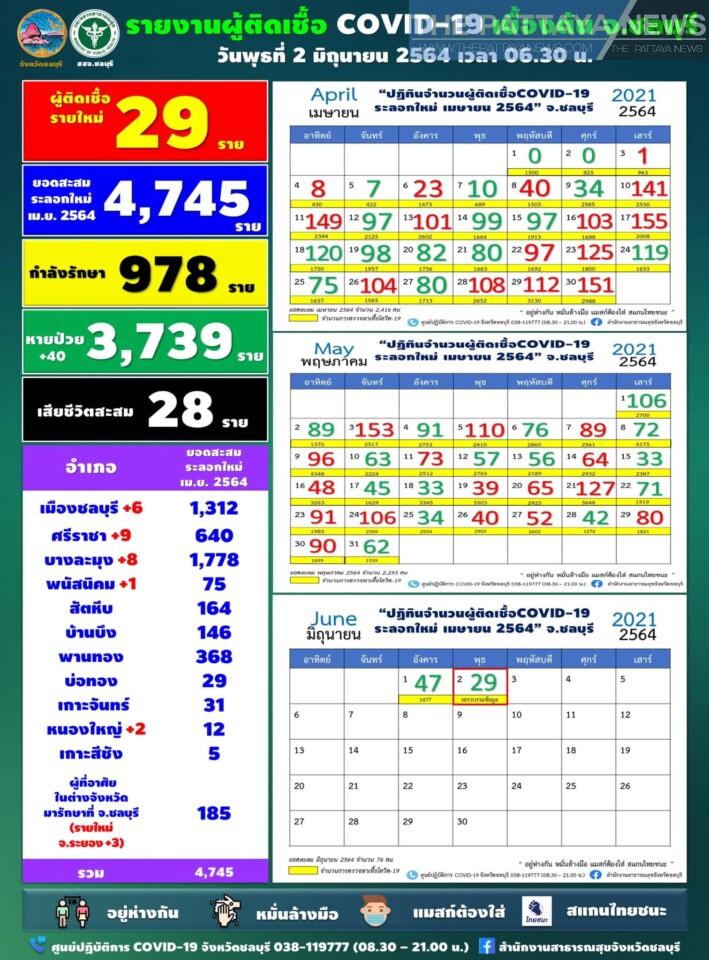 In the last day, a total of 271 close contacts were tested from contact tracing, and 1,206 people were tested in proactive testing when medical staff goes out into the community. All are pending results.

Chonburi has significantly stepped up testing at industrial estates and their worker dormitories as well as workplaces in the province.