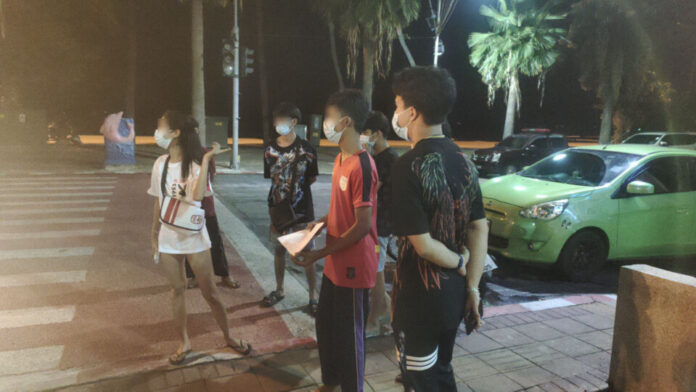 A group of Thai teenagers from Ayutthaya filed a report to Pattaya police early this morning, claiming they were attacked by a group of Pattaya teenagers who warned the victims not to go to the police and claimed they were not afraid of law enforcement.

A sixteen-year-old boy from Ayutthaya, whose name was withheld by TPN media due to his age, filed a report to Captain Sanan Kotanan at the Pattaya City Police Station on Soi 9 at 2:00 A.M. early this morning (May 28th).

The victim told Pattaya police he, his sister, and friends were attacked by a group of local teenagers at Jomtien Beach. The victim claims the attack was completely without provocation. The group was currently in town for the weekend, according to his statement.

His sister, whose name was also withheld due to being a minor, told Pattaya police she, some friends, and her brother were taking photos at Jomtien beach before five local teenagers riding in a pickup truck stopped suddenly near them. She claimed they started attacking them for no reason, kicking her brother in the face and chasing them. 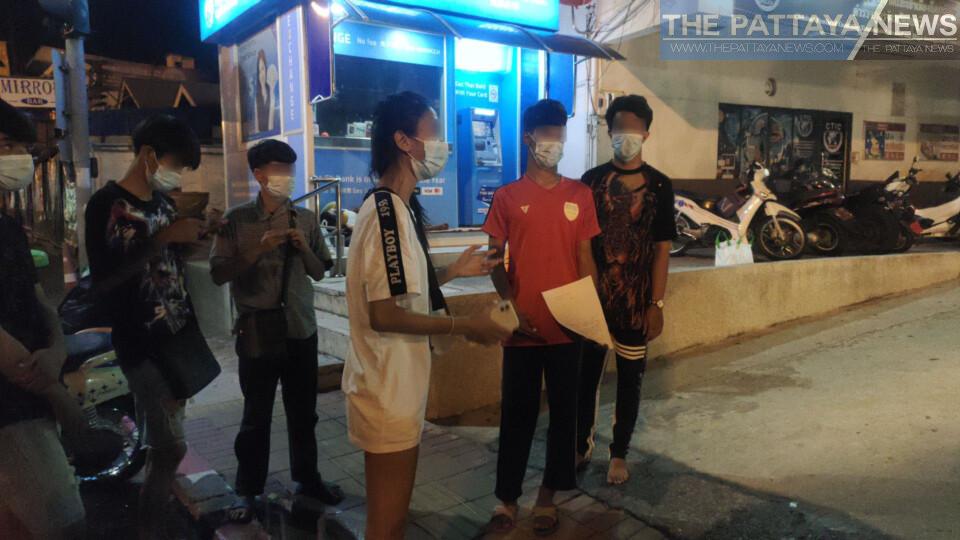 The victims also claimed that the suspects appeared to threaten to have firearms and warned them that they were not afraid of the police and that Jomtien Beach was “their beach”. The group of out-of-town teenagers managed to run away and then decided to go to the police station.

Captain Sanan Kotanan told The Pattaya News reporters that police would review CCTV in the vicinity of the area of the alleged attack. He also warned that gathering and socializing currently on the beaches, especially in the middle of the night, was against current Covid-19 rules in Chonburi and that beaches were only open for exercise.

Due to Covid-19, nightlife, entertainment, and even convenience stores are closed overnight in Pattaya, causing the area to be considerably quiet with a lack of people and vehicle traffic. Pattaya Police have suggested previously to the public that people are best to stay at home overnight unless they have to work or have an urgent emergency. Gatherings, parties, and similar social events are currently illegal due to Covid-19 orders in Chonburi.