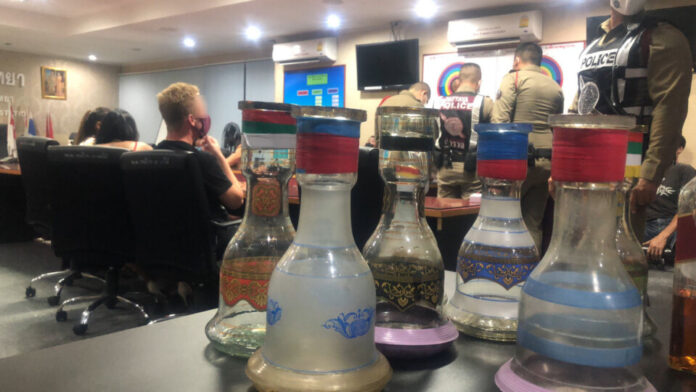 32 Thais and foreigners have been arrested in a Pattaya raid while allegedly drinking alcohol and smoking shisha and related products at a bar and restaurant that Pattaya police stated was violating the current Thai emergency decree to prevent the spread of the Covid-19 coronavirus.

A team from the Pattaya City Police led by Major Chainarong Chainn raided the ‘Sky Mountain’ bar and restaurant at 11:30 P.M. last night, May 27th, following a tip from a concerned citizen. 32 Thais and foreigners were reportedly found drinking alcohol, socializing and mingling, and using shisha and similar smoking devices.

Of those 32 people, 24 of them were Thai customers and staff, a manager, and seven foreigners. They were all arrested and taken to the Pattaya City Police Station on Soi 9. 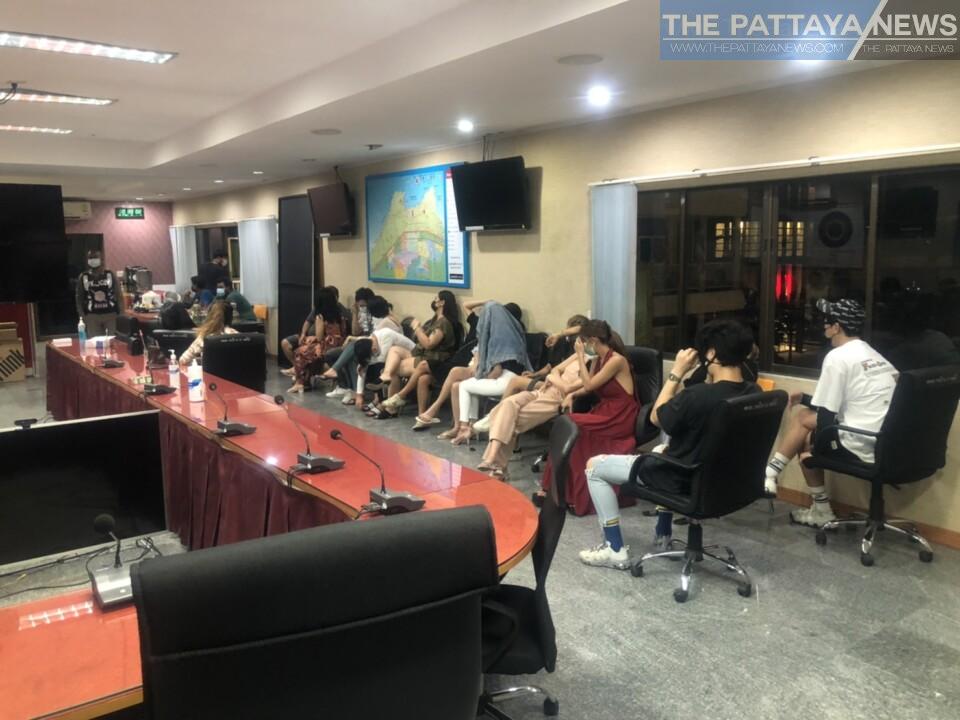 The arrest follows Pattaya police being notified from local concerned citizens as they were reportedly concerned about the Covid -19 situation and chance of the virus potentially spreading.

Shisha has been illegal well before Covid-19, notes the Pattaya News.

Pattaya City Police will also partner with Banglamung district officials to consider closing measures against the venue and to identify the owner of the business. 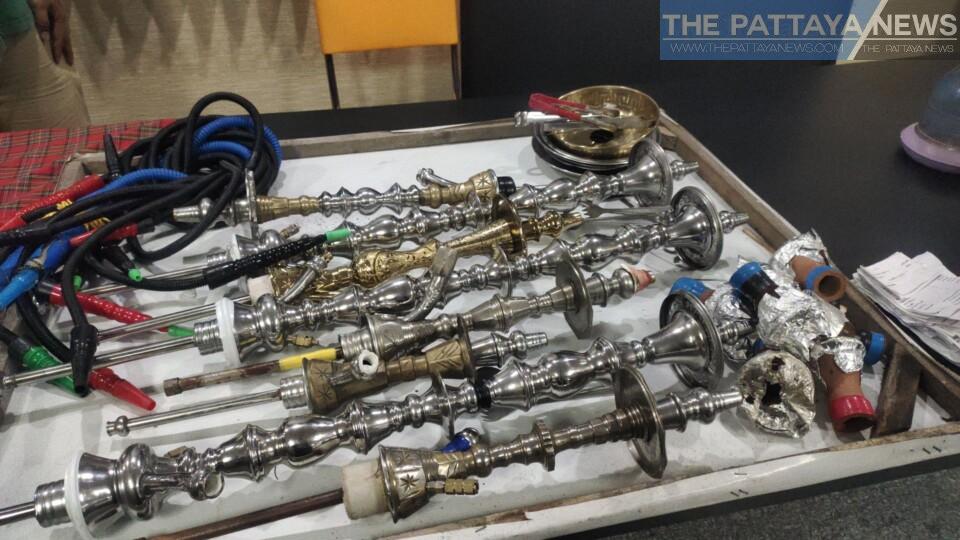 Under the current emergency decree measures in effect in Thailand, strict penalities that could range in the tens of thousands of baht and/or jail time could be applied to all of those arrested, including the customers, last night. Mingling, socializing, and gathering in public, especially with people not from one’s own household and alcohol, remain against the current Chonburi communicable disease orders that remain in effect until further notice. 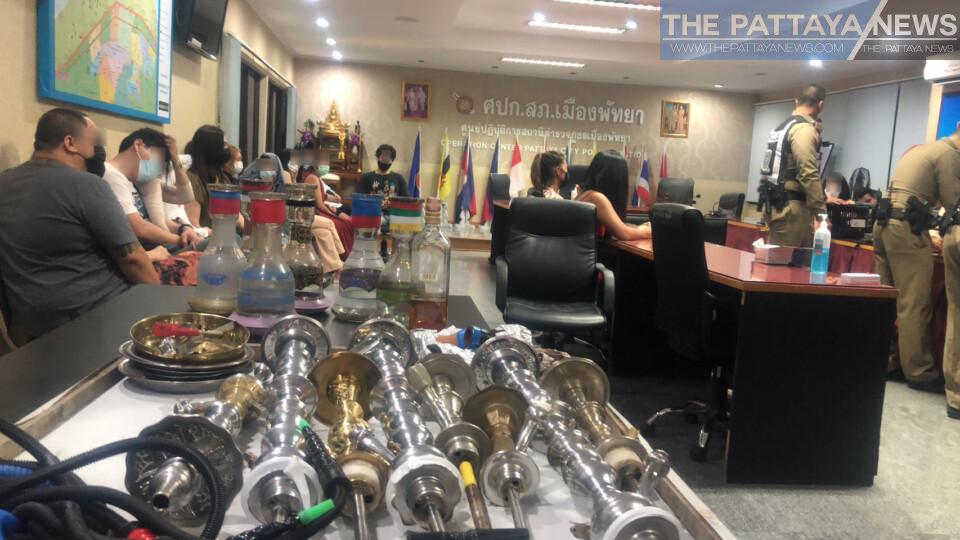