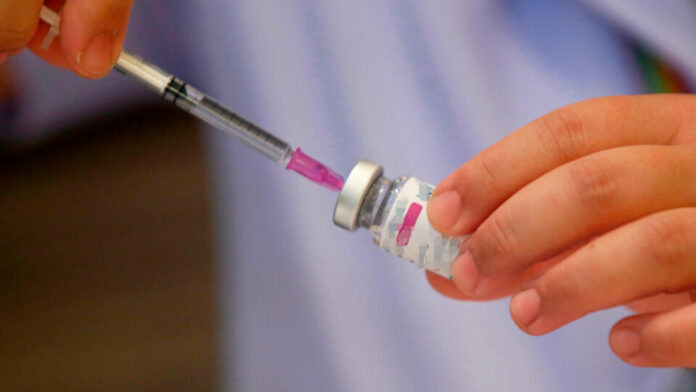 During the third wave of the Covid-19 Coronavirus in Thailand, vaccination seems to be the only way to cope with the outbreak as well as to regain people’s confidence in the government, the country’s economic status, and the international perception towards the country, according to numerous organizations both pro and opposition to the Thai government.

Thailand is currently at the stage of vaccine distribution towards medical personnel, seniors above 60 years old, people who are in high-risk groups, tourist industry workers, people who are working in public services that are at risk of the spread of the virus (motorcycle taxi drivers, bus drivers, etc.), and those who are living near current clusters, particularly in crowded communities in Bangkok. 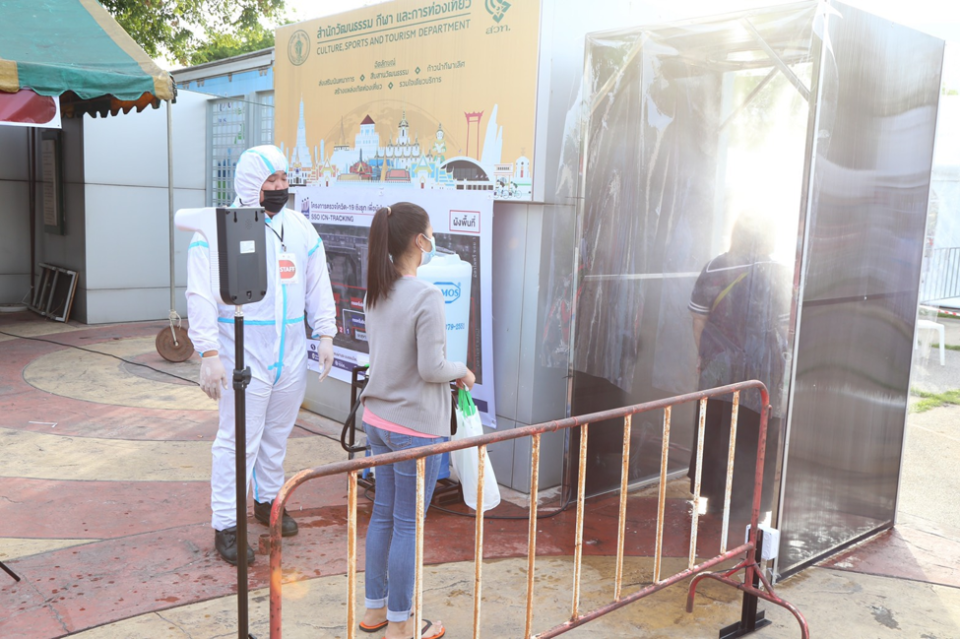 The Bangkok Metropolitan Administration (BMA) has just opened its online platforms for Covid-19 vaccine registration for people between the age of 18 to 59 years old for the first time this afternoon, May 27th. The registrations can be done from 12:00 PM. onwards at www.ไทยร่วมใจ.com, Pao Tung application, or convenience stores (7-11, Tops Daily, FamilyMart, and Mini Big C).

Three major service providers in Thailand, AIS, DTAC, and TrueMove H, have also opened registration platforms to receive the first shot of Covid-19 vaccination at Bangsue Grand Station of the capital next month for Thai nationals. This could vary from province to province.

Hundreds of private hospitals and 25 out-of-hospital vaccination centers in Bangkok are now providing, according to the Thai government, vaccination inoculations for people who register beforehand. The vaccines that will be used are Sinovac and AstraZeneca, depending on individual age and group registered. There is not, however, an open registration currently at EVERY hospital and multiple reports have been sent to TPN media of potential customers being told new registrations are not being accepted. Some hospitals are reportedly accepting to put people on lists to inform them when vaccines are available, but not all. As the situation changes on a near-daily basis, providing a complete list would not be feasible at this point. 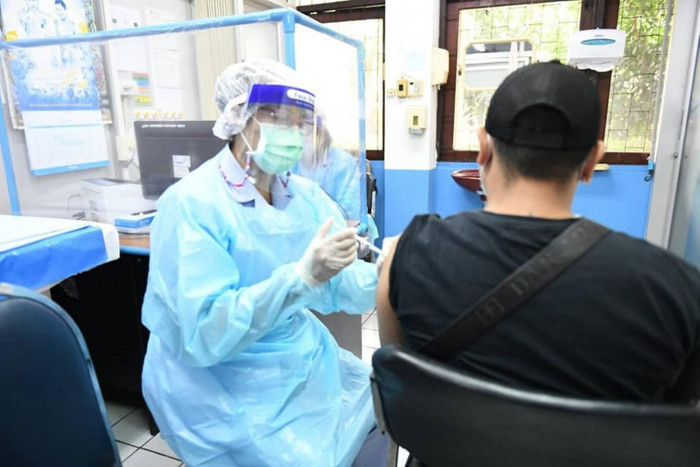 In other provinces, vaccine distribution is being conducted at local hospitals for medical front liners and high-risk groups, prioritizing people with health conditions and seniorities over 60 years old. The registration can proceed differently in each province, according to the announcement of local authorities in certain provinces. Tourist-driven provinces like Phuket and Pattaya are also reportedly focusing on tourism workers.

Group vaccination for companies/staff are also allowed for private and public sectors nationwide. The companies can contact their Provincial Communicable Disease Committee in the province for registration. Large enterprises with personnel in many provinces, foreign agencies, and international organizations can contact the Department of Disease Control. Some foreigners have fallen into this category. Regarding the government program registration for foreign nationals with long-term visas in Thailand, it is planned to be opened on June 7th, according to the initial plan as announced by the CCSA. The on-site vaccination centers will be the hospital that has their health records or designated hospitals listed by the Ministry of Public Health. This list of designated hospitals has not yet been released. More details of the registration would be provided by local authorities prior to the starting date. Vaccines would likely be AstraZeneca. Those on tourist visas would need to pay for a vaccine and would not be eligible for the government program, according to the information released so far. Long-term visas would be ones like retirement, marriage, work permit, family, etc. Some workers with work permits have had success with their company registering them as stated above.

TPN Media notes that this is a VERY FLUID situation and subject to change. We have got many emails that some hospitals are accepting pre-registration and others are not. We will continue to monitor the situation and encourage our readers to mail us with any personal experiences, positive or negative, around finding vaccine registration on the ground. We would advise most foreign nationals to wait until more solid information is released from the Thai government, expected around June 7th.

Registering at a private hospital for a “paid” vaccine-like Moderna would need to be handled with that hospital. There is no timeline, dates given or idea when these would be available with some early information hinting at October.

AstraZeneca would be the main vaccination for both Thai and foreign nationals applying for the government program. Alternative vaccinations would be distributed at private hospitals for sale at about 3,000-4,000 baht according to estimates from the Ministry of Public Health, although this price is not “set in stone”. It has not been confirmed by the Public Health Ministry which brands would be imported for local allocations, but there is the possibility that the first two brands of vaccination, Johnson & Johnson and Moderna, are likely to be imported into the country as they are already been approved by the Thai FDA.

According to the CCSA’s initial plan, about 100 million doses should be distributed among 70 percent of the total population in Thailand in order to create herd immunity. The first round of shots is planned to be completely inoculated by the end of October and the second shot is planned to be by the end of the year.

Vaccine information changes nearly daily in Thailand and we will continue to keep you updated as the situation is very fluid. Part of the reason for this is that many provinces are implementing their own plans from their own Governor which may be different from a national plan from the Ministry of Public Health.