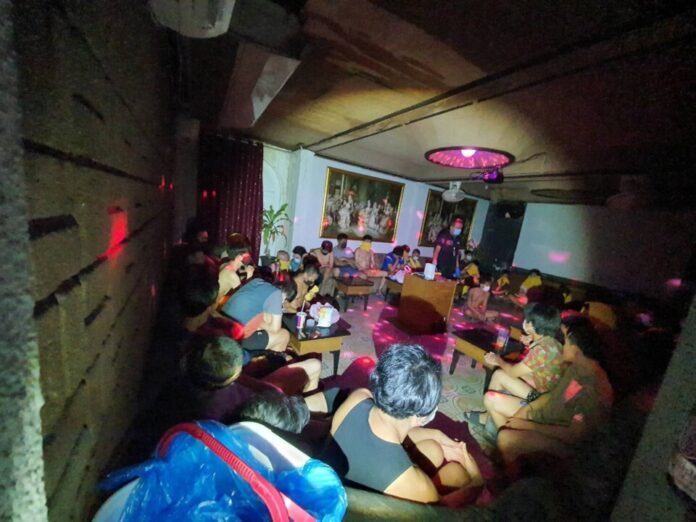 A group of 57 male party-goers was arrested at a sauna shop in the Wang Thonglang district of Bangkok yesterday, May 22nd, after reportedly gathering for illegal drug abuse and sexual activities during the current state of the Emergency Decree to prevent the spread of the Covid-19 Coronavirus.

Wang Thonglang district police raided the scene yesterday night after being alerted by local residents that a large group of people was reportedly assembling at the place for unlawful purposes, violating the Emergency Decree, the Communicable Disease Control Act, and the announcement of the Bangkok Metropolitan Administration that currently bans all social related gatherings and mingling with people outside of one’s household, especially around alcohol and parties. 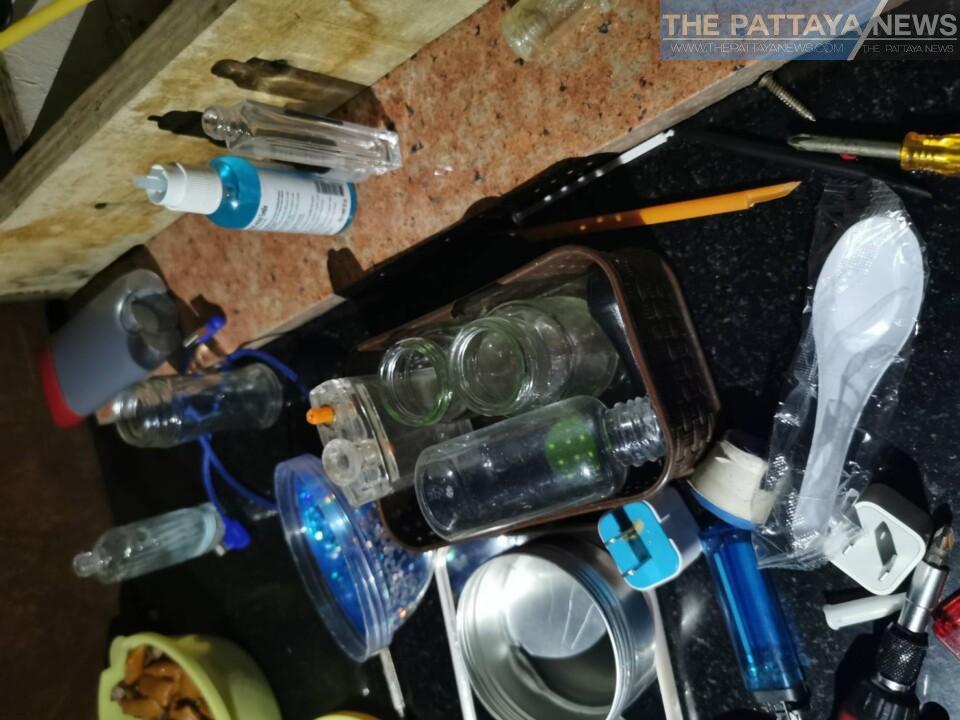 A total of 57 male customers were discovered at the shop, along with a plastic bag of crystal methamphetamine, a methamphetamine pill, an inhalant for sex arousal, two syringes, and a large number of used condoms.

The initial investigation revealed that 30 of the arrested were positive for drug use during the urine test. Of that, 14 had admitted to allegedly using crystal meth. Sauna shop owner Chinna Kritjinda, 63, initially refused to cooperate or speak with officials. All of them were taken to the Wang Thonglang police station for further interrogation.

According to police records, Chinna had previously run an entertainment venue in Soi Pradipat 19 which has already been ordered closed for similar accusations. 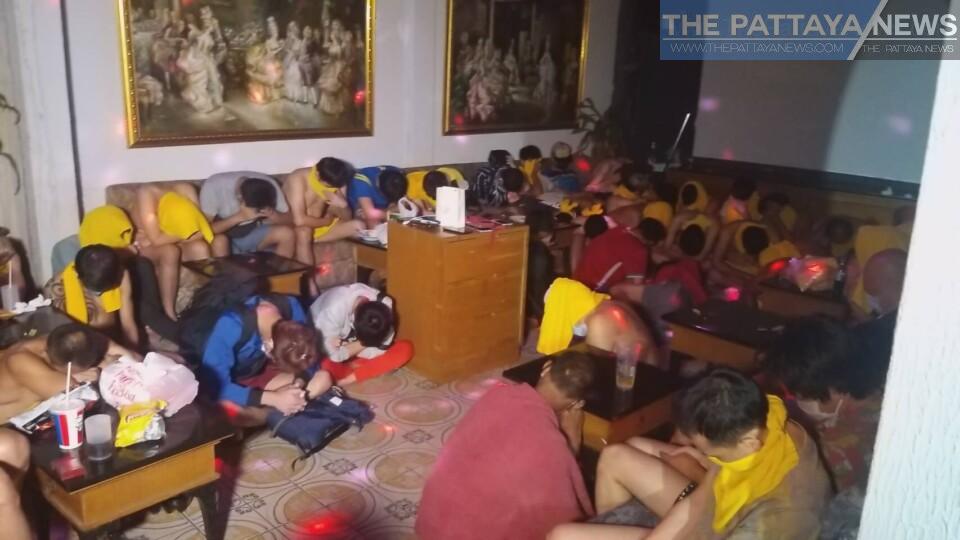