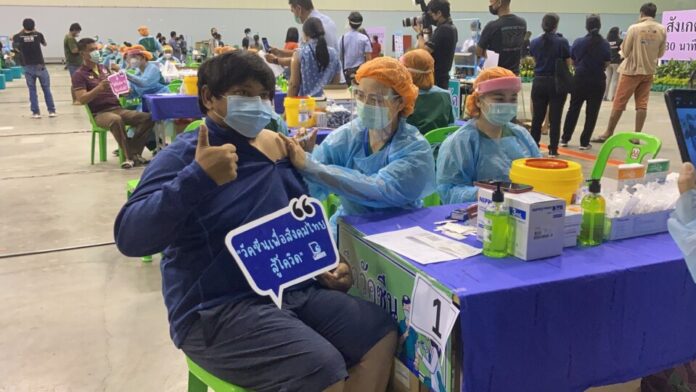 The first day of the local Covid -19 mass vaccination campaign has begun today (May 20th) in Pattaya and Banglamung to start to get the majority of the area vaccinated in advance of being able to bring back vaccinated foreign tourists later this year.

The Pattaya City Mayor Sonthaya Khunplume told The Pattaya News, “Pattaya and Banglamung have received 20,000 doses of Sinovac vaccines. The plan is to vaccinate first responders, medical officers, and people who are working in ‘high-risk’ occupations with this batch of vaccines.”

High-risk occupations, notes The Pattaya News, are primarily those in the tourist industry or hospitality who are customer-facing. Limited vaccinations have already been taking place for weeks in Chonburi and Banglamung, but were focused on medical staff, the elderly and vulnerable, and essential government staff. Many of Banglamung’s officials and health workers are already fully vaccinated. 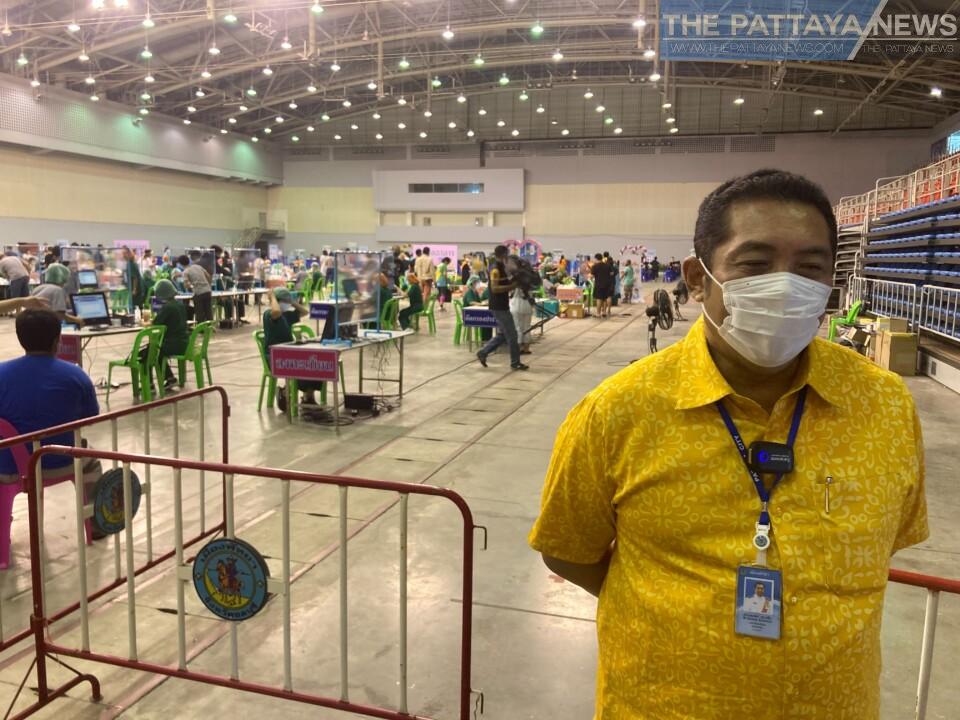 “10,000 doses of Sinovac vaccines are being injected in two days at/from five places which are at the Eastern Indoor Athletics Stadium, Pattaya City Hospital, Bangkok Pattaya Hospital, Pattaya Memorial Hospital, and Pong Municipality for those who have registered in advance.” The Mayor continued.

“Of those 10,000 doses, 4,000 doses are being vaccinated to residents at the Eastern Indoor Athletics Stadium in Soi Chaiyapruek 2. Ten percent of the vaccine was available for ‘walk-in’ which was quickly full. “ Mayor Khunplume added.

The Pattaya News noted that walk-in was suspended by Prime Minister Prayut earlier this week, however, instead “on-the-spot” registration is available. It is not immediately clear how this differs, although the on-site registration, according to officials, allows the opportunity for better social distancing versus just walking with no guidelines for a Covid-19 shot. Bangkok, which has the majority of infections and Covid-19 outbreaks currently, is not allowing any walk-ins at all, however, some provinces may end up allowing the process if they are deemed to have supplies and sufficient social distancing. 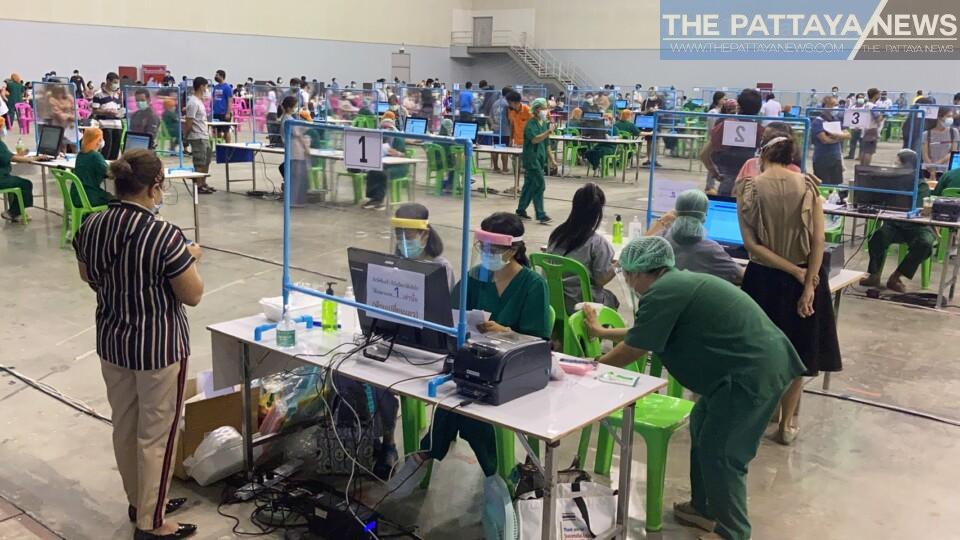 The Banglamung District Chief Mr. Wuttisak Singhadaechoe told The Pattaya News, “Banglamung will receive 100,000 doses more of the AstraZeneca vaccine in June. This shipment will allow us to get a significant majority of the local population inoculated.”

The exact population of Pattaya is a question mark. Prior to Covid-19, the official population was 119,530. However, this did not include many foreign residents or migrant workers as well as tens of thousands of mostly informal hospitality workers. Due to Covid-19, the population of Pattaya is believed to have fallen by as much as half, although exact estimates are nearly impossible to tabulate. The 100,000 additional doses, which will require two shots for inoculation, will serve 50,000 Pattaya residents and go a long way however for Banglamung.

It was reported by officials that there was some slight disorganization when people who had arrived before their appointment time did not understand the process. However, the problem was quickly solved and overall the process and procedures went well, according to both the Mayor and the District Chief. 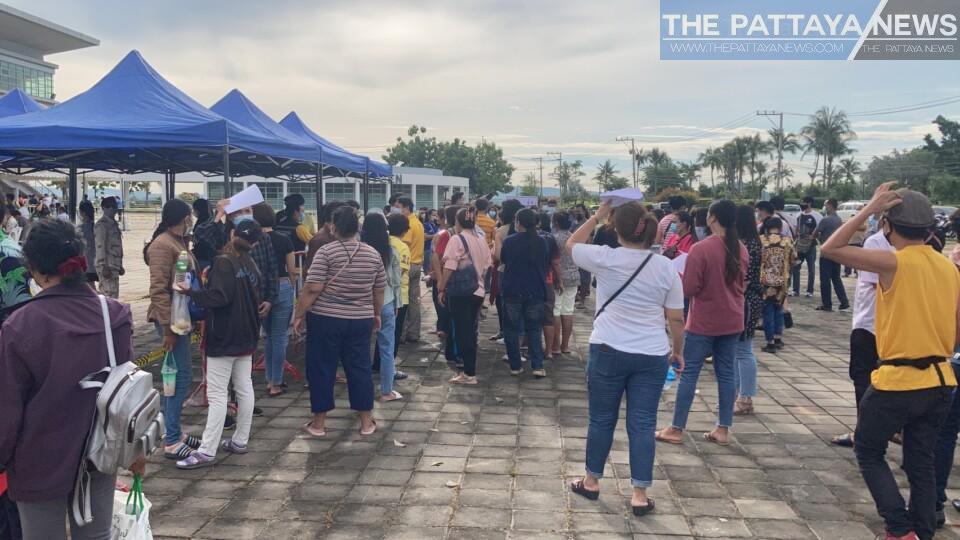 Mayor Sonthaya also visited a second vaccination location. He told The Pattaya News, “1,000 doses per day are being vaccinated here in two days. No problems were found here during the vacination. Most of the people that have already been vaccinated have no side effects and said they feel great. ”

As seen in the photo, some foreign residents were seen able to successfully get a vaccine. Nearly all had done so through employment and work permits at companies deemed “high-risk” who managed to get their foreign workers onto the list. The majority of foreign ex-pats, who may be on retirement or other visas, will be able to apply “in the near future” stated the Mayor. This is likely to be as early as June with the arrival of 100,000 AstraZeneca doses for the local area. Huay Yai foreign residents had also been previously allowed to register at their municipality, although this was a municipal decision and not applied to the entire district of Banglamung or Chonburi. In total 20,000 people in Banglamung including Pattaya will be vaccinated in the next two days. 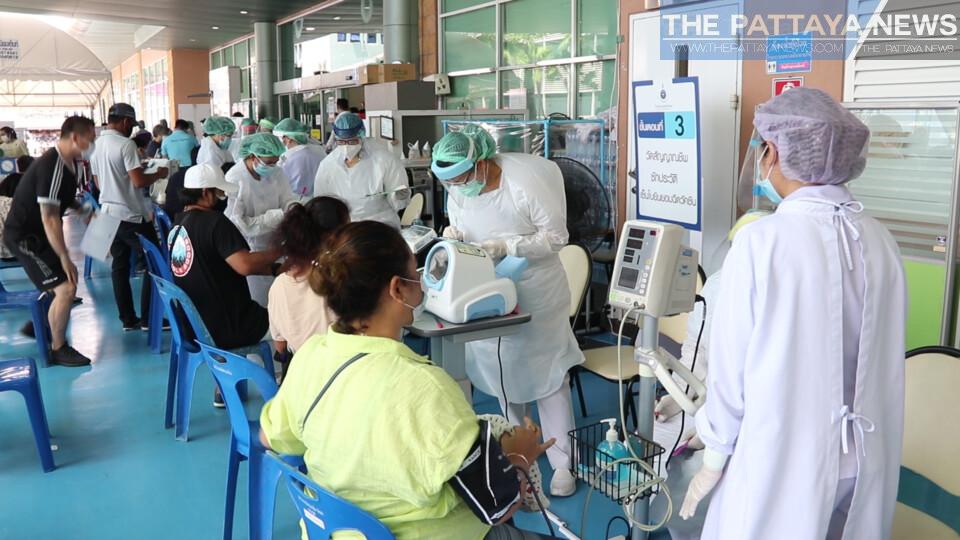