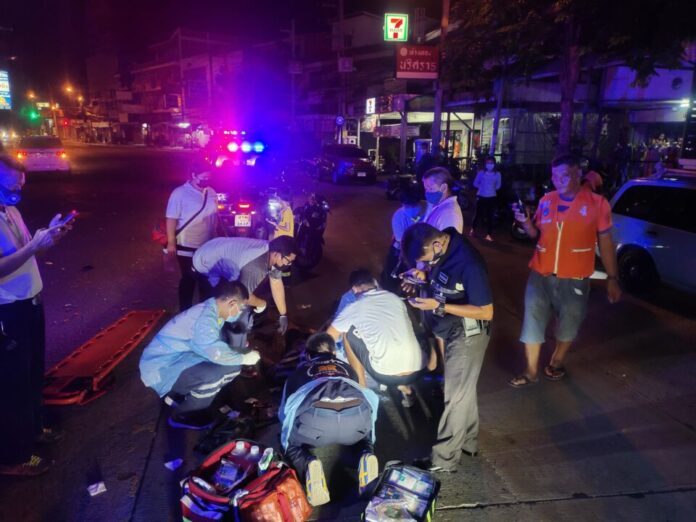 A 51-year-old female motorcyclist was seriously injured after reportedly crashing into a car in the opposite lane in front of Soi Chalerm Prakiat 35 in the Banglamung district, Chonburi, during the early hours of this morning, May 16th.

Rescuers from Sawang Boribun Thammasathan and local police arrived at the scene after being alerted of the incident around midnight. Motorist Narumol Kaewmanee, 51, was discovered and rushed to the hospital for treatment. Her crashed motorcycle was spotted at the front of an SUV vehicle that was also damaged from the accident. 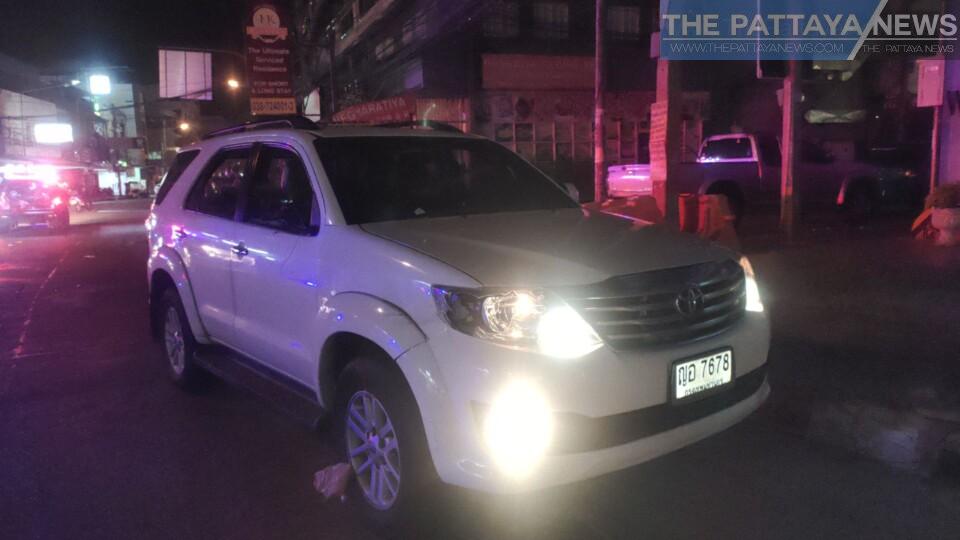 SUV driver Suchao Deesangdokmai, 38, told the officer that she was heading home along the third South Pattaya road when the incident occurred at a curve. The black motorcycle driven by Narumol was reportedly coming from the opposite direction and crashed into the front of the car. Suchao was not injured during the accident.

Pattaya police then began investigating the area, checking the CCTV footage nearby before taking the SUV driver for further questioning and a daily report at the police station.