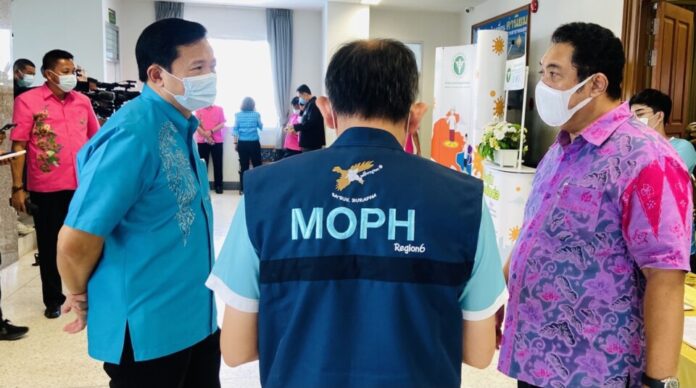 The Thai Royal Gazette released an order this evening approving a proposal made by the Center for Covid-19 Situation Administration (CCSA) earlier today to change zone coding in the country that regulates general restrictions and measures related to Covid-19 in the Kingdom.

The order, which takes effect on Monday, May 17th, 2021, reduces the highest and strictest control zones, or dark red, to four areas from six previously: Bangkok, Nonthaburi, Pathum Thani, and Samut Prakan. Chonburi has been dropped to a “red zone” or controlled, and Chiang Mai has been dropped to an “orange zone”, or surveillance.

Amongst other measures, the main measures reduced for Chonburi readers, the majority of our audience, is dine-in will be allowed with normal seating until 11:00 P.M. (Although the Governor could strengthen this rule if he chooses.) In “Deep Red” zones, like Bangkok, dine-in will be allowed at 25% capacity until 9:00 P.M. and take-away until 11:00 P.M. Orange zones allow dine-in as normal. Alcohol sales are forbidden at restaurants Kingdom-wide, and bars and entertainment venues must stay closed across the country.

TPN media notes that the Chonburi province will also need to release guidelines and orders, which should be over this weekend, and give guidance around their provincial restrictions. Governors are allowed to strengthen rules, but not weaken them.

Most measures and closures are regulated at a provincial level, so rules around items like gyms, pools, massage shops, beaches, and other venues will be released by the Chonburi government at a later time.

The order also contains an official waiver for mask-wearing at organized official meetings where someone may need to give an official speech or opinion and has either been vaccinated or recently taken a Covid-19 test and proven they are not infected but must follow disease control measures, be socially distanced, and only remove a mask if involved in discussions or speaking.

The remaining provinces are orange.

We will update you on province-specific orders as soon as they are released.