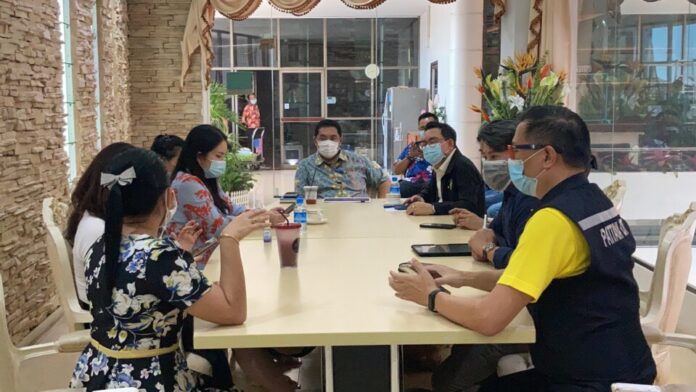 The Chonburi Department of Public Health announced 33 new and confirmed cases of Covid-19 this morning (May 15th), the lowest since April 7th, 2021.

Additionally, 2,372 people in total have now been released from medical care and fully recovered since this current wave began. 97 people were released yesterday.

In the last day, a total of 353 close contacts were tested from contact tracing, and 936 people were tested in proactive testing when medical staff goes out into the community.

All are pending results. Additionally, another 250 people were tested from Royal mobile testing vans and are also waiting for results as officials step up aggressive community testing.

Later today officials with the Thai government are expected to meet around reviewing zone designations and restrictions, although there is no guarantee of changes.

Chonburi Public Health officials are cautioning that although cases are falling due to proximity to Bangkok where cases remain high to stay on alert and if possible work from home and not to associate with people who are not members of your own direct household until the situation improves.

The official guidance is to stay home and not travel, although there isn’t a curfew or stay at home strict order.