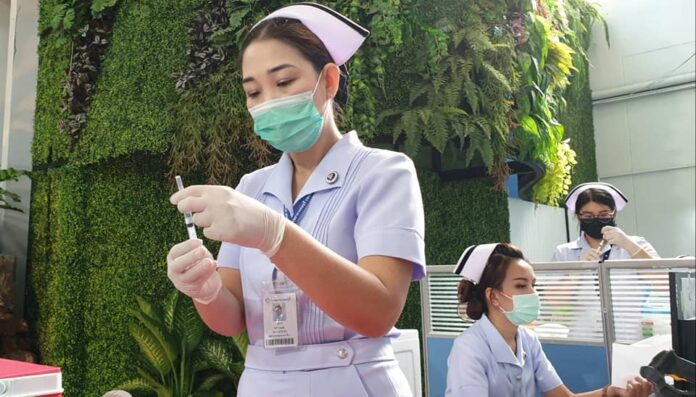 The number of Sinovac vaccines scheduled for a mid-May arrival in Banglamung and Pattaya has been decreased from 30,000 doses to 20,000 doses, according to city officials this evening, May 14th, 2021. Vaccination dates have also been slightly postponed due to the lack of trained medical staff for this first major batch of vaccines.

The Pattaya City Deputy Mayor Manot Nongyai told local Pattaya media today, including The Pattaya News, “The number of Sinovac Covid – 19 vaccines set for mid-May has been decreased from 30,000 doses to 20,000 doses. (The Pattaya News notes that we had previously been given a number of 40,000 earlier this month, although that has also seemingly been reduced due to ongoing outbreaks of higher urgency in the Bangkok area) The Chonburi Public Health Office said the reduction is primarily due to limited doses available at a national level at this exact moment and that other areas were a higher priority due to ongoing outbreaks. This is expected to be resolved, however, in only a few short weeks with the majority of Thailand’s vaccines expected to start arriving from locally produced AstraZeneca. We are still on track for our plans to re-open to foreign tourism by October.” 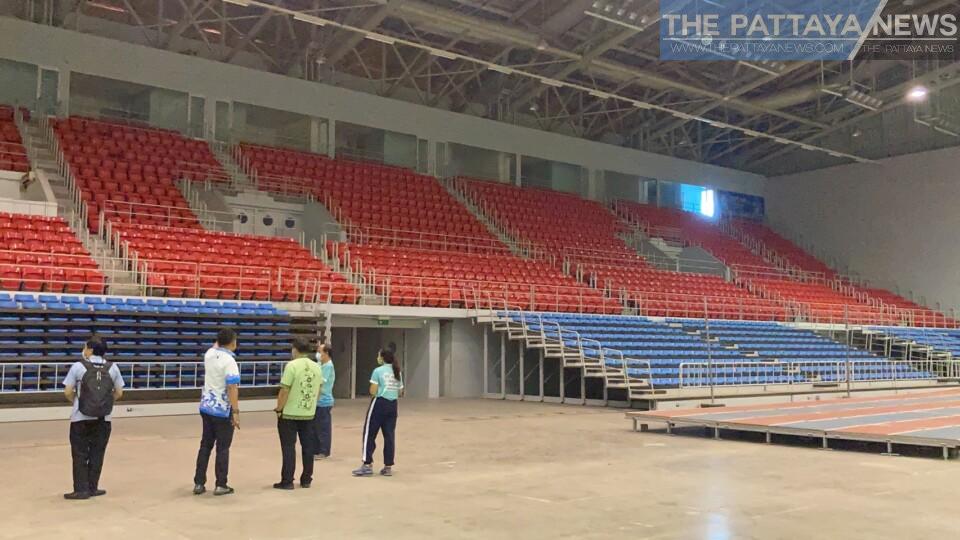 “This batch of vaccines was originally scheduled for a vaccination date of May 17th -18th”. However, we have a problem with not enough medical staffers for the vaccination, and safety is our top priority so will be delaying the plan very slightly.” The Deputy Mayor continued.

“Before we had planned for five places for the vaccination but now that has been decreased to four places which are at the Bangkok Pattaya Hospital, Mueang Pattaya School, Pong Municipality, and Eastern Indoor Athletics Stadium. We will inform the public through our social media channels such as Pattaya PR and Chonburi PR when these dates are in place as well as those who have previously registered through online channels.” stated the Deputy Mayor.

The city has continually said foreigners will be able to get a vaccination under the free program, although that registration process has not yet taken place. Banglamung has previously inoculated high-risk occupations like medical staff, first responders, law enforcement, and city leadership. This delay is only for the current round of inoculations, notes The Pattaya News, with many more rounds still scheduled as the city plans to get the vast majority of the local population inoculated within only a few short months. The city is planning to allow walk-in if supplies are available in the future, but those dates are not yet available.

The plan, according to Pattaya City and multiple Thai tourism associations, and the Thai Tourism Authority is to get 70% of the local population inoculated in time to open for “High Season” in quarter four this year to vaccinated tourists with no quarantine and re-open the cities shuttered tourism industry.